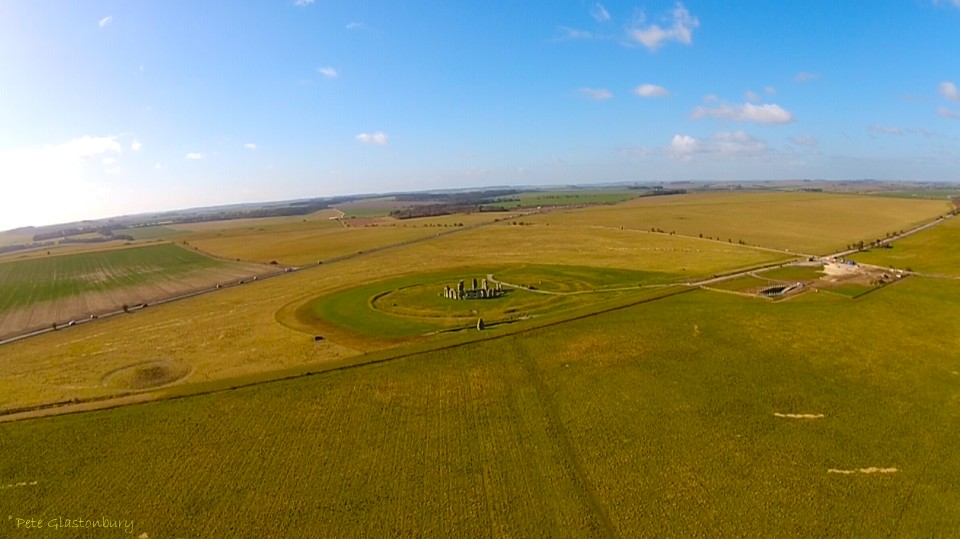 WRITTEN BY Austin Kinsley ON 22/08/15. Stonehenge Avenue POSTED IN Stonehenge

Above is a photograph of the final Stonehenge Avenue approach to the monument from the northeast. English Heritage states  ‘Recent excavations have shown that the line of the Avenue follows the line of natural geological features — gullies and banks in the surface of the chalk, formed at the end of the last ice age, but which could have been visible as shallow ridges to the builders of Stonehenge. The Avenue was probably constructed in about 2300 BC, more than a century after the great central stone structures had been built. It is interpreted as a ceremonial approach to Stonehenge. Following the solstice alignment in its first straight section, the ditches and banks then curve off to the east before sweeping off down to the River Avon.’

The most recent Stonehenge World Heritage Site landscape project report on the Avenue and Stonehenge Bottom is here. Along the above photographed length of the Avenue north of the monument, it is aligned with sunrise on the summer solstice. William Stukeley observed in Stonehenge, a Temple Restor’d to the British Druids in 1740  here that ‘Plutarch in the Life of Numa says the ancients observ’d the rule of setting their temples with the front to meet the rising sun’. He also observed of the section of the Avenue extending immediately north of the monument ‘This avenue extends itself somewhat more than 1700 feet, in a strait line, down to the bottom of the valley, with a delicate descent. I observe the earth of the ditches is thrown inward, and seemingly some turf on both sides, thrown upon the avenue.’

The image below, taken in August 2013 and courtesy of Pete Glastonbury, clearly shows the section of the Avenue north of the monument aligned with the summer solstice sunrise. Also visible in this image is the easterly turn of the Avenue. 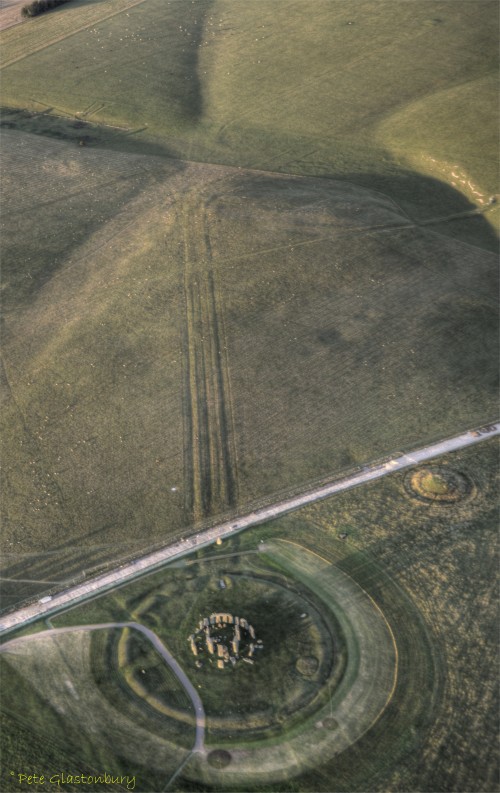 William Stukeley concludes his chapter on the Stonehenge Avenue in Stonehenge, a Temple Restor’d to the British Druids with ‘This avenue is proof enough (if there needed any) that our work is a temple not a monument, as some writers would have it. But it requires no confutation.’

Last summer I guided an American friend and her family around the Stonehenge landscape and we walked the section of the Avenue visible above. There are two distinct areas where walking at ground level due to the shape of the landscape, Stonehenge itself is rendered temporarily invisible, to become completely visible again a number of paces later. 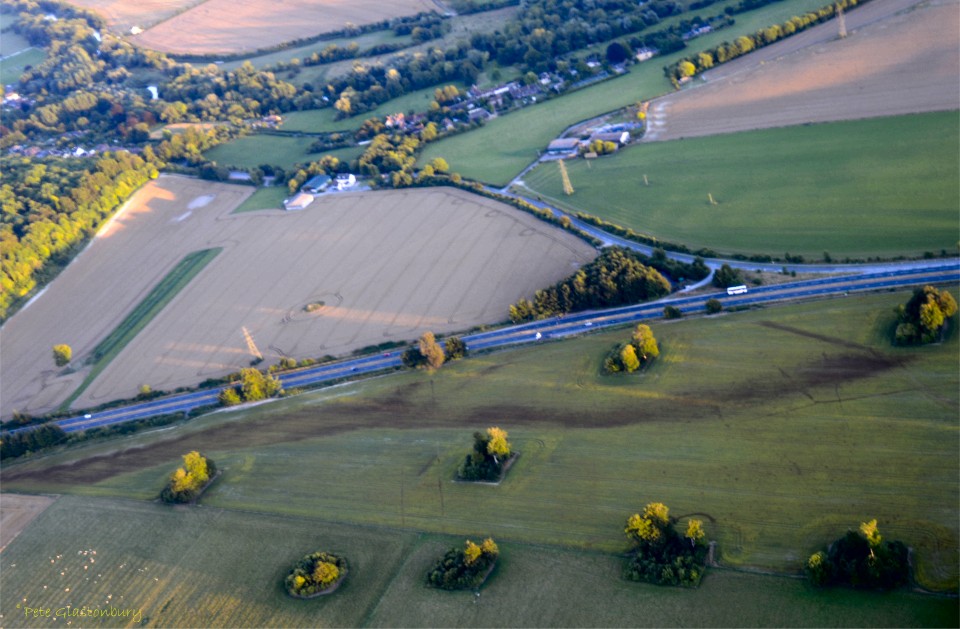 The photograph above was taken by Pete Glastonbury in August 2013, and reveals a little seen part of the Stonehenge Avenue. It shows up in this field of flax as two parallel lines running towards the A303 road. There is no sign of the Avenue further south in the wheat field as it runs across the field towards West Amesbury House, terminating at the West Amesbury Henge by the River Avon.

The photograph below is a 1915 map of the section of the avenue running north east of Stonehenge aligned with the summer solstice sunrise. 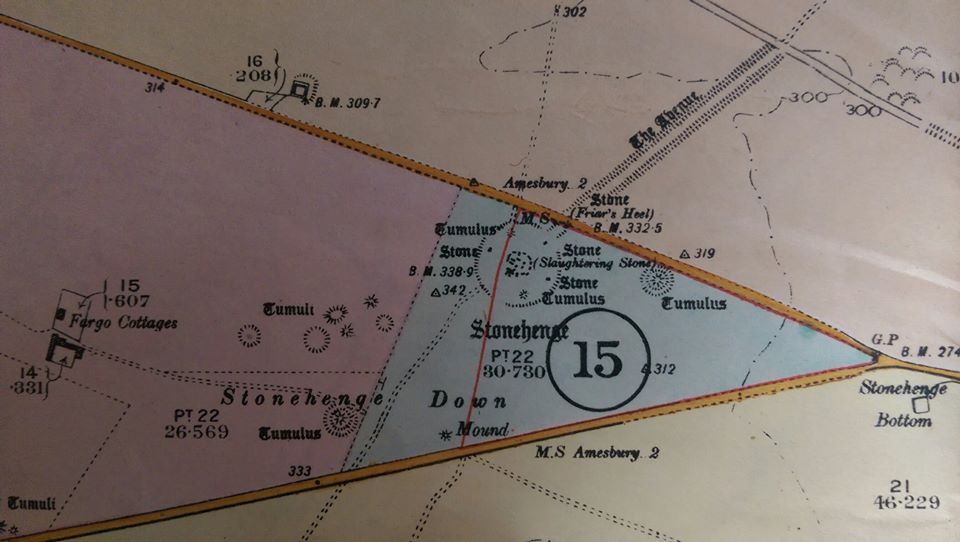 1915 Map of Stonehenge and the Avenue

Thank you Pete Glastonbury for the photographs. 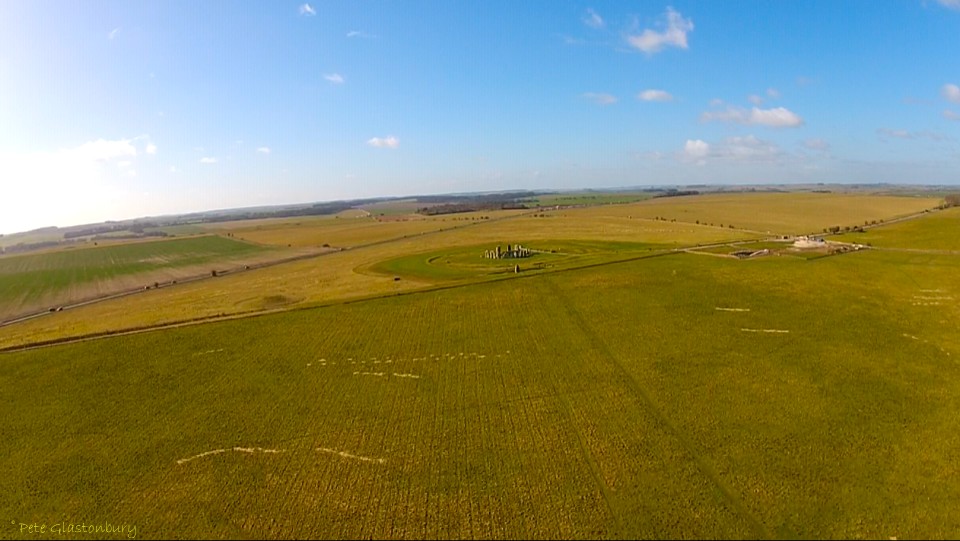