The Lure of Stonehenge 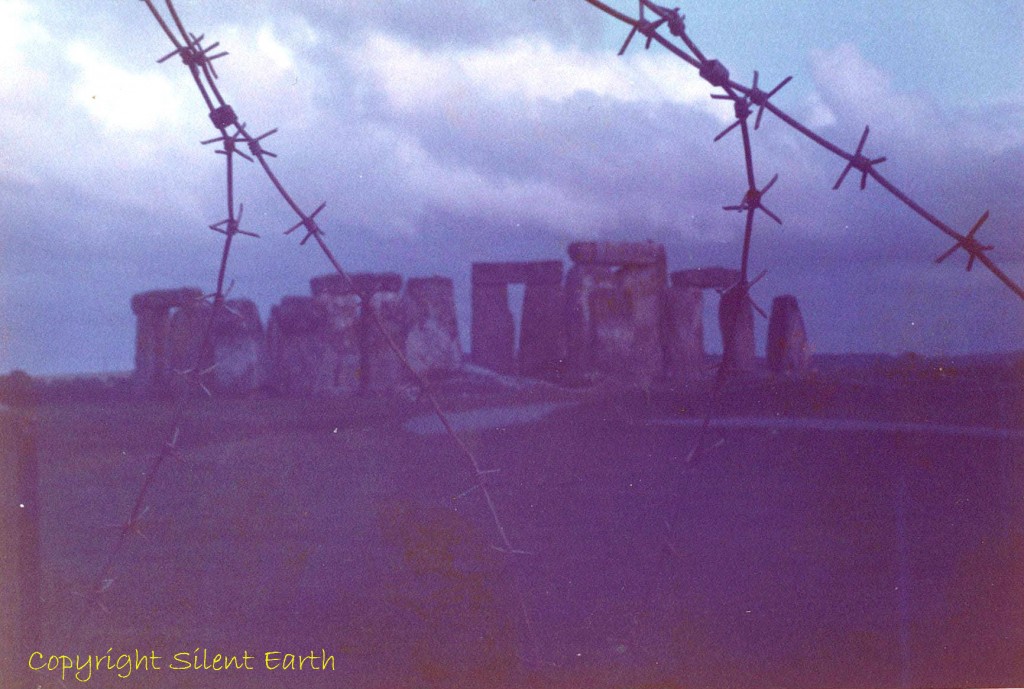 WRITTEN BY Austin Kinsley ON 25/10/15. The Lure of Stonehenge POSTED IN Stonehenge

The lure of Stonehenge is self-evident by the millions of annual visitors who gather daily from the four corners of the earth and take time out from their time poor modern day lives to cast their eyes upon the stones. My personal ‘journey to the stones’ began as a teenager living in Bournemouth on the central south coast of England. At that time, it was traditional for many of my peers and myself to spend a week or so camping at the ‘Henge’ prior to the summer solstice, and to experience the day with the longest period of daylight at the monument, after staying up all night to welcome in first light and the dawn. At the heart of the ‘lure’ for me, something impossible to capture in words, was an integrity that was honest and pure, even spiritual, which transcended the true ‘anarchy’ that was the Stonehenge Free Festival, and was somehow personified in the monument and its location.

The photograph above is a scan of the first ever photograph I took of Stonehenge during a visit to the Stonehenge Free Festival. To this day it remains the most foreboding image of the stones I have taken ‘of its time’. Generations before my own, people have gathered specifically to witness the summer and winter solstices at Stonehenge, and the current ‘open access’ by English Heritage allows free access to all comers to witness sunrise at the times of the solstices, as well as the spring and autumn equinoxes.

I took the photograph below looking north east across the two eastern-most Cursus barrows. 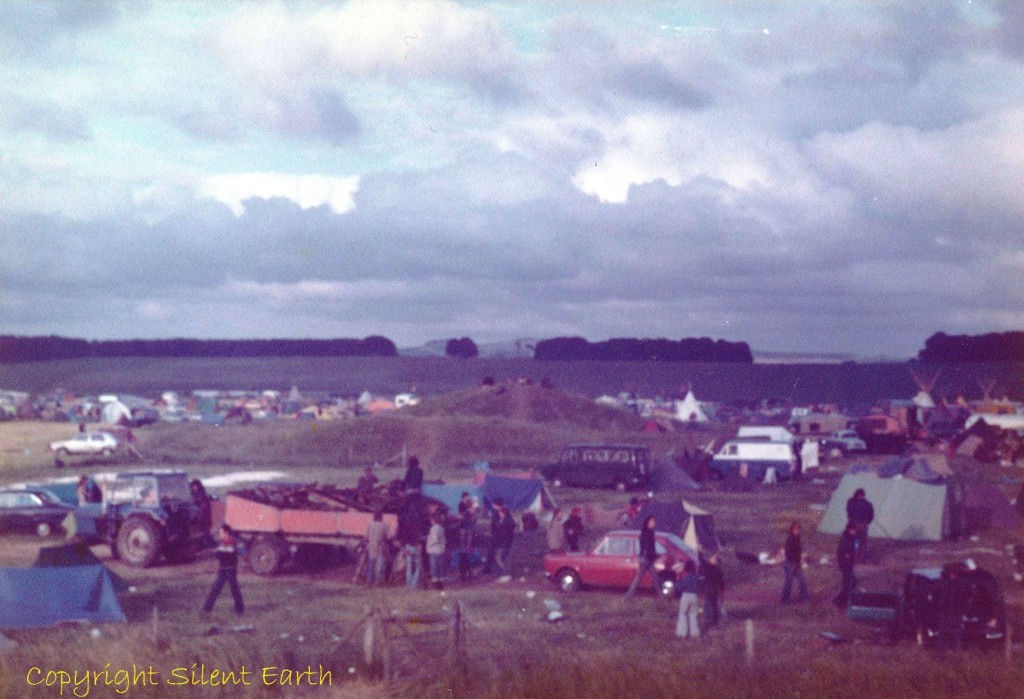 For comparison, below is a recent photograph of the Cursus barrows, and the two furthest in the background are the ones featured in my photograph of Stonehenge Free Festival above. 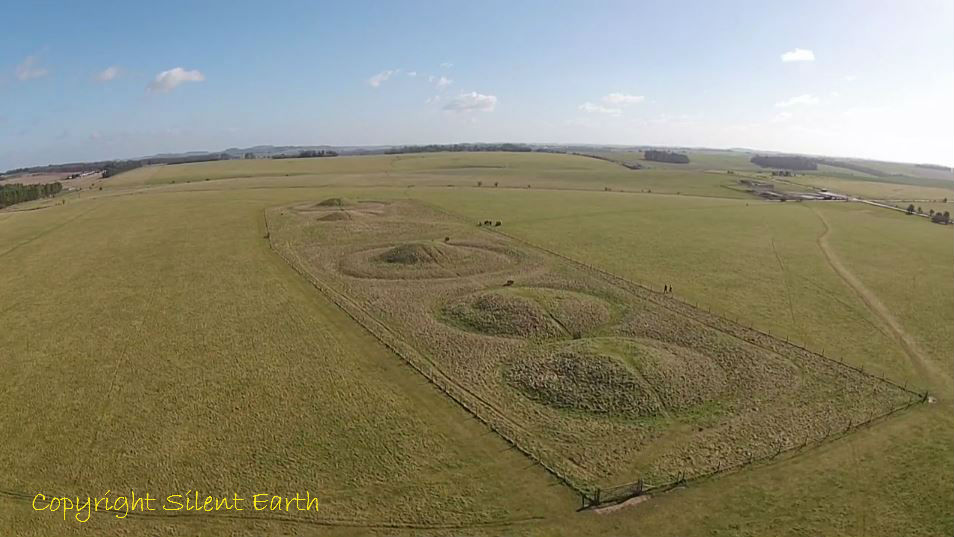 In addition to  solstices and other astronomical events that attract people from more all over the world, locals from Amesbury and the vicinity have  gathered at Stonehenge on many occasions: 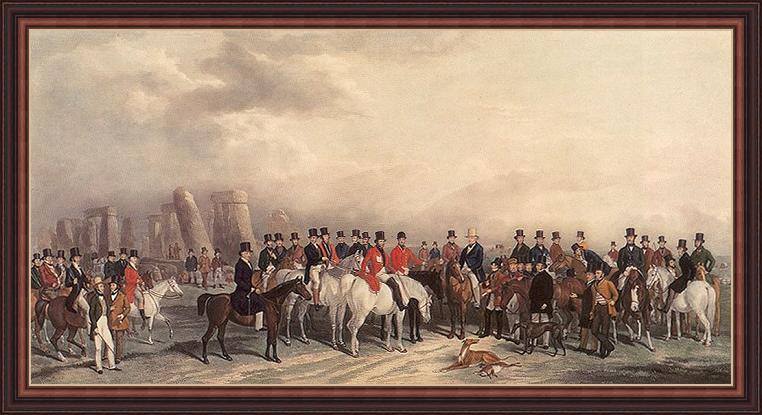 Gerald Hawkins begins his iconic 1965 book Stonehenge Decoded  ‘Stonehenge is unique.’ In all the world there is nothing quite like the gaunt ruin which Henry James said ‘stands as lonely in history as it does on the great plain.’ Immense and still it seems beyond man, beyond mortality. In its presence within those silent circles, one feels the great past all around. One can almost see and hear … until one tries to imagine precisely what sights and sounds animated that place, what manner of men moved there, in that inconceivably remote past when it was new.’ 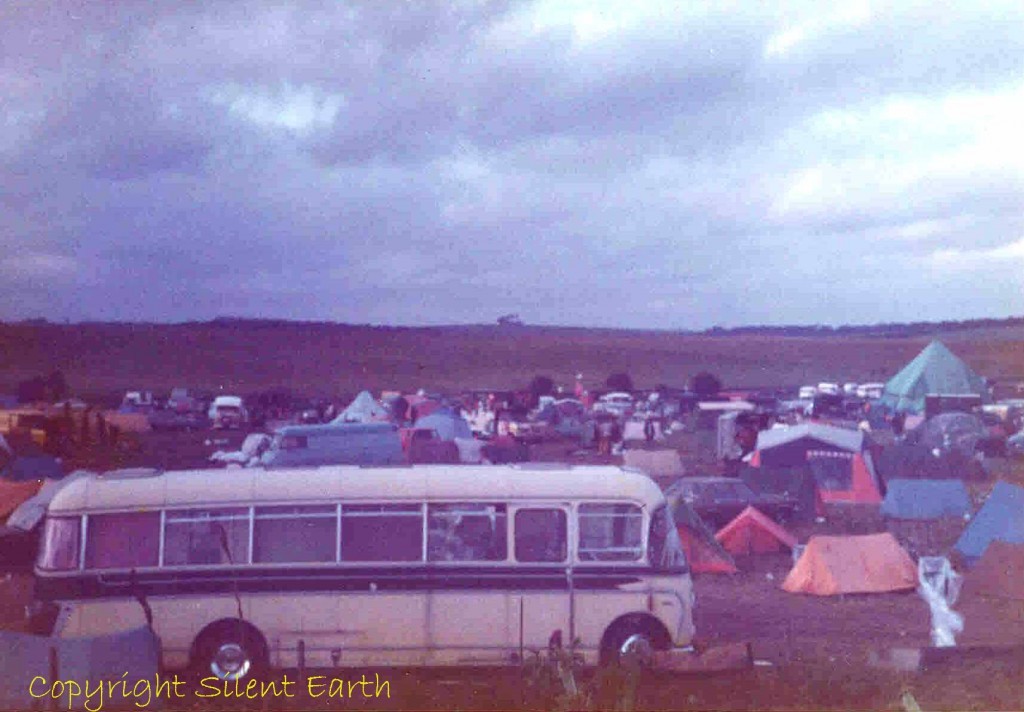 Stonehenge is just visible in the central background of the photograph below, which I annotated with the observation: ‘As I made my way from the tent across the festival site, a synthesis of sounds pierced my eardrums, David Byrne and Brian Eno’s ‘My life in the bush of ghosts‘ vying for attention in my head, along with Tim Blakes ‘New Jerusalem‘. People were chopping wood, building fires, taking drugs, and sunbathing. I made my way to the back of the festival field and walked sunwise around the cursus burial mound and glanced across the festival to beyond the petrified enigma of Stonehenge, contemplating the relationship between the festival and the stones. Inadvertently, without thinking, trying or having any reason to do so, I  fell forward, as if pushed from behind.’ 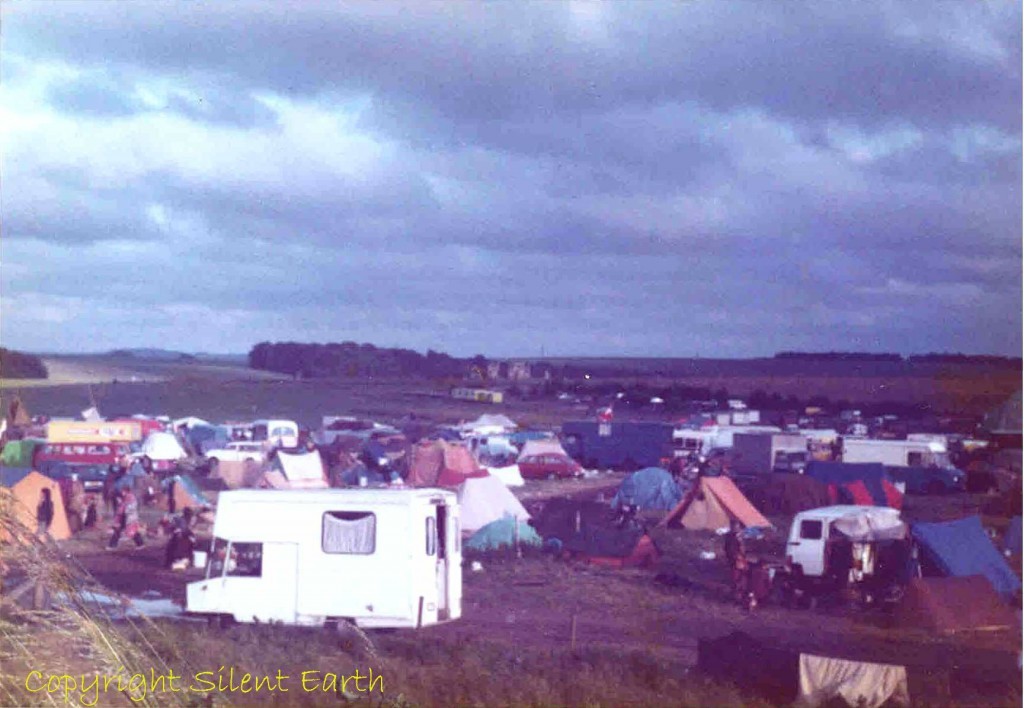 “It is indeed immensely picturesque. I can fancy sitting all a summer’s day watching its shadows shorten and lengthen again, and drawing a delicious contrast between the world’s duration and the feeble span of individual experience. There is something in Stonehenge almost reassuring; and if you are disposed to feel that life is rather a superficial matter, and that we soon get to the bottom of things, the immemorial gray pillars may serve to remind you of the enormous background of time.”    Henry James, 1875 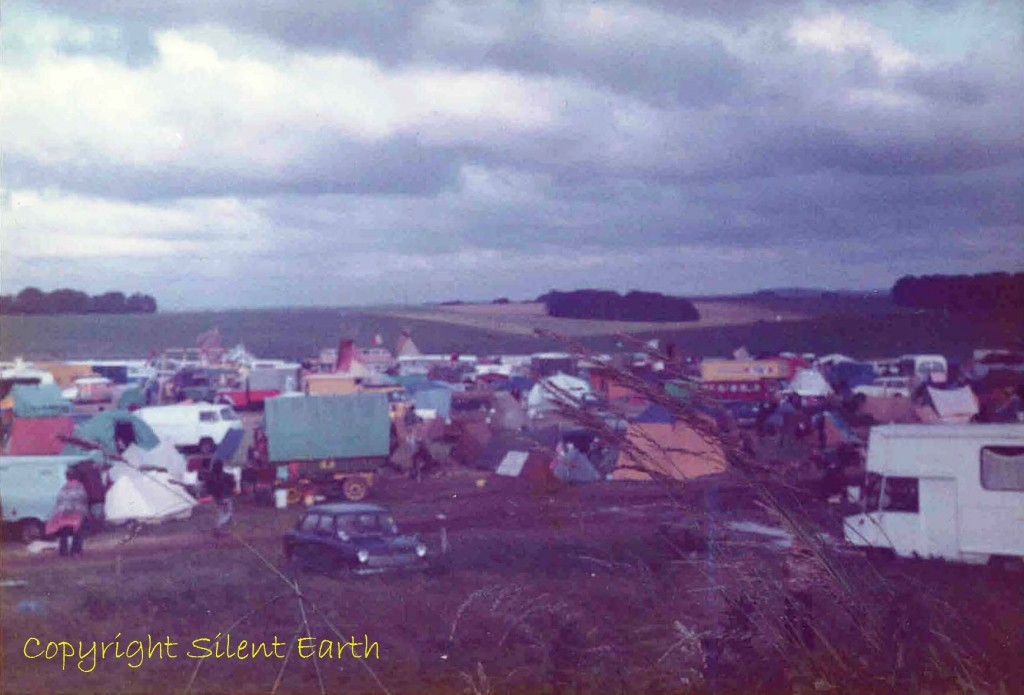 On 22 June 1956, the Salisbury and Wiltshire Journal carried the following report:

‘Fifteen military policeman were called out yesterday to restore order at Stonehenge where fireworks and an unruly mob threatened to prevent the Druids from carrying out their annual summer solstice ceremonies.

Each June an increasingly carnival like air pervades the site, beginning the night before the sunrise itself. The stone blocks are mute, but perhaps some day, by a chance discover, we will learn their secrets.

Dawn 4.30 am daylight time, Stonehenge stood black and massive against the lightening sky. From a distance it was almost imposing. The first red flash of the sun, riding just over the tip of the heel stone. We experienced primitive emotions of awe and wonder. I thought immediately of the most obvious God, the sun.’ 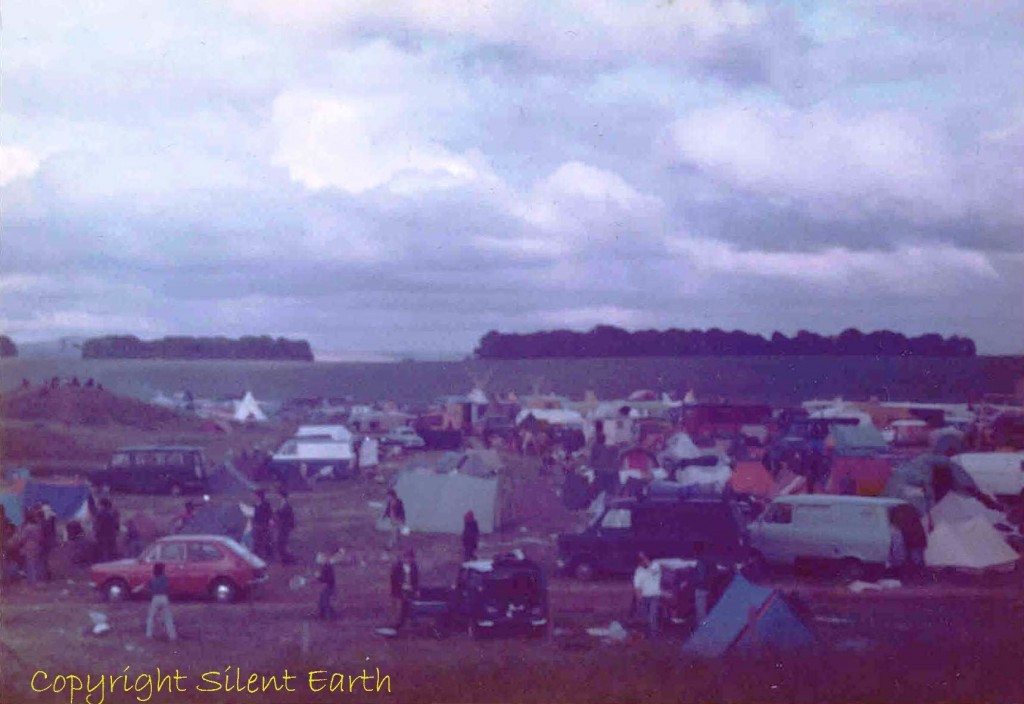 Gerald Hawkins included a thought-provoking image of ‘ A prehistoric village meeting in the midsummer dawn’, sketched from his imagination in Stonehenge Decoded:

‘It is dawn. A great crowd is gathered on the plain, for it is a special occasion, the day of the decision. The sky brightens in the east. There has been laughing earlier, and jostling to keep warm. The English night can be cool, even at midsummer. But now the people grow silent. They stand looking forward to the horizon, toward the two lone trees on the skyline. Above those trees, radiating from them as a focus, the brightening sky is spreading its colour out in a fan.

‘The priest speaks. People look carefully, if God appears at the sacred place it will be good. The prophecy is fulfilled. All omens are favourable. We will build the temple here, and God will be pleased. He will protect you in life and he will guard your spirits in death.

The chieftain, tall and strong, with the high forehead typical of his race speaks. We are honoured that our land has been chosen, by God himself for his holy temple. It will be well.

‘The sky brightens. The priest spreads out his arms. Beside him, the chief stands as in prayer. There is a moment of intolerable brilliance — an instant from eternity, the high magic moment of birth — a flash — and exactly between those distant trees, red gold, immense, God appears….

…And the next day, the enormous sanctified work began.’ 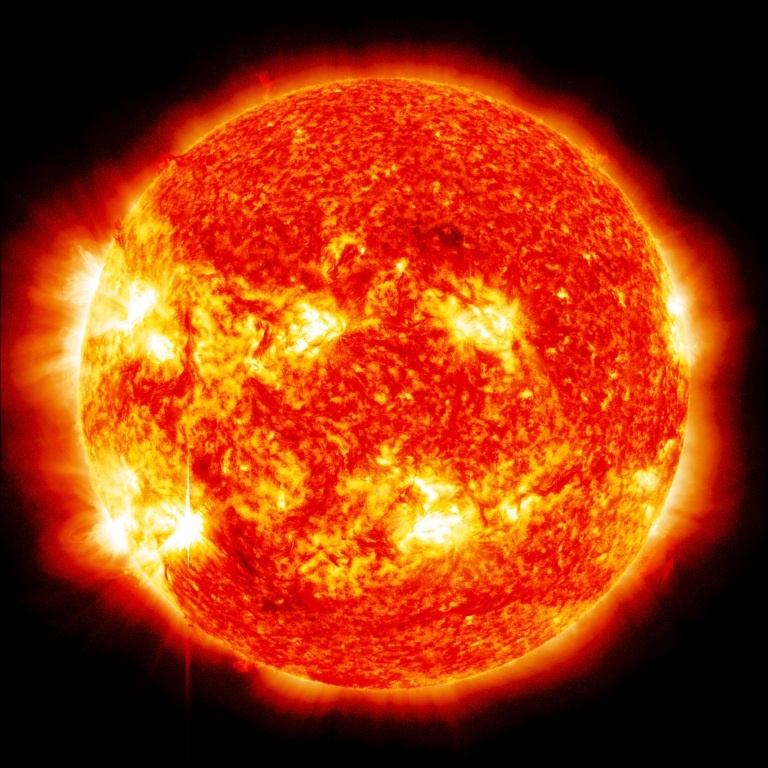 The two astronomical alignments that are widely accepted with respect to Stonehenge are midsummer sunrise and midwinter sunset. I have attended the midsummer sunrise on a number of occasions, beginning at the Free Festival photographed here and on numerous occasions in later years. My lasting memory of a midsummer’s morning sunrise at Stonehenge, in the crush, the rhythm, the anticipation, is that those outside the sarsen circle celebrate, while those inside the circle somehow ‘become’, taking  ‘time out of time.’ 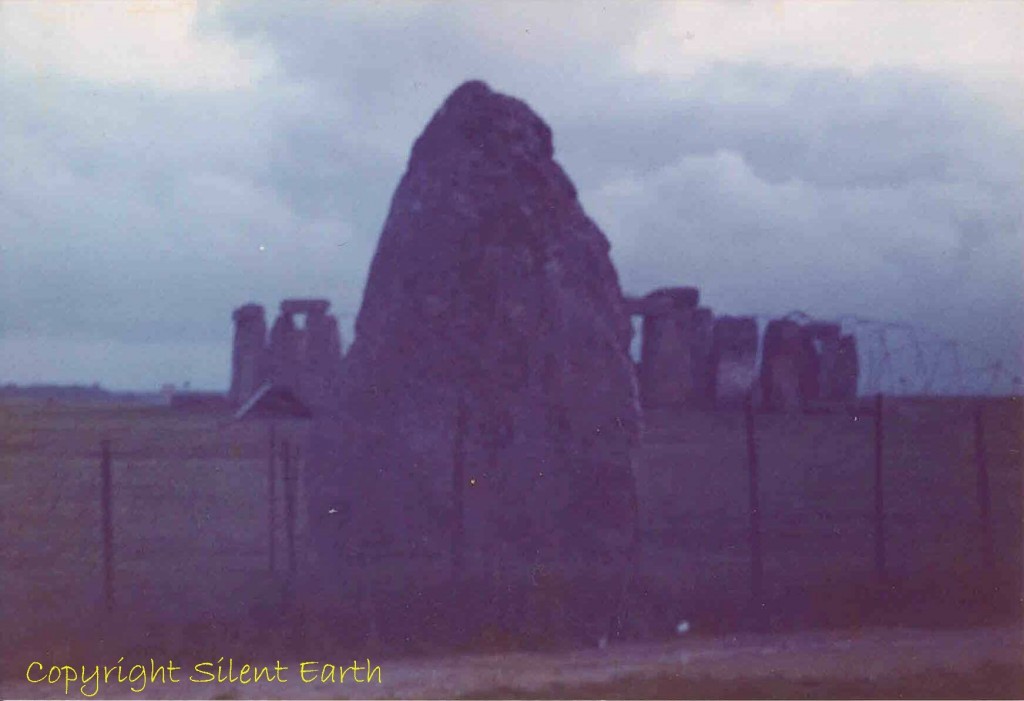 I went to the Garden of Love,
And saw what I never had seen:
A Chapel was built in the midst,
Where I used to play on the green.

And the gates of this Chapel were shut,
And Thou shalt not. writ over the door;
So I turn’d to the Garden of Love,
That so many sweet flowers bore.