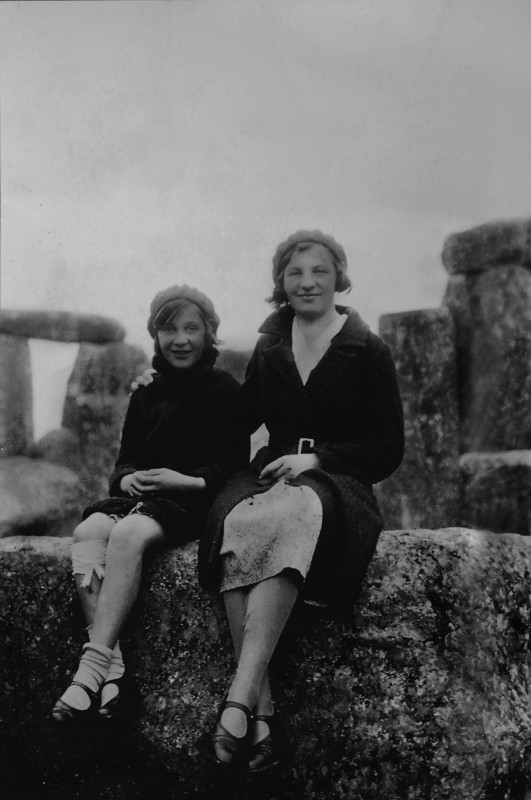 WRITTEN BY Austin Kinsley ON 15/09/14. Touching Stonehenge POSTED IN Stonehenge

Will Self offered his observations here on 21 June 2014, of the ‘museumification’ of Stonehenge by the current custodians/gatekeepers, arising from the demands of modern day visitors and mammon. The charming photograph above, in the context of the history of Stonehenge, was taken in recent times, and represents a Stonehenge as much lost to us now as the Stonehenge of Neolithic times. I have been informed by the Bradbury family, who have kindly allowed me to publish the photograph above, that it was captured in 1929.

A work colleague recently informed me that his mother and her cousins used to clamber freely over the stones while accompanying her father, who worked as a shepherd in the Stonehenge environs. As a result of this conversation, Mrs. E. Bradbury of Ludgershall has graciously provided me with a brief recollection of those days, which I reproduce in her own words below:

“Please find enclosed photograph of my late husband’s two cousins, who both have died, taken in 1929, Joan and Phylis Narroway, (born 1920 and 1916 respectively).

I was born in 1930, but we had no camera as I was one of six girls, my father being a shepherd would take the sheep across the fields near Stonehenge. I used to spend MANY hours with him, I would run to the stones, try and climb them, I never could. There never was anyone around those days, everything in the countryside was free, although my father used to tell me not do that.

The burial mounds were always sacred we never went near them, my father said people were buried in them, they worshiped the stones, that was their church.

Two years later war broke out, my father had to pitch hurdles, the sheep were put in pens, I never went after that.

As you can see from the photo, Joan the younger one scratched her knee, and had to have a hanky wrapped around it.”

Below is an image from Sir Richard Colt Hoare’s 1812 publication The Ancient History of Wiltshire, with a shepherd tending his sheep to the right-hand side of the image. 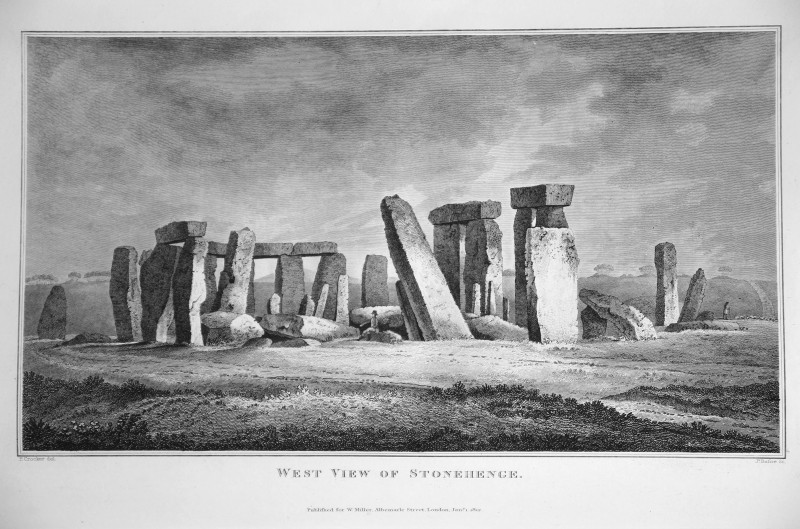 My heartfelt thanks to Mrs. E. Bradbury, Mark Bradbury, and to Colin Wheeler for restoring the photograph.

Touching Stonehenge was a sensory experience preserved now in images and memory alone, rendering the stones somehow partially invisible to us today.