The Archaeology of Hengistbury Head 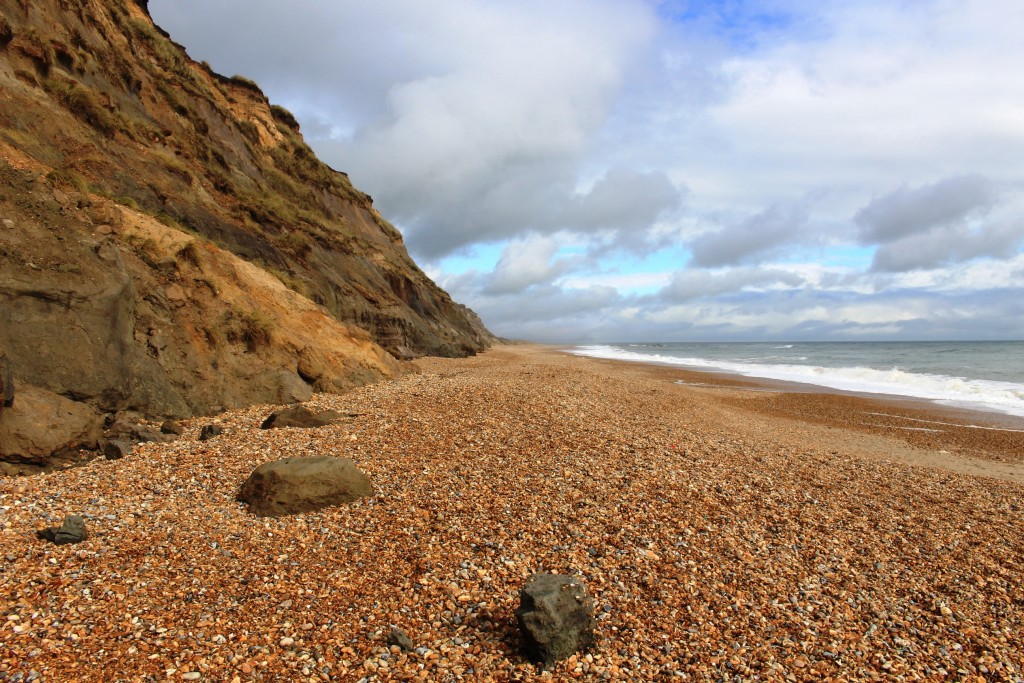 WRITTEN BY Austin Kinsley ON 17/04/16. The Archaeology of Hengistbury Head POSTED IN General

My first memory of Hengistbury Head is a childhood school visit and I recall huge banks of large pebbles on the beach, not unlike those on Chesil Beach further west along the south coast. I have visited the site probably thousands of times over the years for walks and occasional jogs along the seafront. I have also researched the archaeology of Hengistbury and its environs a little over the years, especially during my visits to the excellent Red House Museum who kindly allowed me access to their archives some years ago, before my local studies took a backseat to my Stonehenge-related activities and other projects from December 2013. Sometimes it is easy to overlook the history on one’s own doorstep, and to date I have written absolutely nothing on the subject of Hengistbury Head, which I am now planning to redress over a number of future blog posts as time permits.

Hengistbury Head exists today due to the presence ironstone doggers rocks that have protected it from erosion by sea and wind. They were formed approximately 41 million years ago in the deep muddy water of a river delta that covered this area. It is made of a mineral called siderite or iron carbonate (FeCo3) mixed with sand and clay. Siderite acts like a cement binding the sand and clay particles together to form an extremely hard rock. The dogger contains up to 30% iron. Siderite readily turns to iron oxides, giving the dogger a rusty appearance.

Below: Ironstone doggers recently fallen from the cliffs onto the beach at Hengistbury Head: 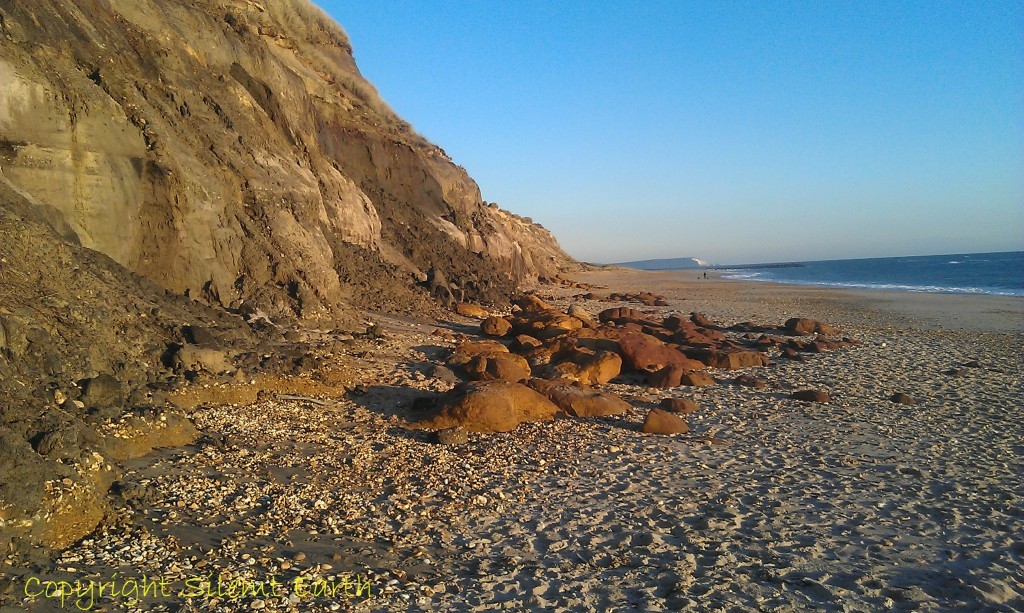 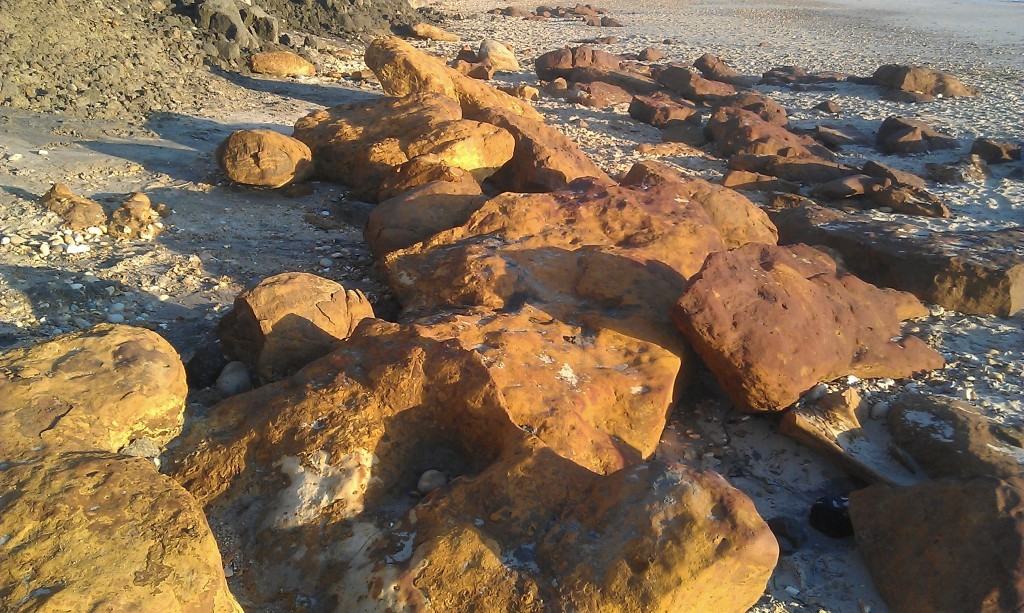 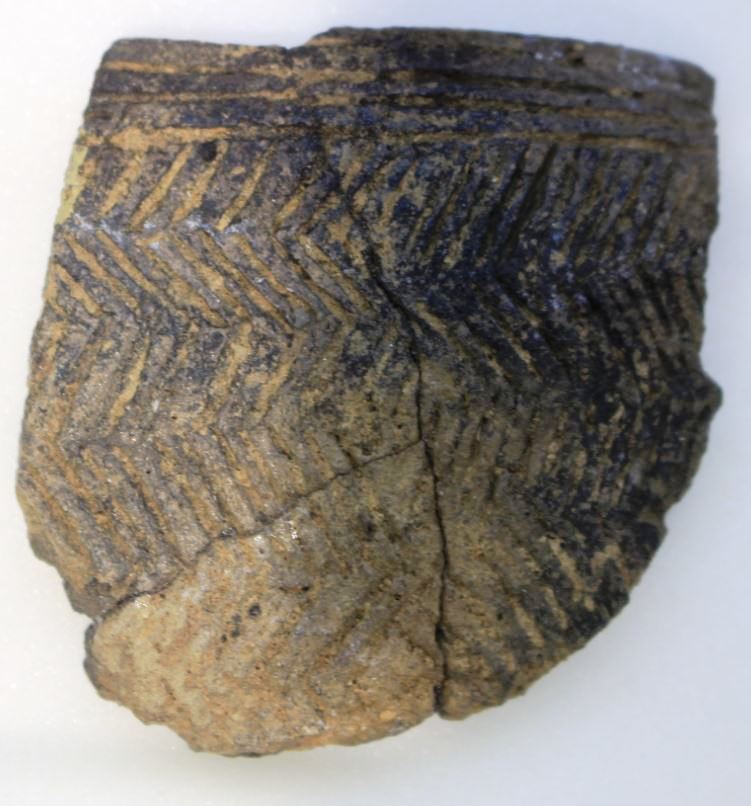 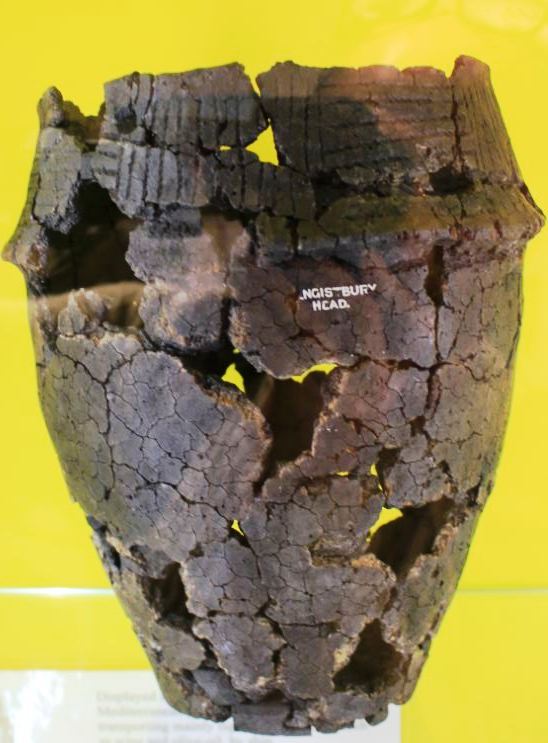 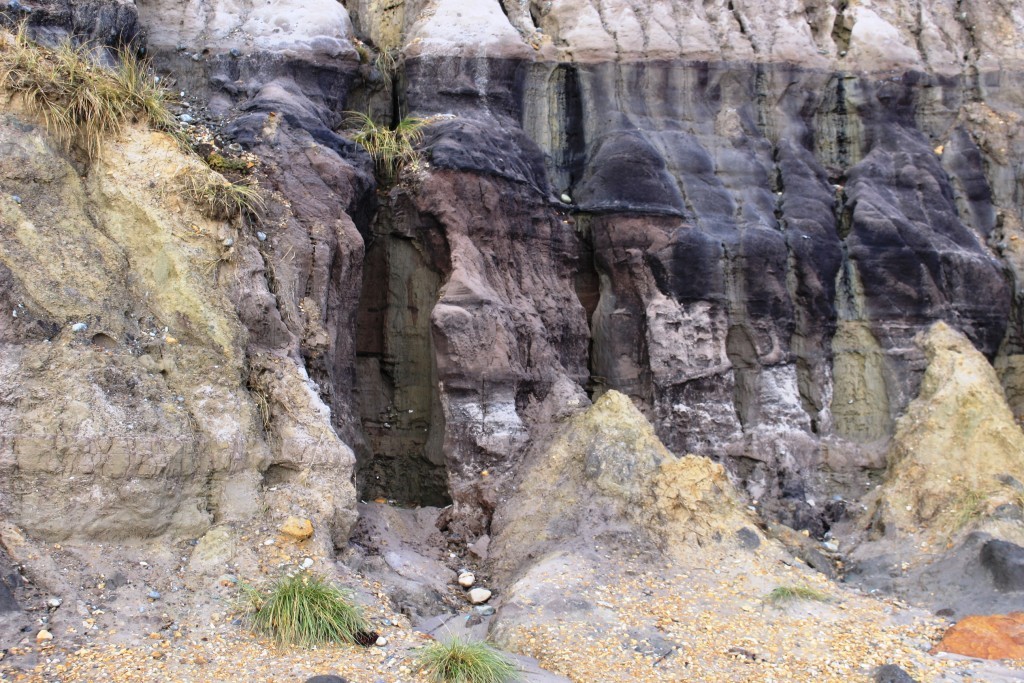 The cliffs at Hengistbury Head 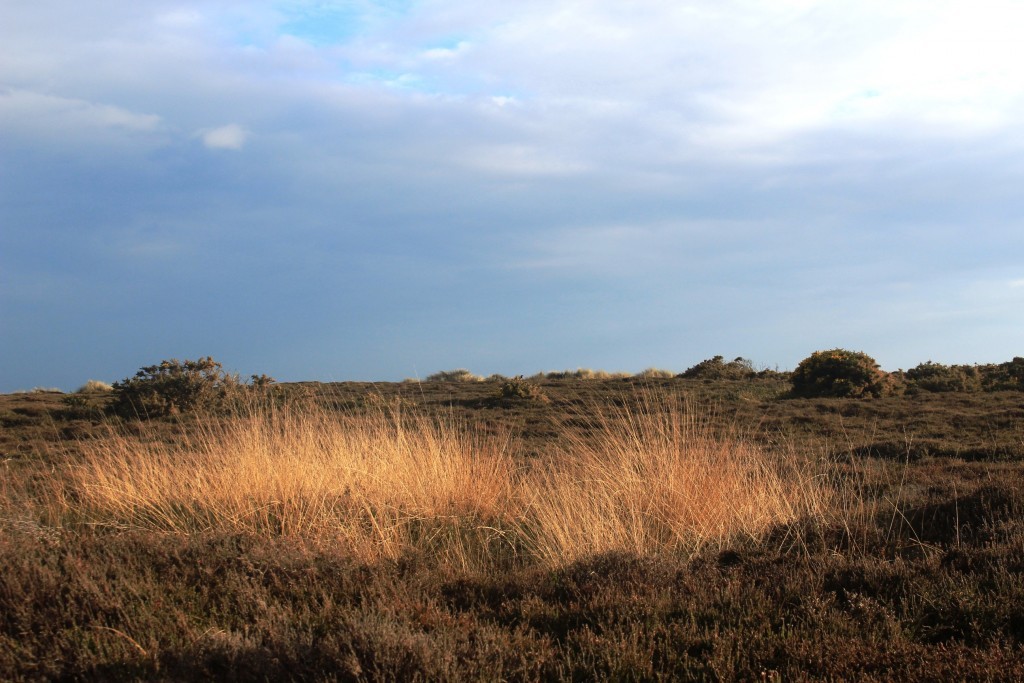 There are indications that some of the flints have Mousterian affinities and the Upper Paleolithic and Mesolithic periods are well represented. The Head was in use in the Neolithic and early Bronze Age. From the late Bronze Age to the Iron Age, there are significant indications of occupation and the area was in continuous use until around the time of the Roman invasion. The Iron Age occupation shows considerable overseas contact, that the occupants of the site were engaged in the metal industry and coin production, and that it had many of the features associated with an entrepot. The Head also has the greatest potential for the maximum period of change between the 1st century BC and 1st Century AD. 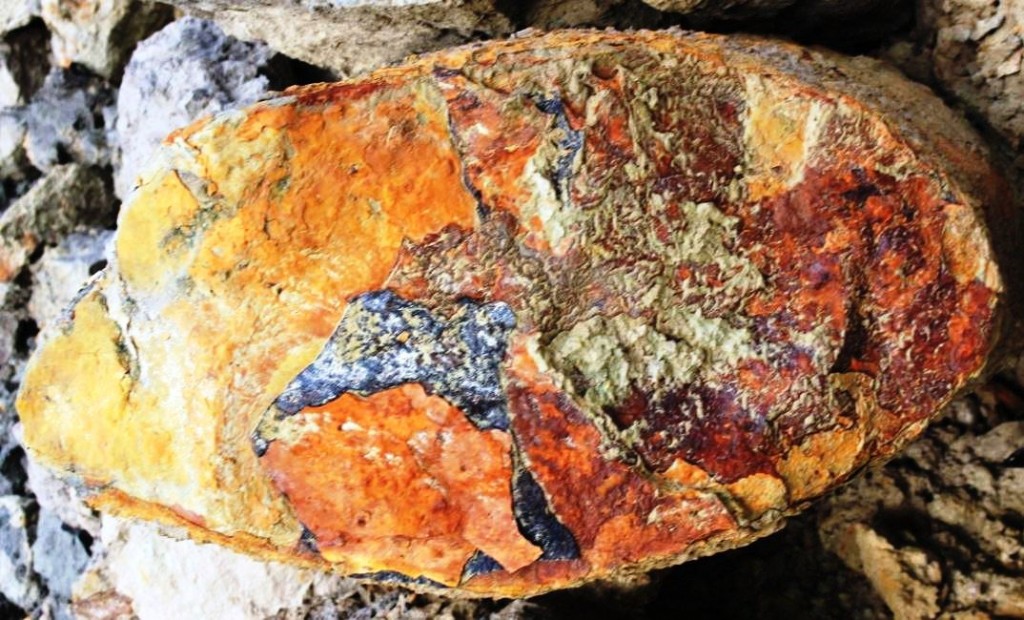 Above:  A cross-section of an ironstone dogger photographed on the beach at Hengistbury Head after heavy rain on 15 April 2016.

Below: Archaeological work and discoveries map to be viewed in conjunction with the bulleted points above. 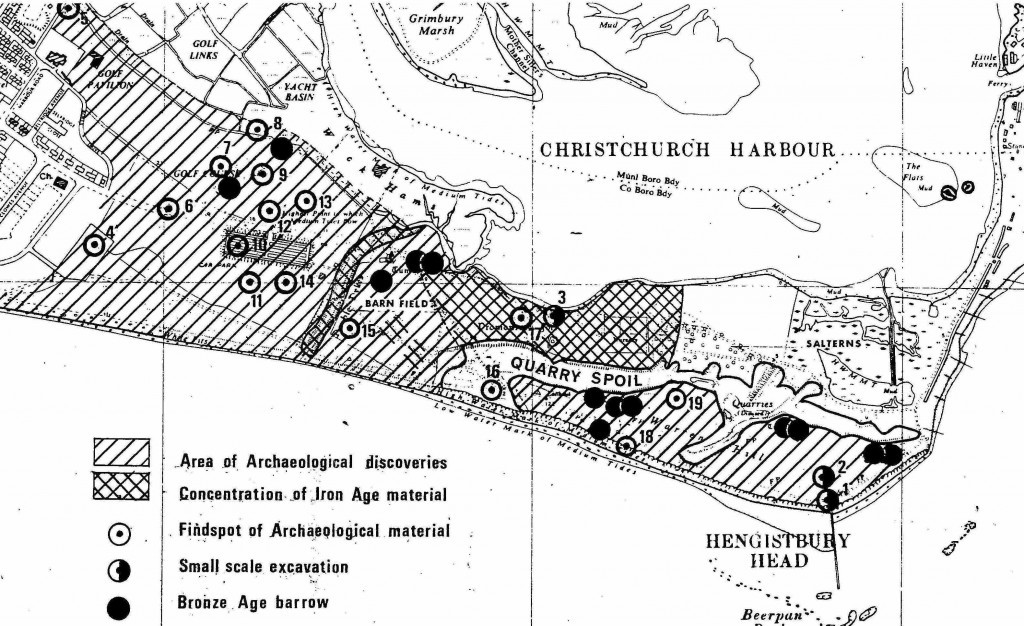 Part 2 of the archaeology of Hengistbury Head to follow.

Thank you to Bournemouth Borough Council, The Red House Museum and Hengistbury Head Visitor Centre for the source information.