A bluebell wood in Dorset 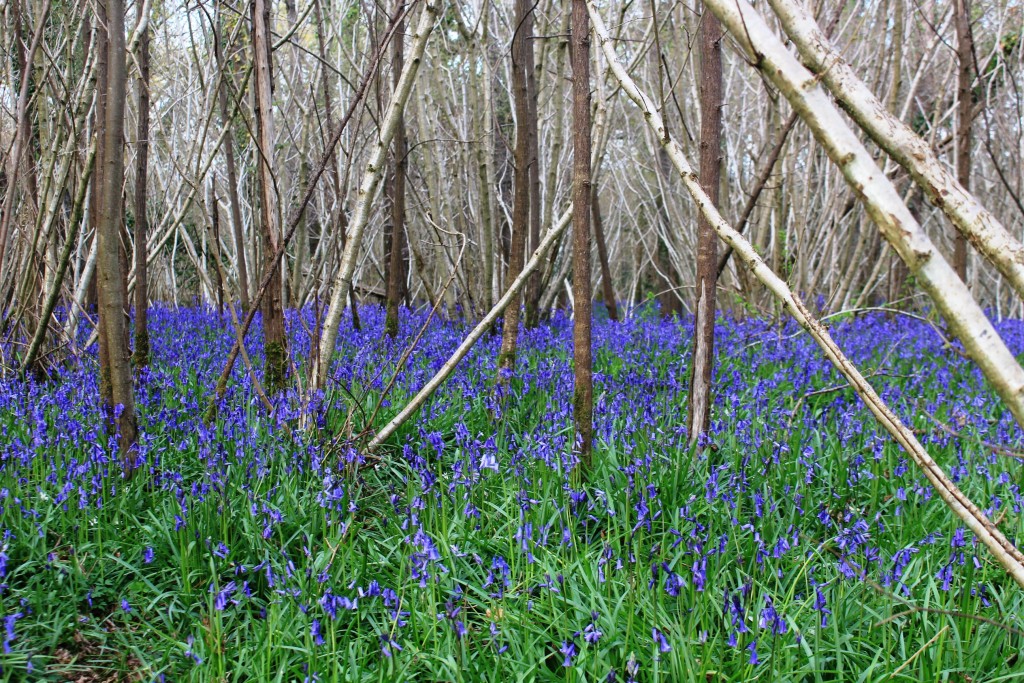 WRITTEN BY Austin Kinsley ON 18/04/16. A bluebell wood in Dorset POSTED IN General

The bluebells are almost in full bloom and on Sunday 17 April 2016, we decided to visit a bluebell wood in Dorset discovered by chance some years ago. Most bluebells are found in ancient woodland where the rich habitat supports a whole host of species and some perhaps remnants of the original wildwood that covered Britain after the last Ice Age. Nowhere does the bluebell grow in such profusion as in Britain. In Scotland the flowers are known as wild hyacinth.  During the Bronze Age, people used bluebell glue to attach feathers to their arrows.  Folklore suggests that a field of bluebells is intricately woven with fairy enchantments. 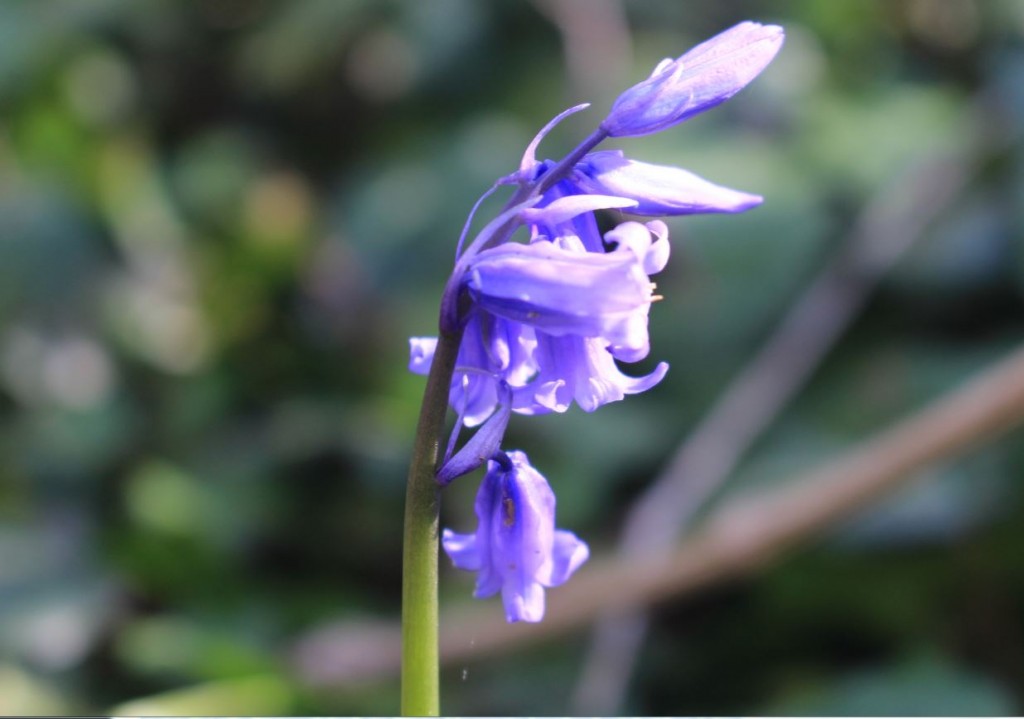 Bluebells carpet the woodland in late spring creating a shimmering azure haze and to have them in your garden was once considered proof of being a witch. 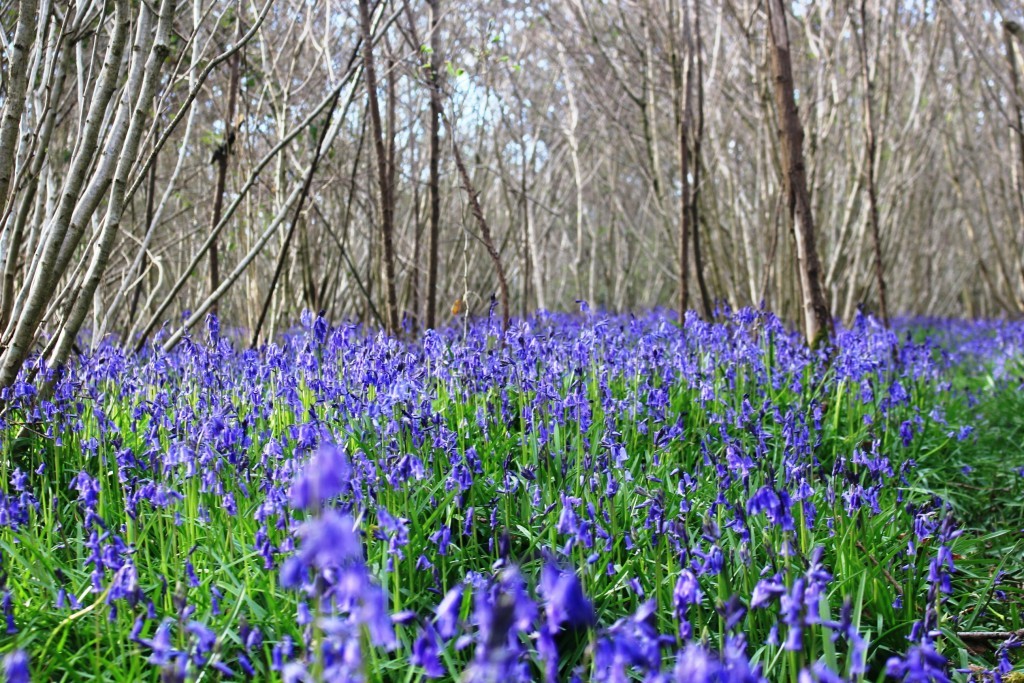 Bluebells are said to grow where Oakman fairies dwell, imparting strength and endurance to those who stay within its aura. 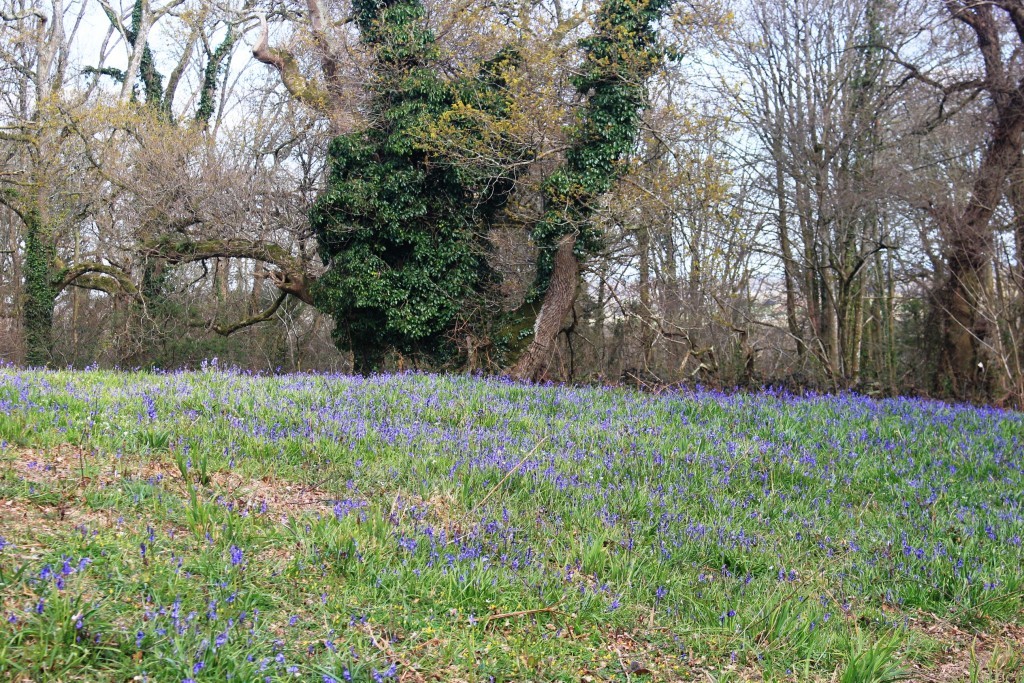 In folklore, bluebells are also known as ‘fairy flowers’. It was believed that fairies used bluebells to trap passersby and in particular, small children. 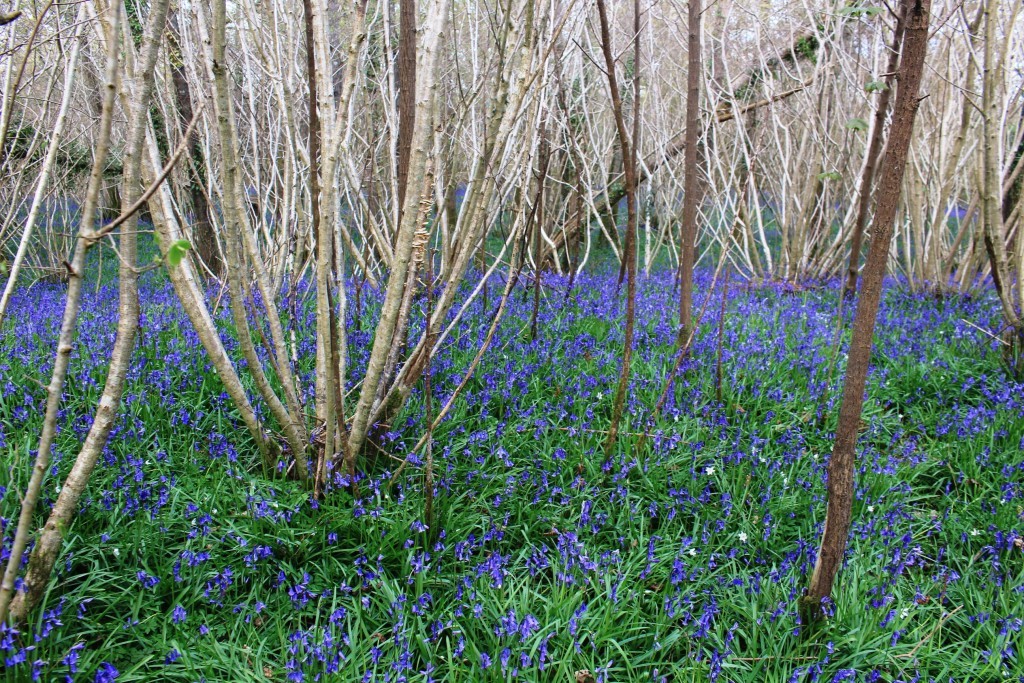 When wearing a wreath made of bluebell flowers, it was said  the wearer would be compelled to speak the truth and only the truth. 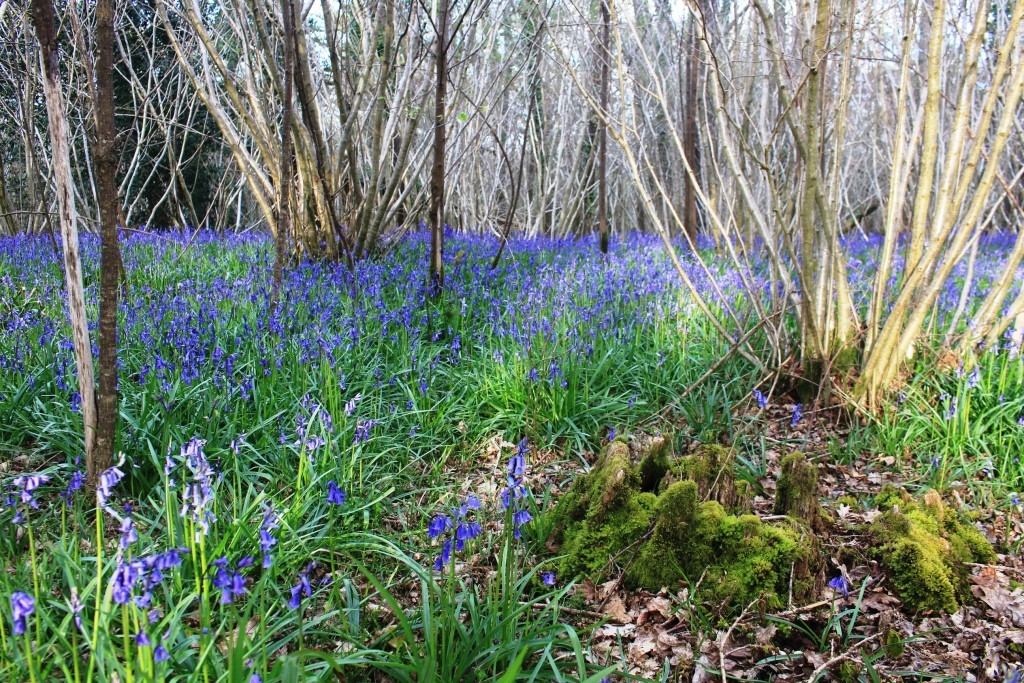 If you were able to turn one of the flowers inside out without tearing it, you would eventually win the heart of the one you love. 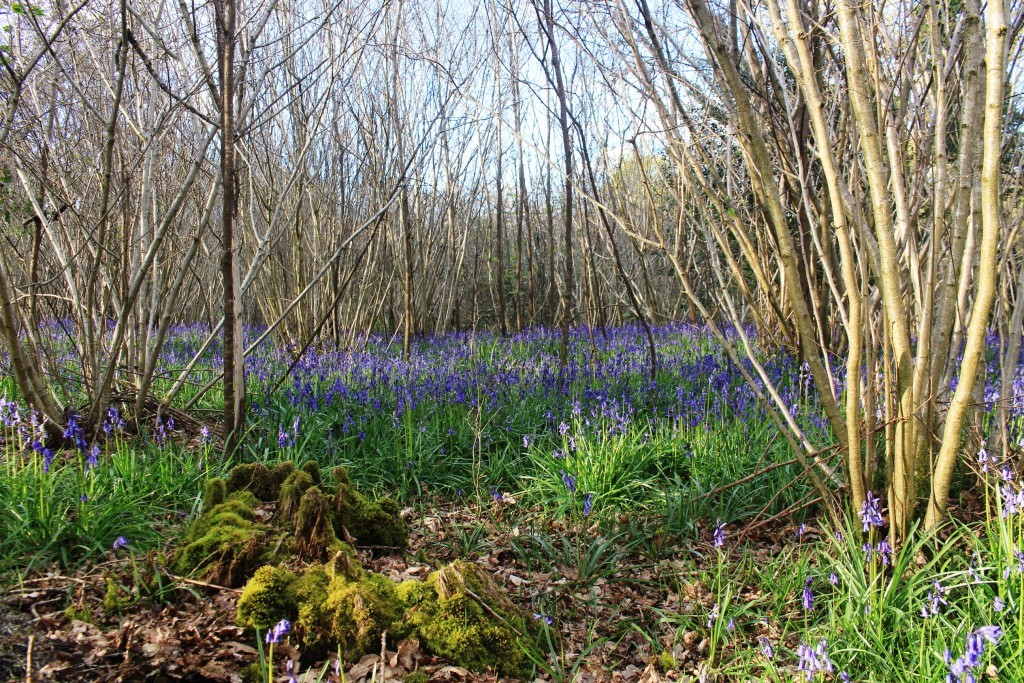 If a child picks a bluebell in a bluebell wood, it was said the child would never be seen again. If an adult was to pick one up , they will wander lost, led astray by pixies forever, or until someone rescues them. 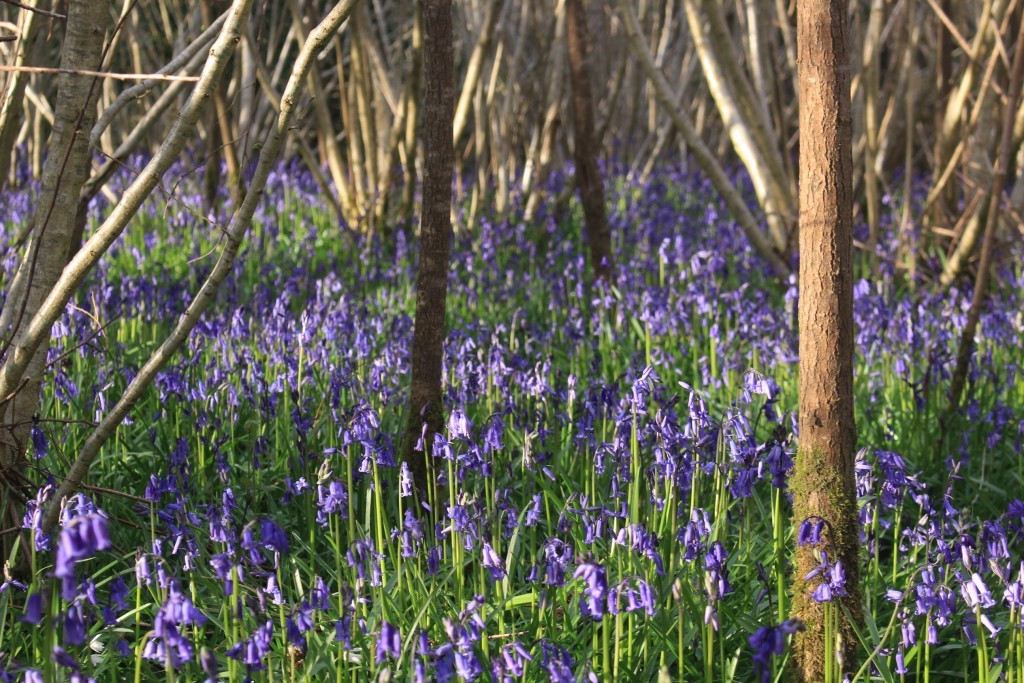 The Bluebell Wood by Felix Dennis

We walked within an ancient wood
Beside the Heart-of-England way
Where oak and beech and hazel stood,
Their leaves the pale shades of May.

By bole and bough, still black with rain,
The sunlight filtered where it would
Across a glowing, radiant stain—
We stood within a bluebell wood!

My mind has marked that afternoon
To hoard against life’s stone and sling;
Should I go late, or I go soon,
The bluebells glow— the birds still sing. 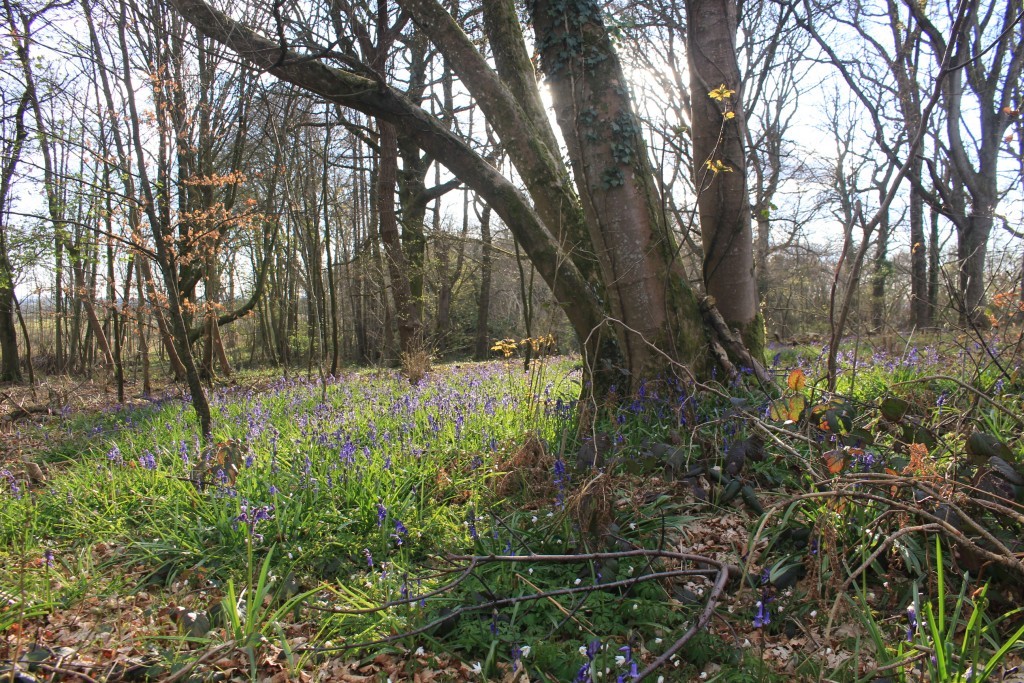 A bluebell wood in Dorset

The Bluebell By Emily Bronte

The Bluebell is the sweetest flower
That waves in summer air:
Its blossoms have the mightiest power
To soothe my spirit’s care.

There is a spell in purple heath
Too wildly, sadly dear;
The violet has a fragrant breath,
But fragrance will not cheer,

The trees are bare, the sun is cold,
And seldom, seldom seen;
The heavens have lost their zone of gold,
And earth her robe of green.

And ice upon the glancing stream
Has cast its sombre shade;
And distant hills and valleys seem
In frozen mist arrayed.

The Bluebell cannot charm me now,
The heath has lost its bloom;
The violets in the glen below,
They yield no sweet perfume.

But, though I mourn the sweet Bluebell,
‘Tis better far away;
I know how fast my tears would swell
To see it smile to-day.

For, oh! when chill the sunbeams fall
Adown that dreary sky,
And gild yon dank and darkened wall
With transient brilliancy;

How do I weep, how do I pine
For the time of flowers to come,
And turn me from that fading shine,
To mourn the fields of home! 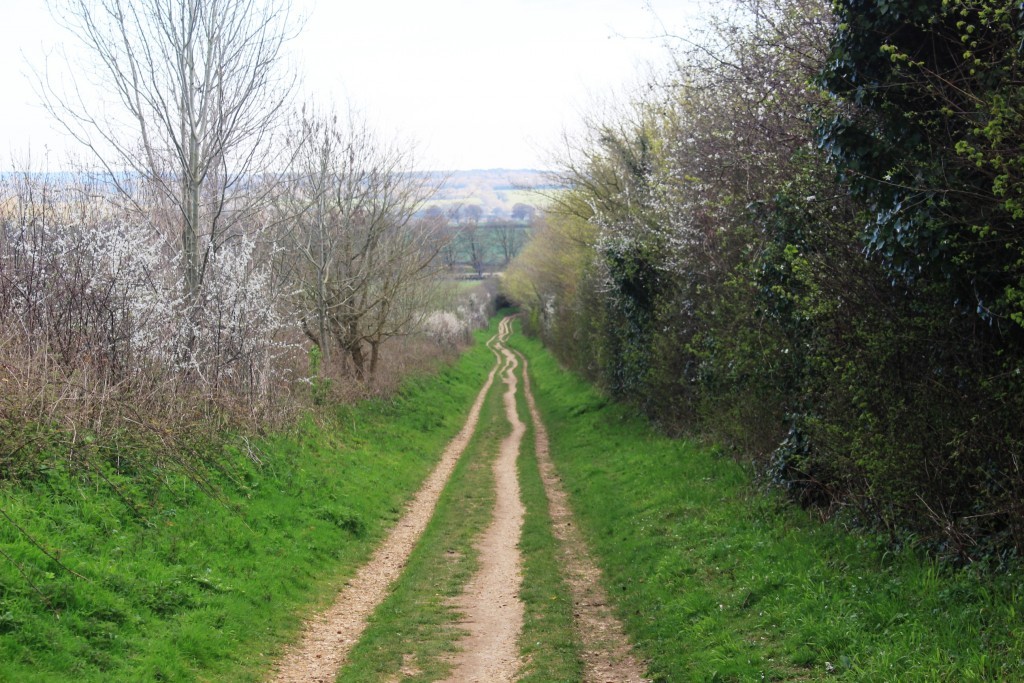