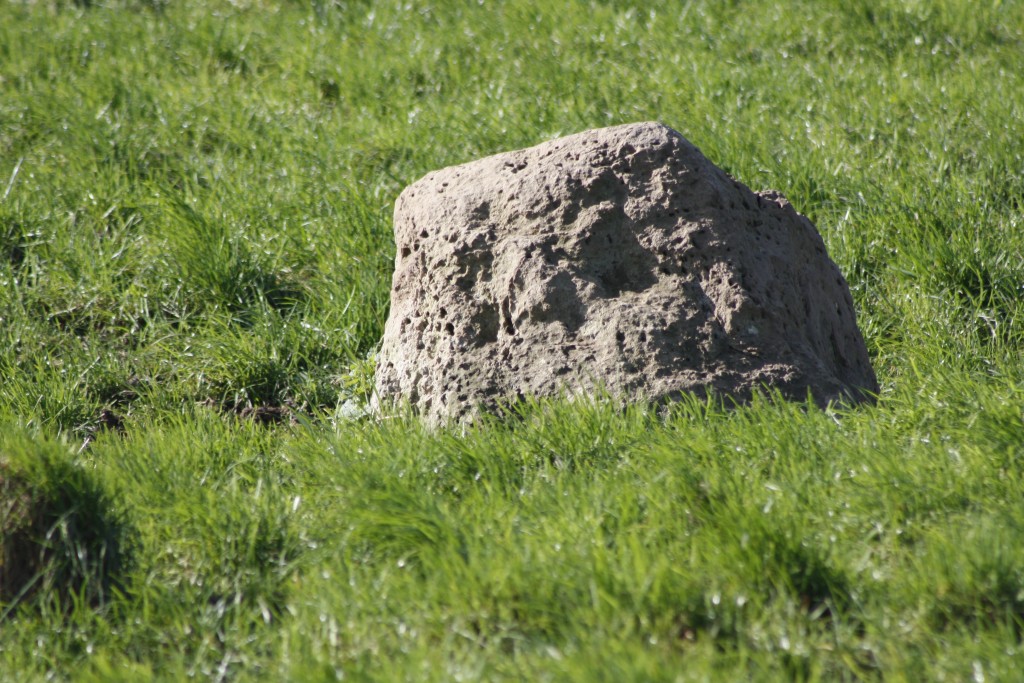 The publication Monumenta Britannica by John Aubrey is described as ‘in four parts, chiefly written in about 1665-93, with notes added by John Evelyn and Dr. Thomas Gale. These volumes contain a large amount of curious observations and original work, and are of considerable value from the numerous illustrations and the first-hand information relating to British antiquities.’ The manuscript is available to view via a link on Tim Daw’s blog here.

On page n23 of the manuscript available to view on the link above, after describing a visit to Nine Stones stone circle near Winterbourne Abbas in Dorset, Aubrey adds:

‘In this roade, halfe a mile farther westwards stand three stones as in fig. 2. These stones are four foot high+. From A to B eight paces. The stones of both these monuments are petrified clumps of flints. There are one or two stones missing.’

The ‘fig. 2’ referred to by John Aubrey above has been reproduced below: 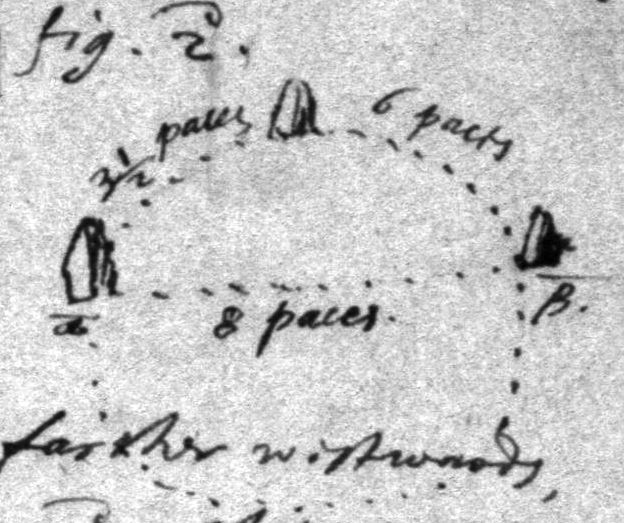 In Monumenta Britannica, a second sketch of the stones is included in plate 10 on the facing page, which is reproduced below: 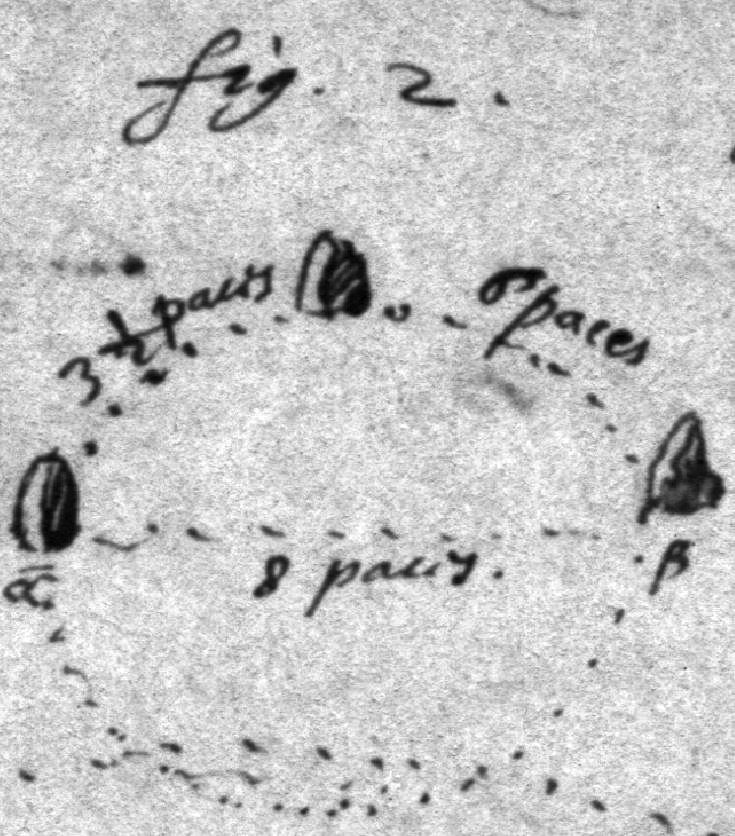 On the morning of 21 March 2017, I arrived at Nine Stones stone circle, Winterbourne Abbas, at 6.45 am to witness the position of the vernal equinox sunrise relative to the hill running to the southeast of the stone circle and the subsequent interplay of light and shadow on the stones. After these observations, I drove the ‘halfe mile further westwards’ along the main A35 road towards Bridport, where a convenient lay by is located (on the southern side of the A35) close to where this small stone circle once stood.

Below: To the immediate east of the lay by on the southern side of the A35 main road is this milestone. 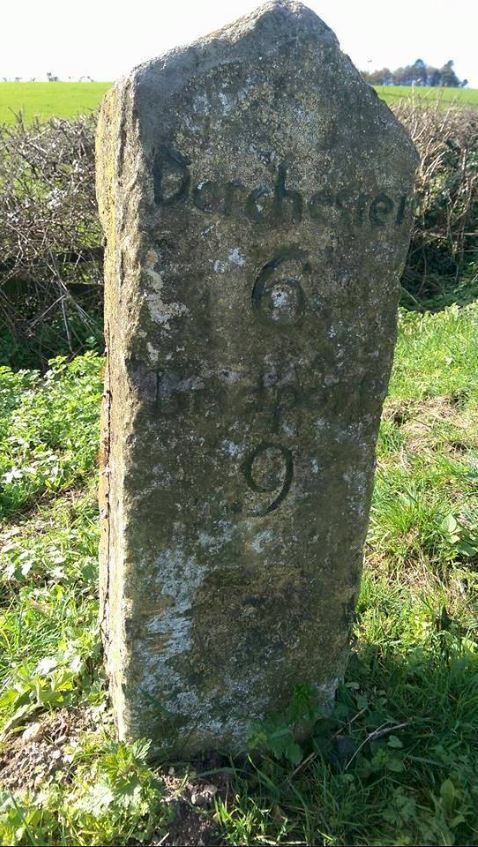 Below: In the field south of the hedge beside the lay by is this stone, which possibly indicates it is the only one of the three above that John Aubrey observed and sketched that remains, perhaps at the original location he viewed it. 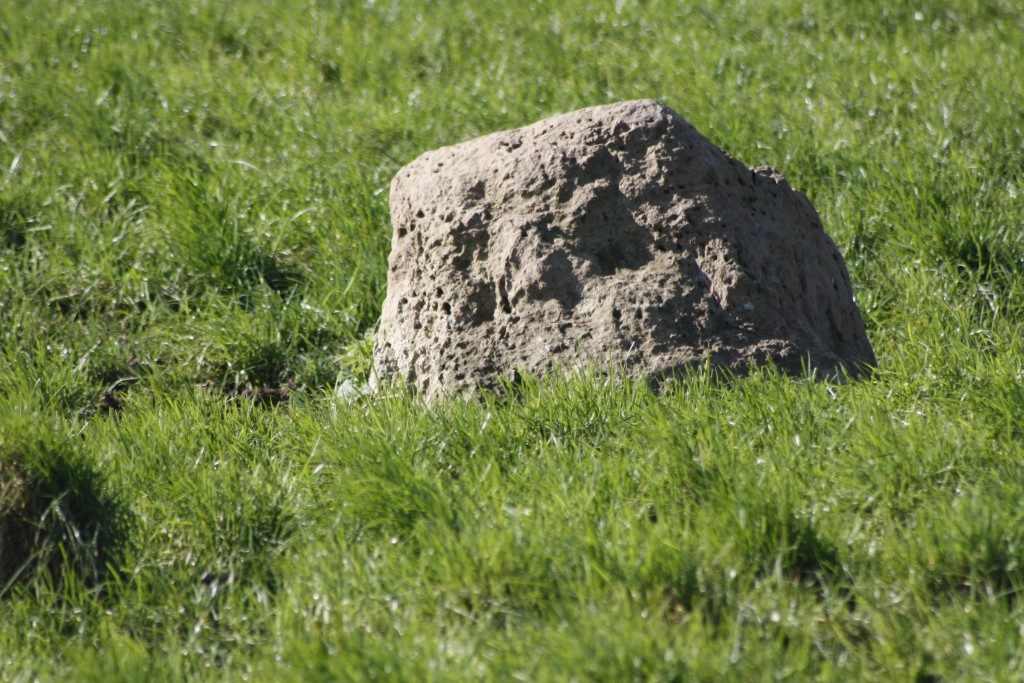 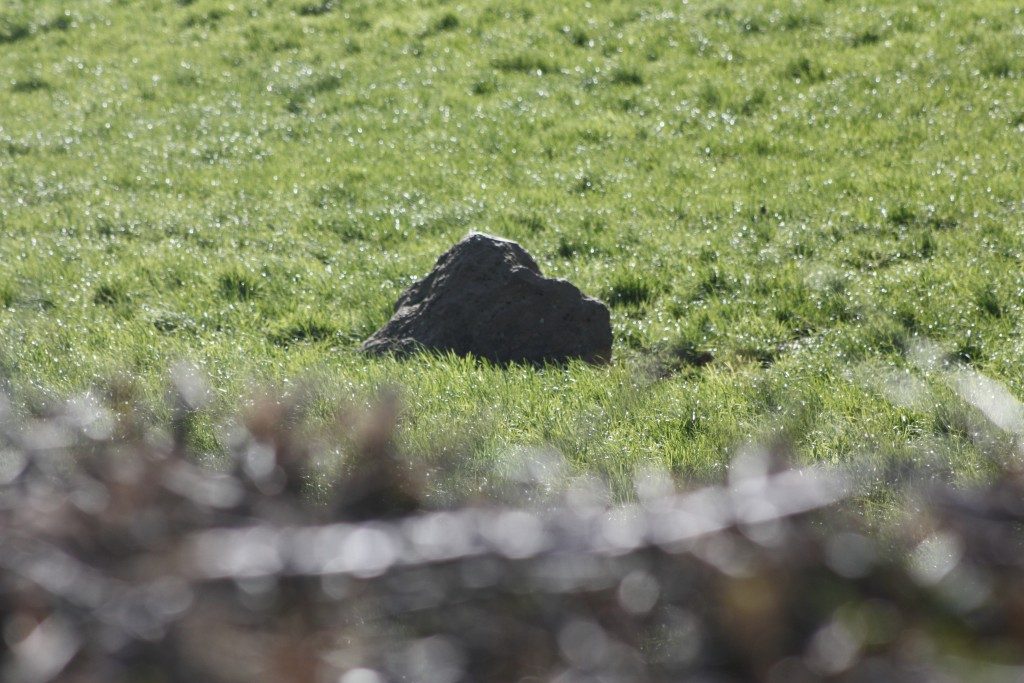 Below: From the verge of the road immediately west of the lay by, looking across the landscape and the stone to the southeast. Similar to Nine Stones stone circle half a mile to the east, this stone circle was unusually located in a valley bottom. 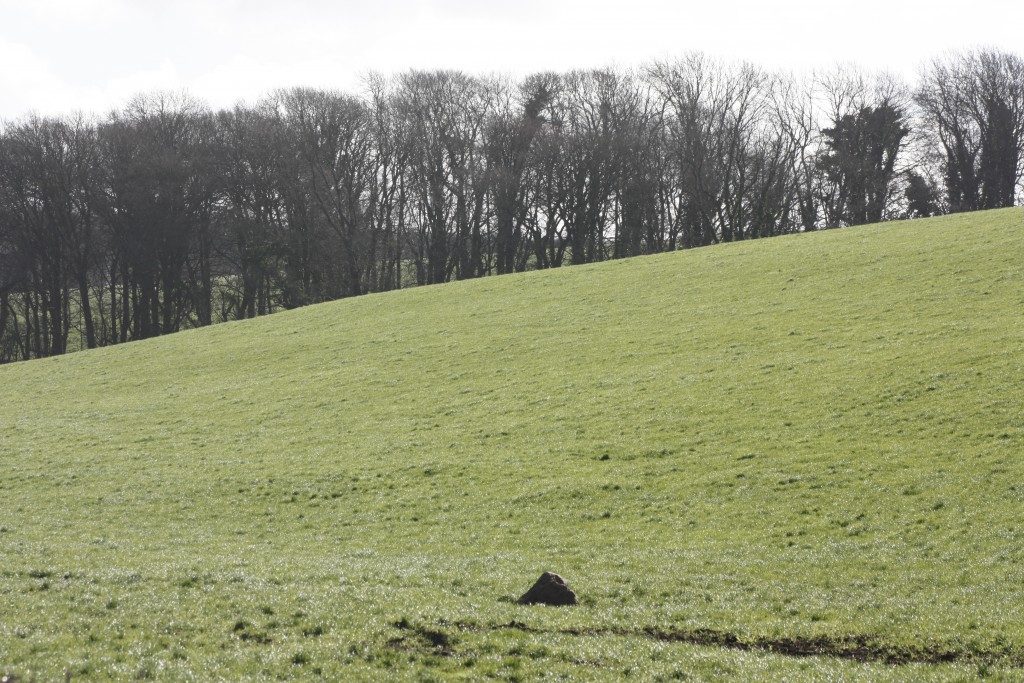 Below: On the ridge of the hill immediately to the southeast is a burial mound/barrow. 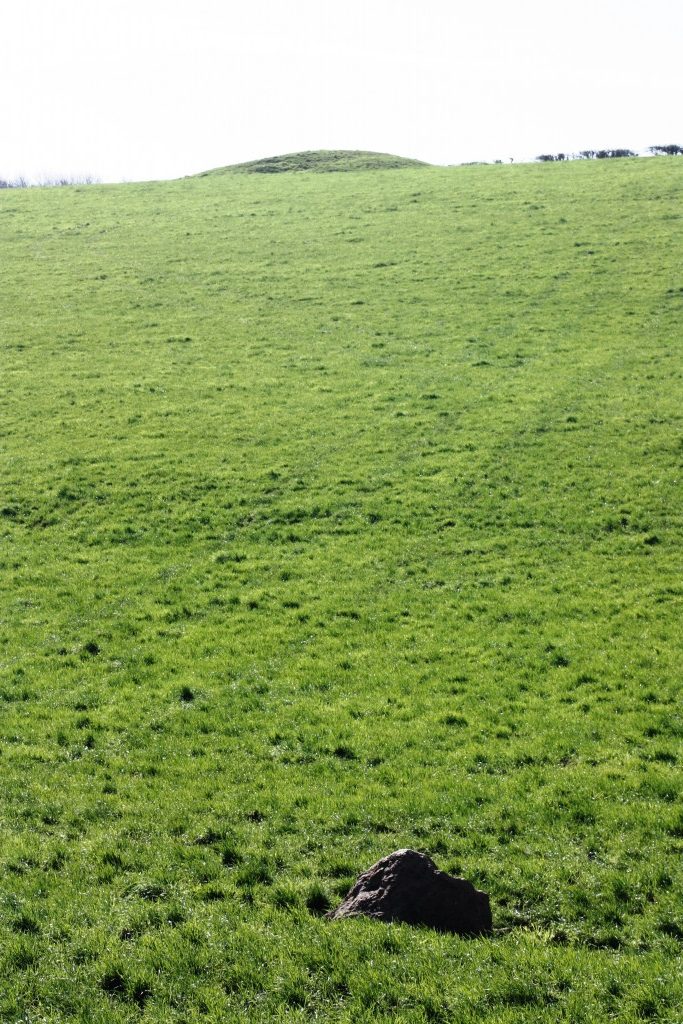 Below: A closer view of the burial mound/barrow on the summit of the hill to the southeast of the location of the stone circle. 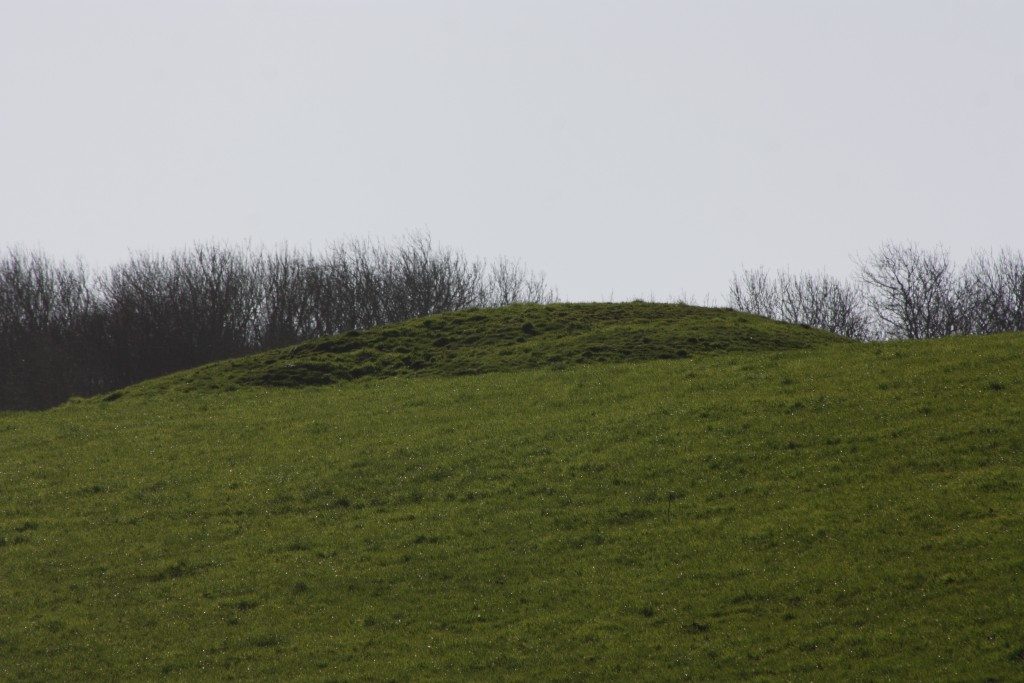 Below: The stone known as the Broad Stone, looking east. 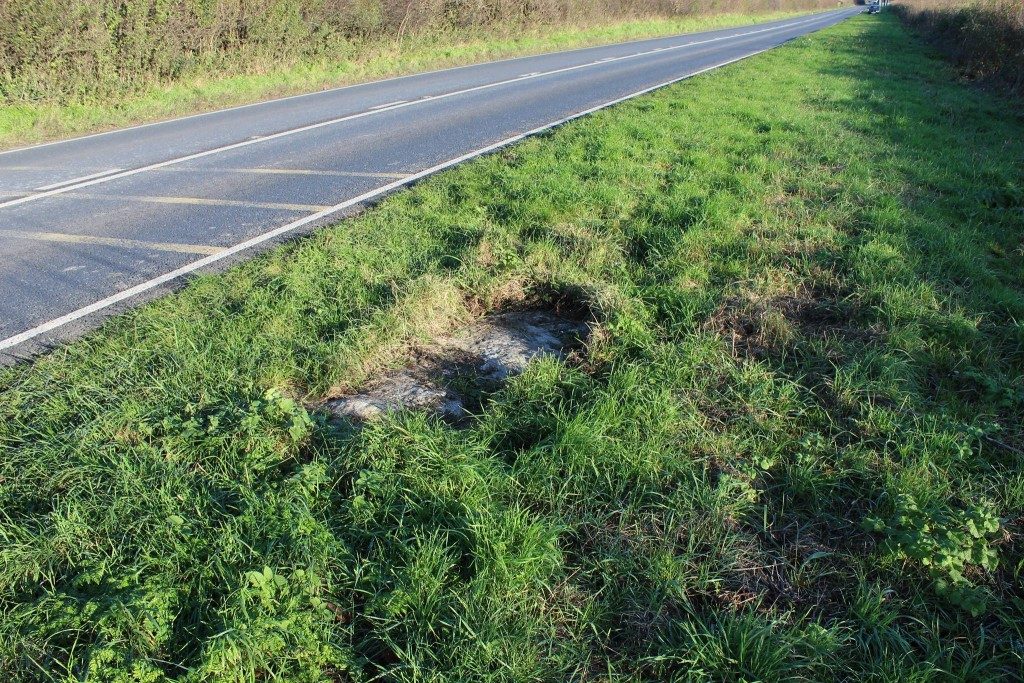 Below: Looking across the Broad Stone to the west. The Historic England Pastscape record for this stone is here, describing it as probably a much-weathered sandstone conglomerate. 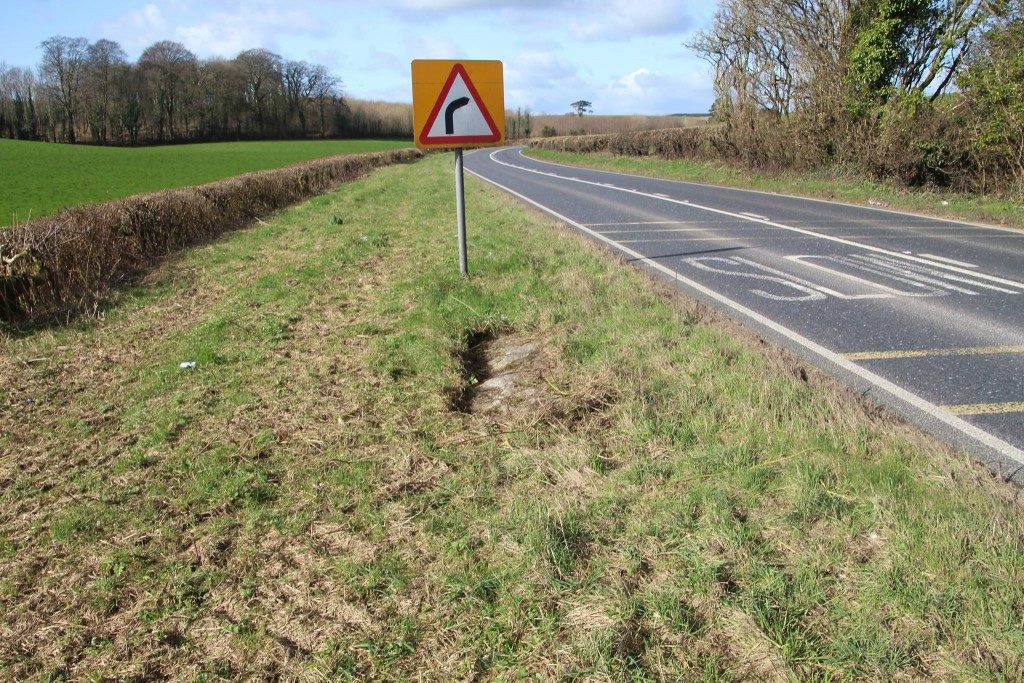 ‘A large sarsen boulder, lies half-buried in the scarp falling from the S. verge of the Bridport Road 2530 yds. W. of Winterbourne Abbas Church. It is approximately 9 ft. long, 4 ft. wide and 2 ft. thick with the long axis E. to W. and a pointed E. end. All markings appear to be natural.’…John Hutchins antiquary