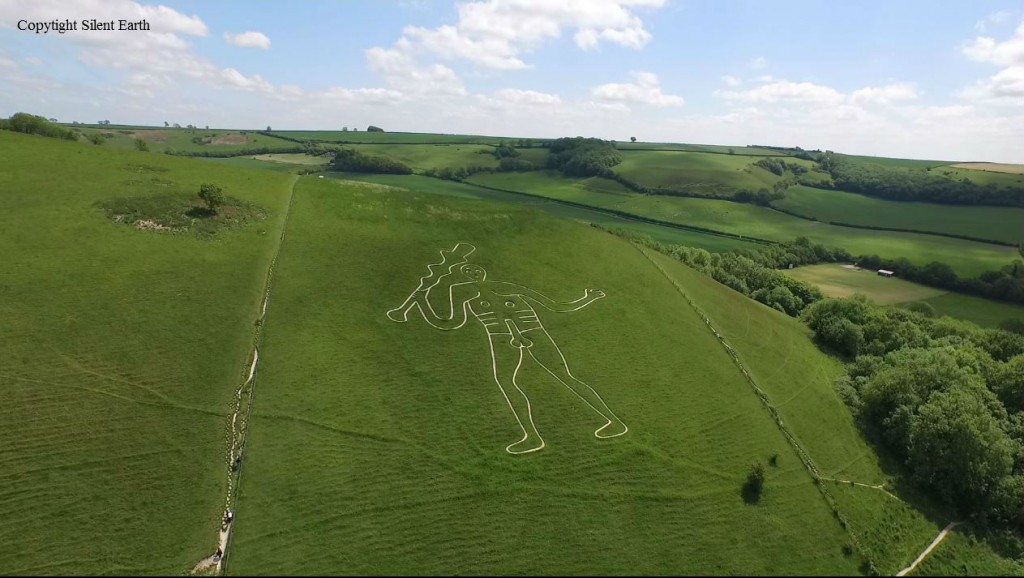 From earliest childhood memories, the chalk hill figure of the Cerne Abbas giant in Dorset has been welded into my consciousness. My first memory was of a family holiday, driving from Bournemouth to Cornwall in the West Country. My father hired a Morris Minor for the holiday and as we drove past the enigmatic hill figure, my brother and I sniggered together in the back of the car. To this day, by my mind it is the iconic image of Dorset, as Stonehenge is to Wiltshire and the White Horse of Uffington is to Oxfordshire.

Many stories, legends, and of course folklore, have arisen among us Dorset folk over the generations relating to this gigantic figure (180 feet long and 167 feet wide). The round baby-like head is said to be a markedly Celtic feature. In Lost Gods of Albion Paul Newman wrote ‘The giant commemorates the victory of the sun over the serpent, and the old name for Cerne, Cernel or Cerne Hill means ‘hill of the sun-god’.

St. Augustine visited Cerne and the inhabitants pelted him with fish tails. When Rodney Castleden conducted a resistivity survey on a small mound beneath the giant’s extended left hand, he detected ‘a fist grasping a wild mop of dreadlocks from which is swinging a severed head.’ , more here .

More of the myths and legends here and here. 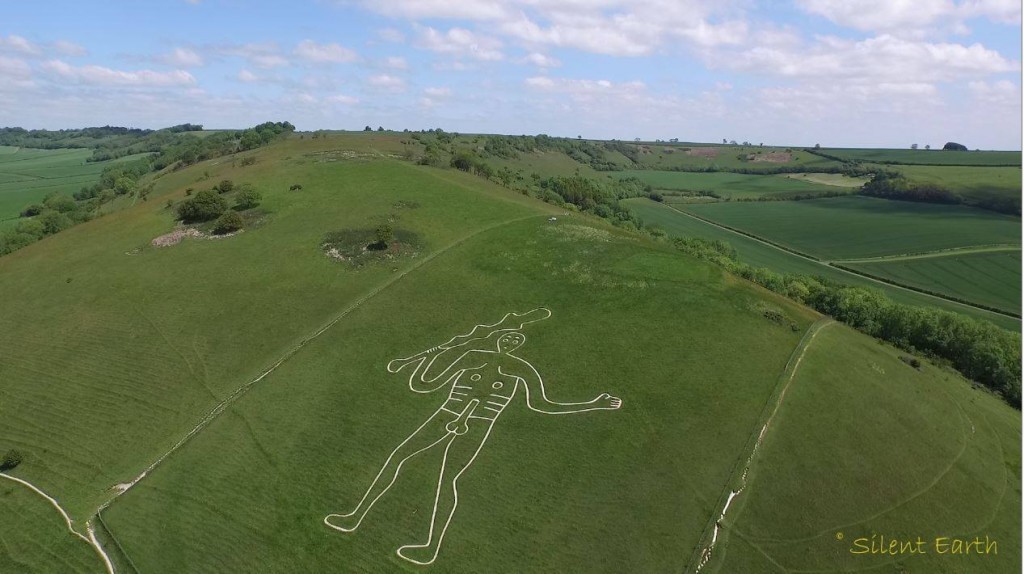 ‘In the sequestered valley, and hard by the spot where Aethelmar’s monastery once flourished, the eye is arrested by the apparition of a gigantic human figure, rudely sculpted on the side of a lofty hill, which to a person unaccustomed to the sight is an outstanding — and probably repulsive — object. There, with outstretched arm and uplifted club, as though he were a tutelary divinity of the quaint old town of Cerne Abbas, he stands in apparent defiance of the degenerate race below, with whom he owns neither kith nor kin…’ – Dr. Wake Smart Warne’s Ancient Dorset, 1872. 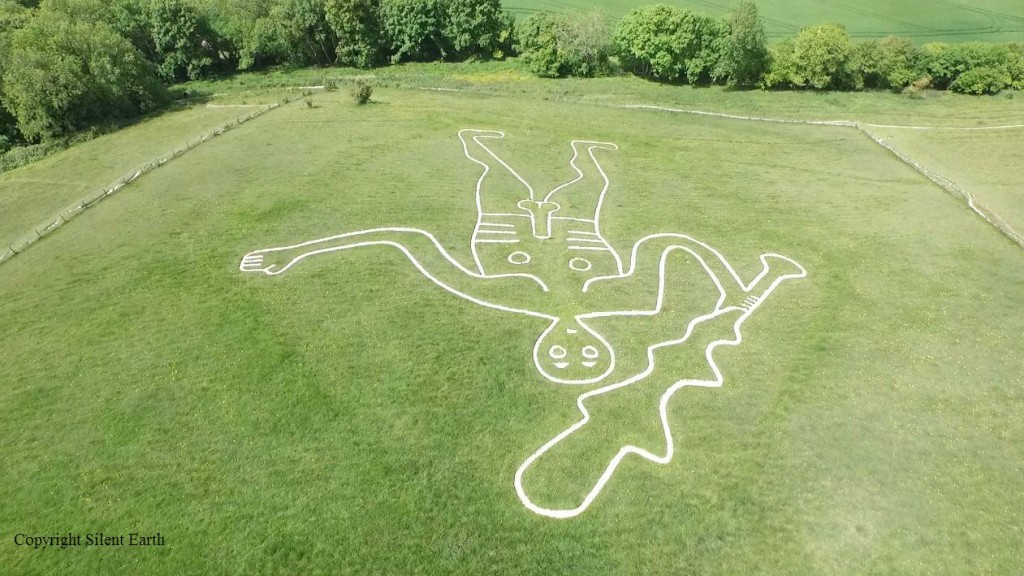 Apparently for many years postcards of the giant were the only pornographic images that could legally be sent through HM Royal Mail. 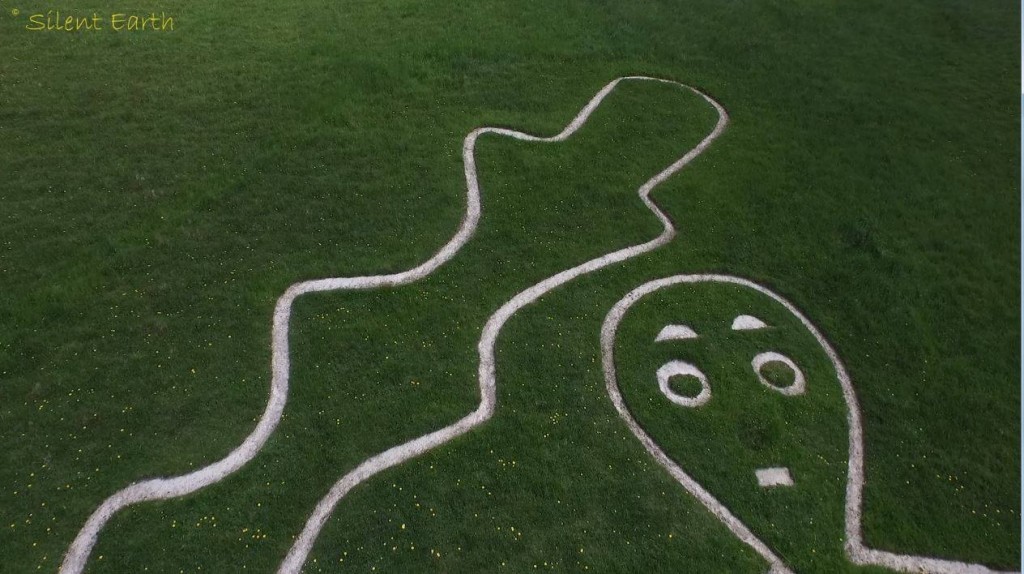 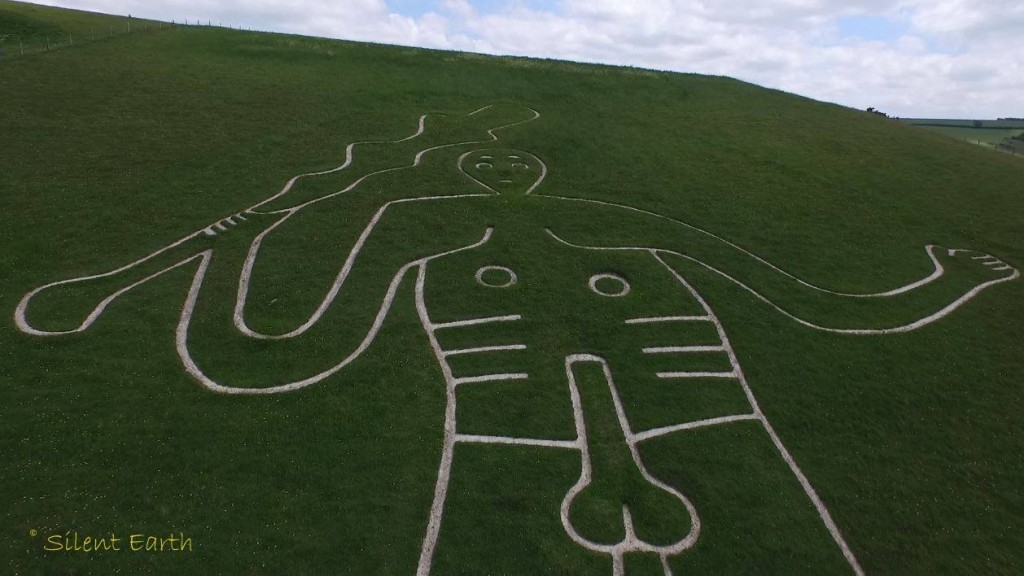 Seven years is the interval ascribed to the upkeep of the Giant.

In 1958, the Marquis of Bath and his wife Virginia visited the site. For five years, they had tried without success to have children together, and then someone told them about the Giant. They laid on him, and ten months later their daughter Silvy was born. The Marquis was aware that he was in the Giant’s debt: ‘It worked for us and in gratitude we gave Cerne as Silvy’s middle name, and made G. Cerne godfather at the christening – the vicar never noticed.’….Dark Dorset here 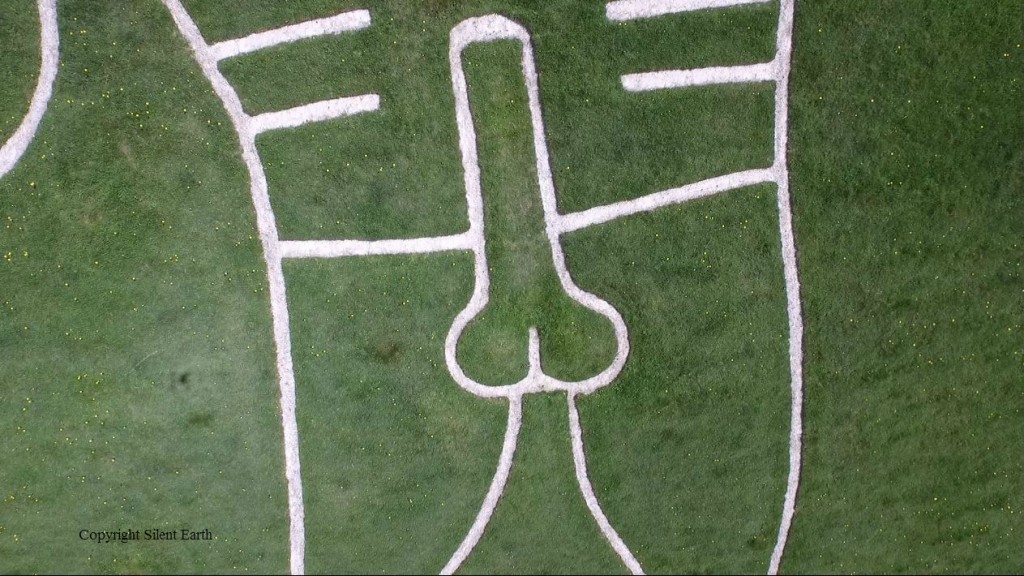 The Giant of Trendle Hill

Suffice it that fair Dorset’s vales
Where dark with forests deep
Of many a cent’rys growth and woods
O’erhung every shaggy sheep.

Amid this solemn pomp of shade
The drear of vale and plain
A giant of enormous brood
Enjoy’d his lonely reign.

Stretch’d in a rock-pil’d cavern drear
He snor’d the hours away
Save when his massy club he rang’d
To the forage of his prey.

The sturdiest bull that gaz’d at large
With single stroke he slew
And, as a butcher would a lamb
Across his back he threw.

When forth he came, to walk his rounds
The crashing woods gave way
Beneath his steps; and herdsmen fled
With terror and dismay.

One day, the game lay far a-field
Some twenty miles or more
And over vale and stream he strode
In track untrod before.

When in the pastures of Blackness
Fair beeves and sheep he spies
And, rushing to the welcome spoils
Secures them by surprise.

Then sits him down, by hunger press’d
And without aid of steel
Like the fierce lion of the wild
Devours the living meal.

Now evening flung her yellow rays
Across the Cerne’s calm flood
When thirsty, stooped to drain the stream
The monster gorged with blood.

The night was cool the turf was soft
On Trendles verdant swell
And on weary gluttons lids
Oblivious slumber fell.    (extract)

More on the Cerne Abbas Giant here  and here .