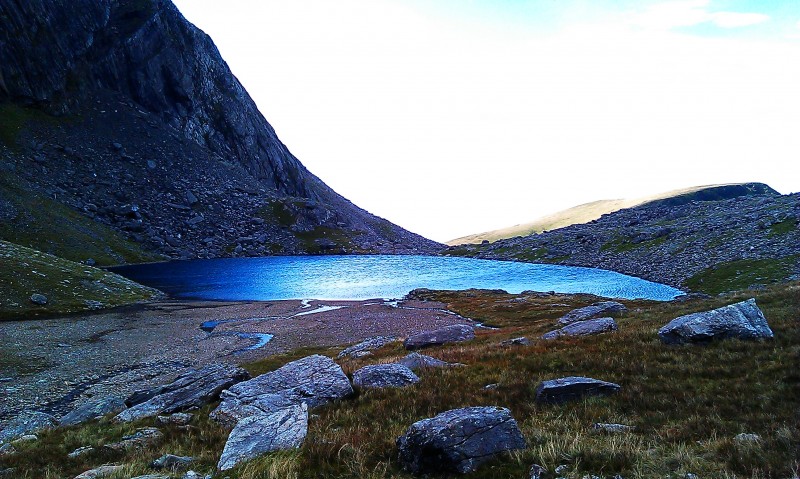 WRITTEN BY Austin Kinsley ON 16/08/14. Taliesin POSTED IN Amesbury Abbey

Contemplating the writings of Taliesin recently, a few quotes, fragments and thoughts are gathered below, as a repository.

Below is a translation of the poem “The Chair of the Sovereign” from pages 292 to 294 of John Matthews book Taliesin The Last Celtic Shaman:

“Sing a brilliant song
Of boundless inspiration,
Concerning the man who is to come
To destroy the nations.
His staff and his entrenchment,
And his swift devastations,
And his ruling leadership,
And his written number
And his red purple robes,
And his assault against the rampart,
And his appropriate seat
Amid the great assembly.

Has he not brought from Anwyn
The horses of the pale burden-bearer,
The princely old man,
The cupbearing feeder,
The third deeply wise one,
Is the blessed Arthur.
Arthur the blessed
Renowned in song,
In the front of the battle
He was full of activity.

Great is the mystery of the circular course.
Conspicuous is the gaiety of the old.
Loud is the horn of the traveller.
Loud the cattle towards evening.
Conspicuous is truth when it appears,
More so when spoken.

Conspicuous when came from the cauldron,
The three inspirations of Ogyrwen,
I have met Mynawg wearing the collar,
With a horn in my hand.

He does not merit the Chair,
Who does not preserve my word.
Mine is the splendid chair,
The inspiration of my ardent song.

What are the names of the three cities
Between the sea and the land?
No one knows who is not earnest
The offspring of their lord.

There are four cities
In peaceful Britain
Tumultuous chiefs
Have not been nor shall be,
Shall not be nor have been.

There shall be a conductor of fleets.
The billows shall cover the strand,
Overwhelming the land;
Nor rock nor roof,
Nor hill nor dale,
Not the least shelter
From the wind when it shall rage.

Is there here one who is enquiring,
A bottomless enquirer
For the lost warriors?
I think with wrathful gesture
Of the destroyed Chieftain,
Of the lacerated form
Of the corslet wearing Leon.

Exalted be the Lord,
To the end be his name celebrated.

Brittle are the young shoots of the tree,
Frail like them,
A little while and we melt away;
At the end of our toil,
Languages shall pass away.

The ardent soul
Shall be voyaging through the clouds
With the children of the Seraphim,
Gliding on shall be thy people,
To the liberation of Elffin.”

An alternative translation is on Mary Jones’s (MJ) resource here and her sources are outlined here:

Where MJ writes:
“High is the virtue of the course
High will be the gaiety of the old”

JCM writes:
“Great is the mystery of the circular course
Conspicuous is the gaiety of the old.”

Stonehenge is the most frequently paced ‘circular course’ in Britain as of 2014 and has a conspicuous trace ‘of the old’.

Where MJ writes:
“Let them be sought there!
Let the munificent be sought.
Warriors lost,
I think in a wrathful manner.
From the destruction of chiefs,
In a butchering manner”

JCM writes:
“Is there here one who is enquiring,
A bottomless enquirer
For the lost warriors?
I think with wrathful gesture
Of the destroyed Chieftain,
Of the lacerated form”

The 460 British nobles massacred by the Saxons during the course of a truce after the Romans left Britain?

I recite this here not particularly to consider its meaning generally, but to contemplate the words as they are relevant to me today. In this way, the following lines from “The Hostile Conspiracy”, again the JCM translation, are pertinent :

“I know why the honeysuckle smells good,
Why crows are the colour of silence

I know the cuckoos of summer,
I know where they go in winter.
The inspiration that I sing
I have brought it up from the depths.

Sitting on the eastern bank of the Avon River south of a willow tree at lunchtime on 15 August 2014, Affalanau (Apple trees) fragments:

“I prophesy the unvarnished truth
The rising of a child from the secluded south,
As sweet as birds that sing on Monday,
Sweet apple tree growing by the river,
Who will thrive on its wondrous fruit,
When my reason was intact,
I used to lie at its foot,
With a fair wanton maid, of slender form,
I have been here so long not even sprites
Can not lead me astray.
A staff of gold signifying bravery
Will be given to the glorious Dragon Kings
The graceful one will vanquish the profaner…”  Page 201, JCM

Sitting on the eastern bank of the Avon river south of a willow tree in the evening of 15 August 2014, “The Three Fountains”, starting with the JCM translation on page 207. I have imbued it moderately with a subjective relevance:

“If you are chief poets
Versed in the arts,
Relate the high mysteries
To the people of the wide world.

It weighs nine hundred
Green as the glacial ice

There are three fountains
In its neck
The sea is speckled with the wash
Of those who swim through it
Gentle cows and oxen.

The River of Gifts the River of Blessing,
Is the name of the three fountains.

Out of the ocean is produced
A creature of grey brine
Which is from the corini
To restore the wave
Over the Sea of Ages it vanishes.

The second, in perfection,
Strikes the hill foot,
Whence do we have rain outside:
Through the sea mist
Fiercely slashing.

The third is in the veins of the mountains,
Like liquid flint
The work of the king of kings.

Are you boastful bards?
In proud anxiety
You are unable to satirise
The kingdom of Britain.

I am Taliesin
Chief poet of the west
I shall release Elffin
From the golden fetter.”

I have a strong association from a number of visits to Glaslyn lake pictured above, and below  on Mount Snowdon in North Wales, with a serpent. A fragment here I wrote during my last visit on 29 September 2013:

Beside the crystal lake
A stream meandered
And slithered its watery offering.

I placed a silver votive
In a waterfall
To a serpent
With perfect brown scales
Of unbroken slither.

The waterfall
Cleansed
My sin, assuaged
Covered in earth
Stones
A tussock of grass.

A raven called from heaven
The altared mountain.
I sat below
Satiated Sunday
Forever 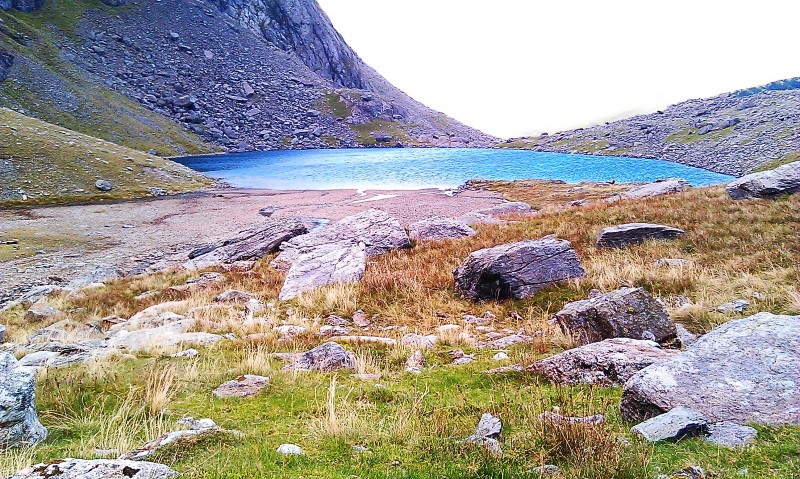