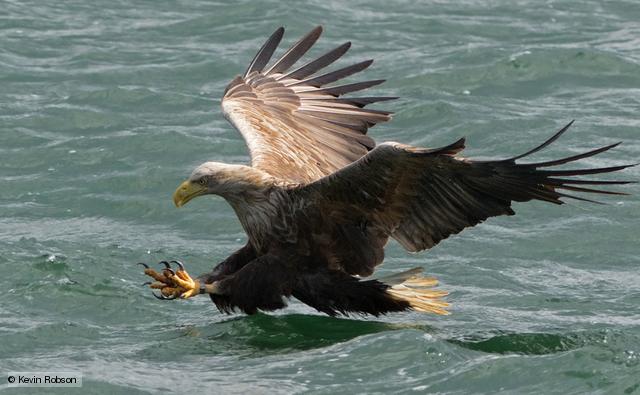 The previous thread here looked at Stage One Stonehenge post holes dating from the early part of the third millenium BC. Ditch and bank enclosure-type structures were evolving at this time from an earlier tradition of causewayed enclosures, an example of which is found at Robin Hood’s Ball approximately 2.1 miles north of Stonehenge. At some time in the Neolithic period a causewayed enclosure or other structures may have existed in the ‘mondus abconditus’ of the Stonehenge landscape at Vespasian’s camp and here.

Evidence suggests that after only a short period of usage, the early Stonehenge site was possibly abandoned and deserted to the elements, followed by a rapid recolonisation by scrub, bushes and rank grass. The wooden structures were left to decay and the ditch and bank to erode. Particularly from snail evidence and various archaeological investigations on site (first suspected by Col Hawley in 1921) it is now generally accepted that there was a period during the early third millennium BC when the Stonehenge site was subject to human abandonment.

After the sheer human commitment and physical effort necessary to construct Phase One of Stonehenge, why was the site abandoned after a relatively short period of use? I shall leave pondering the zeitgeist and cultural context of those distant times to others more informed and qualified in such speculation.

A question I would like to consider is ‘What other evidence exists within the Stonehenge environs of our ancestors’ activities during the early part of the third millennium BC?’ One such example is Coneybury Henge.

What do we know about Coneybury Henge and its surrounding area?

Certain of the above observations demonstrate clear  similarities to the main Stonehenge site, hastily and incorrectly leading my mind to judge this henge as a 40% scale model of the main site. Conversely, there are intriguing differences which endow Coneybury Henge with its own unique characteristics and beg many further questions.

During the above investigations, Mr. Richards also discovered a pit 12 metres NW of Coneybury Henge which has subsequently become known as the Coneybury Anomaly, dating from 3980 to 3708 BC, proving that man was active in the area of Coneybury Hill at least one thousand years before the construction of this small henge. This mind-boggling date of 6000 years ago draws the timeline ever closer to the Mesolithic discoveries of the archaeologist Mr D Jacques and his team, recently announced in respect of excavations a few hundred yards away at Blick Mead on the banks of the River Avon and in the lee of Vespasian’s camp. This area west of Amesbury and east of Coneybury Hill is now frequently referred to as ‘the cradle of Stonehenge’.

In my eyes, the most fascinating, thought-provoking and unique discovery at Coneybury Henge is the rara avis, the white tailed sea eagle. With a wingspan of up to 8 feet, it is a monarch of  birds.

Mindful that excarnation funerary practices are known to have existed particularly in southern Britain at certain times in prehistory, it is my uneducated guess that our inscrutable ancestors enjoyed a particularly deep relationship on all levels with birds in general. The placing of this bird at this location at this particular moment in time represents probably one of the most symbolically charged and potent acts of votive deposition we have as yet discovered in modern times within the Stonehenge environs.

In contemplating our ancestors’ relationship with Stonehenge and its environs from the plethora of information that is available in academic studies, books published over hundreds of years, opinions of every shade available in the “digiverse” and even from personal site visits (which I would highly recommend),  it is only natural to form one’s own opinions on the subject. Personally, I try to maintain  a conscious vigil to remain open-minded as once apparent facts subsequently melt into groundless  speculations. I find ‘To know the truth as well as it may be known’ a valuable mantra as my latest ideas crystallise, rigid and unbending, and subsequent research colours the Stonehenge I wish to find rather than the Stonehenge that exists.

My current opinions include:

I make mention of the above only to illustrate the special relationship that our ancestors may have enjoyed with birds and the deeply intimate influence that birds may have exercised on their psyche.

Eagles also seem to have played a part in the downfall of Albion as discussed here on Eternal Idol and illustrated here.

Hunting birds particularly have enjoyed a special status amongst the historical kings and queens of Britain. The above white-tailed sea eagle may have been held in captivity by the then king of Stonehenge as the only bird of high enough status to eat the flesh of human kings at the required time. For the man to know that one day his flesh would be offered as food to this bird he shared his life with must have been a constant and humbling reminder of his fate.

Imagine Coneybury Henge for a short time on a hill near Stonehenge dedicated to a funerary ritual fit for a king of the Wessex tribe, a Neolithic Westminster Abbey. The king’s recently dead body placed on a raised wooden platform at the centre of the henge. The captive eagle offered forward that had shared much of its life in the company of the living king.  A bird chosen by the king himself had the honour bestowed upon it of feasting on the flesh of a king for a final meal itself. After the eagle was satiated and a suitable time had elapsed, the bird was sacrificed and the family of the king ritually prepared and feasted too on the flesh of the eagle. The king’s favourite dog sacrificed and placed with the final partial remains of the eagle in a ditch on a hill on Salisbury Plain .

Eagle stones or aetites (technically, any hollow stone containing loose matter) are a subject I find fascinating and hope to  return to in the future. According to Pliny, aetites were found in the nests of eagles and there are always two of these stones found together, ‘a male stone and a female stone, without which the eagles would be unable to propagate’. Others have said that these stones protect the eagle’s eggs and young from lightning strikes and snakes, who are said to fear them. An excellent article on these elusive  stones  by C.N. Bromehead exists in the archives of  Antiquity : 1947 volume 21 Number 81 pages 16-22. Unfortunately, it is not free to view. Pliny also observed that eagle stones should be wrapped in the skin of an animal that has been sacrificed. The stone was observed to have a purplish colour, coincidentally, the colour closely associated with British royalty to the extent that Elizabeth I forbade anyone except close members of the royal family from wearing the colour.

Does the Eagle know what is in the pit,
Or wilt thou go ask the Mole?
Can Wisdom be put in a silver rod,
Or Love in a golden bowl?

…The book of Thel

‘In the third chamber was an Eagle with wings and feathers of air
he caused the inside of the cave to be infinite,
around were numbers of Eagle like men,
who built palaces in the immense cliffs.’