Drombeg Stone Circle and the Shadows Cast at Sunrise: A Solstice Poem by Dr Terence Meaden 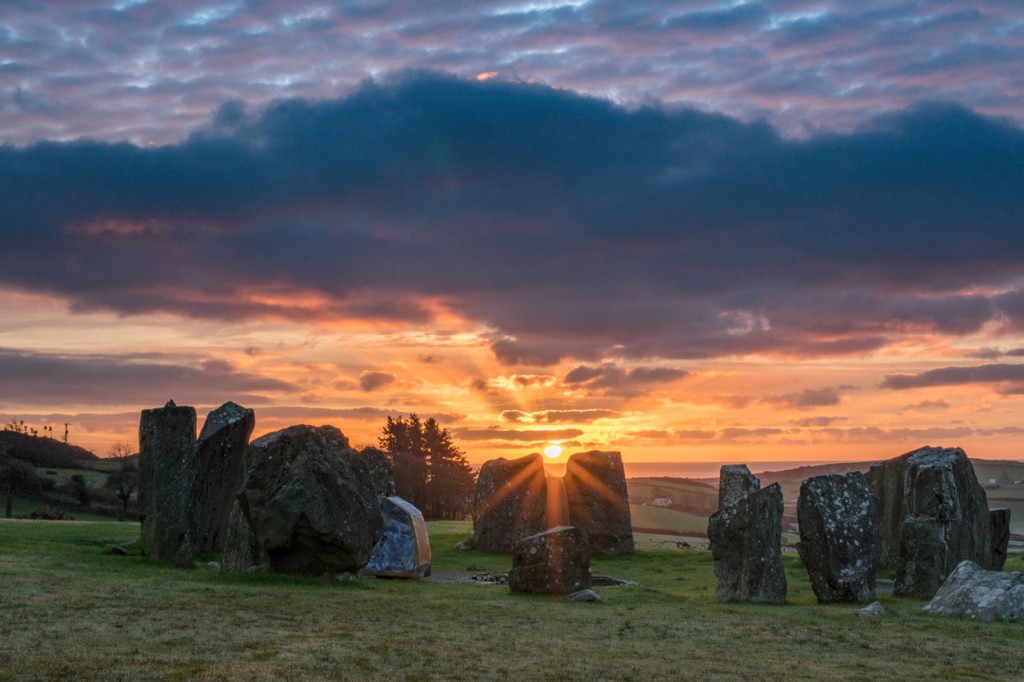 WRITTEN BY Austin Kinsley ON 07/04/19. Drombeg Stone Circle and the Shadows Cast at Sunrise: A Solstice Poem by Dr Terence Meaden POSTED IN Recumbent Stone Circles

In an opening blog for Silent Earth here, Dr Terence Meaden began by explaining his discoveries of the visual happenings that recur annually at the ancient agricultural festival dates at Drombeg Stone Circle.

First, were the intriguing spectacles that return biannually at the spring and autumn quarter dates at what many people call the equinoxes? Beltane and Lughnasadh were introduced, as well. Later blogs will provide photographic evidence of what happens on the other major festival occasions, notably at the solstices and at Samhain and Imbolc.

Below is an ode in three stanzas written by Dr Meaden about the beauty and meaning of such happenings when considered in the context of a fertility religion, such as may be inferred for the Megalithic Age of Britain and Ireland if, for example, they involved an Earth Mother and a Sky Father.

On portentous dates of the year at sunrise, a male-symbolic stone in the east casts a phallic shadow onto a waiting female-symbolic stone. Representing sexual union between divinities, known as the ‘hieros gamos’, or the Marriage of the Gods, it is a touching spectacle that anyone can watch on the right dates when the eastern horizon is clear.

Photographs taken on 17 December 2016 by Mr Nick Mitchell and used with permission. 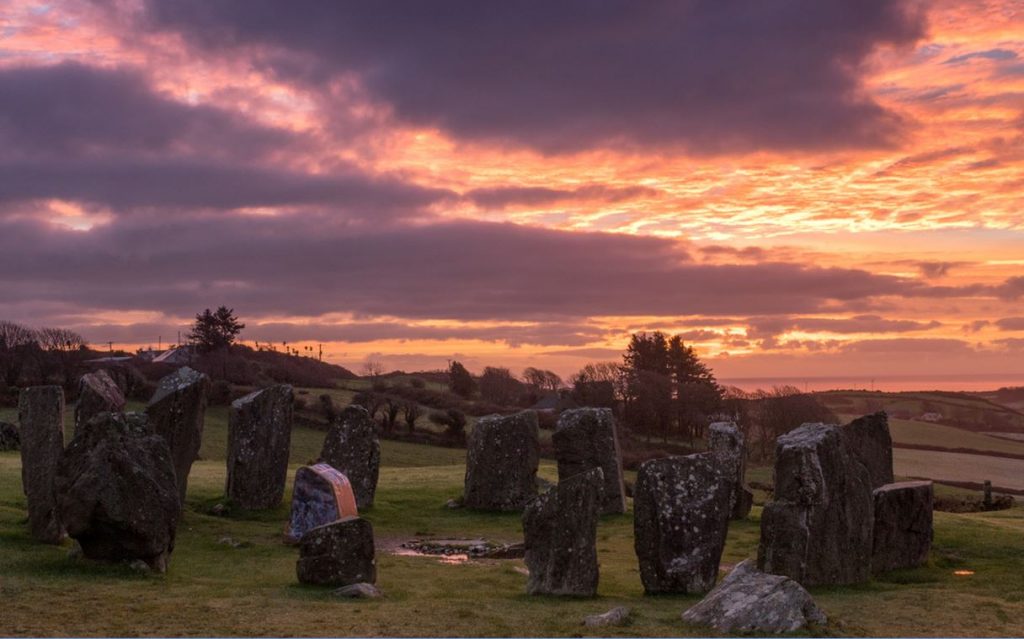 At Drombeg I wait alone
as witness to a ring of stone
that’s stood here proud through ages long,
cherished, honoured, and built so strong
as to defy all weather types
the frosts, the storms, the lightning strikes,
— now lov’d again tho’ misunderstood
by puzzled folk who really would
like answers as to why and when
it came to be abandoned then.
For while these stones we much admire
with deep respect and true desire,
how is it that we do not know
the reasons why — yet love them so? 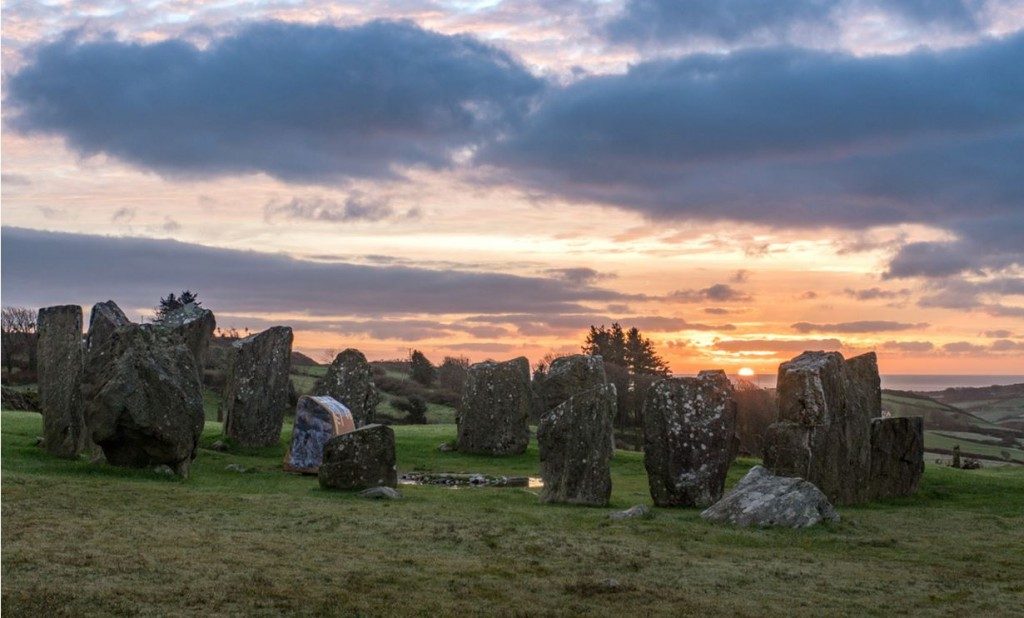 Now shhhhhh
… With dawn just ended, the time is near,
as Drombeg wakes the horizon’s clear,
the frogs they croak, the ravens fly
like eerie spirits gliding by.
The last owl hoots, the first thrush sings
with all the joy that daylight brings.
The rising sun now leaves its bed
from which it shows its golden head
of light divine — for so it’s said
the Sky with Earth will soon be wed—
presenting us the first bright gleams
of shining fertile silent beams
that cast Fál shadows from stone to stone
inside the circle’s sacred zone.

The sun has risen, the cock’s still crowing,
it’s solstice morning, and we’re rejoicing.
We watch the orb — now full and awesome
the shifting rays most warmly welcome.
The shadows play, the stones unite
the Sky with Earth thro’ loving light.
This hieros gamos renews our hopes
for lush fertility by vivid tropes.
Such precious moments, they come, they go
they do not last, it must be so.
We view the shadows moving thus,
and bid farewell without a fuss.
The hour’s passed, and now it’s clear
… we must be patient until next year.