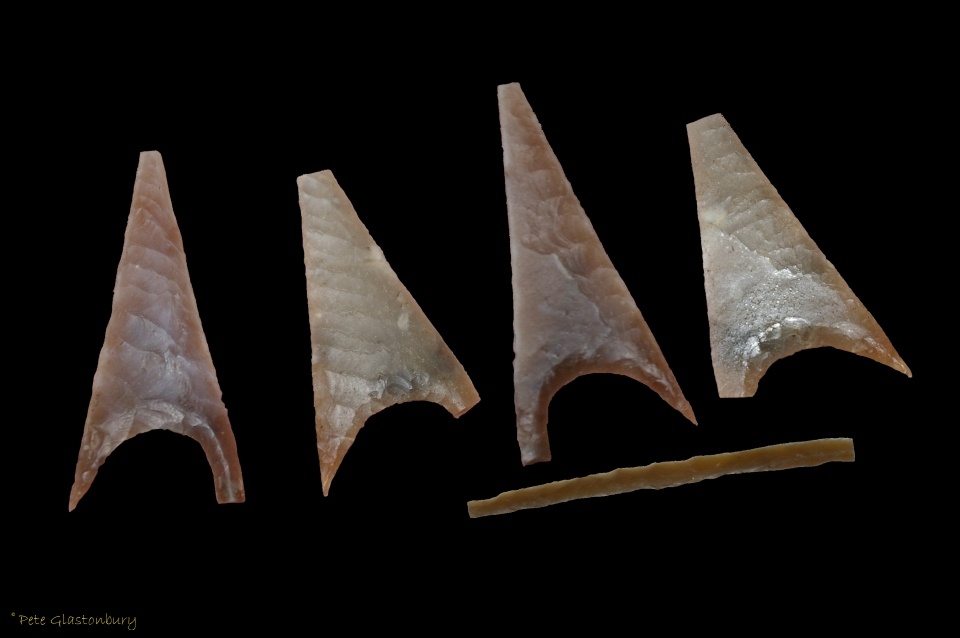 The 2015 archaeological field excavations at Marden and Wilsford Henges in the Vale of Pewsey Wiltshire are now complete. Pete Glastonbury has kindly provided his photographs of some of this season’s finds along with additional images from the 2010 excavations, which are included below, together with my own images taken during a number of site visits during July 2015.

‘Marden is a Wiltshire village approaching midway between Avebury and Stonehenge. It has a huge henge that is larger than Avebury. The henge has a unique feature of two entrances at right angles to each other on north and east sides, and a ditch 40 feet wide. It had a ‘Giant’ mound that John Aubrey claimed was second only in size to Silbury Hill.’ –  Brian Edwards. 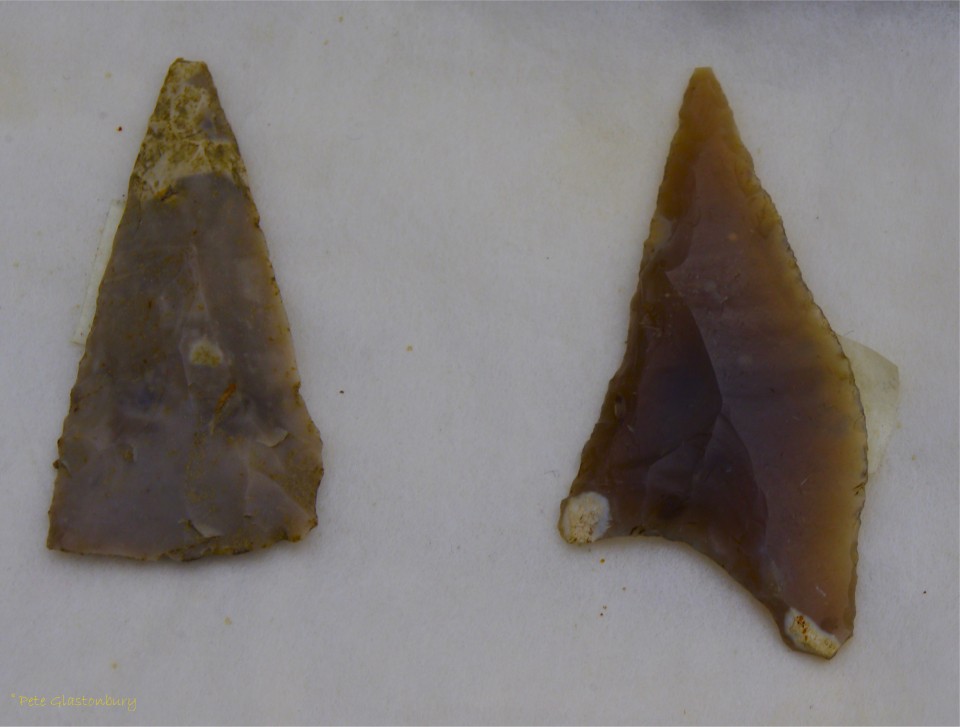 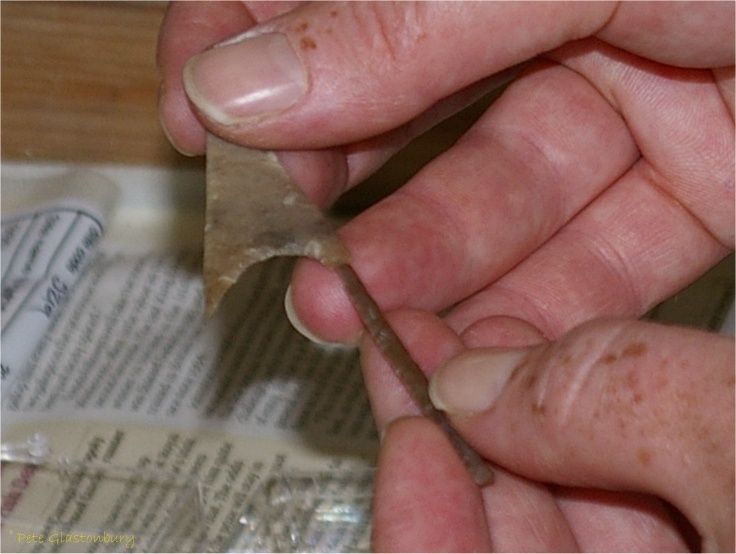 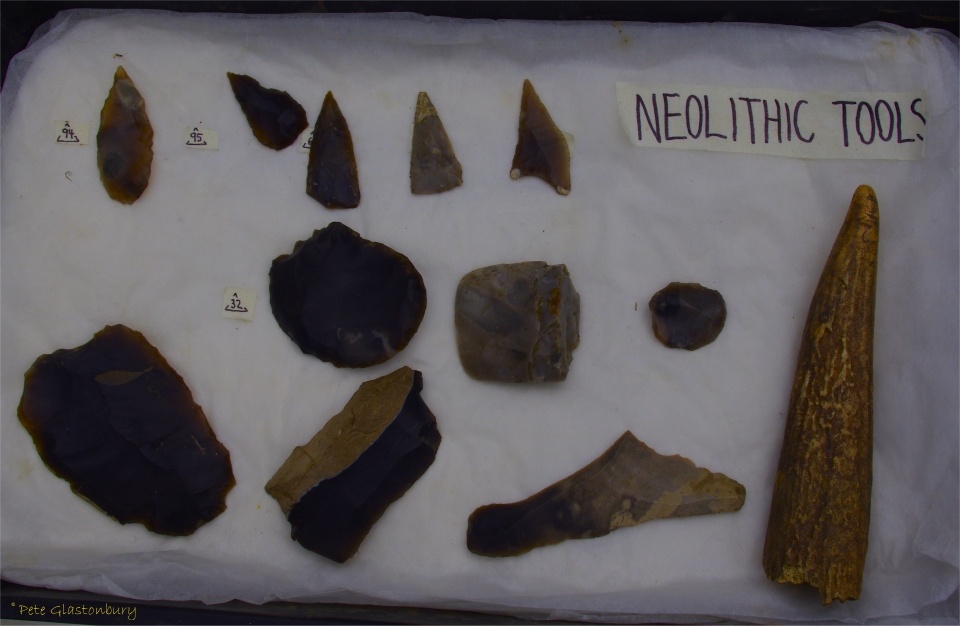 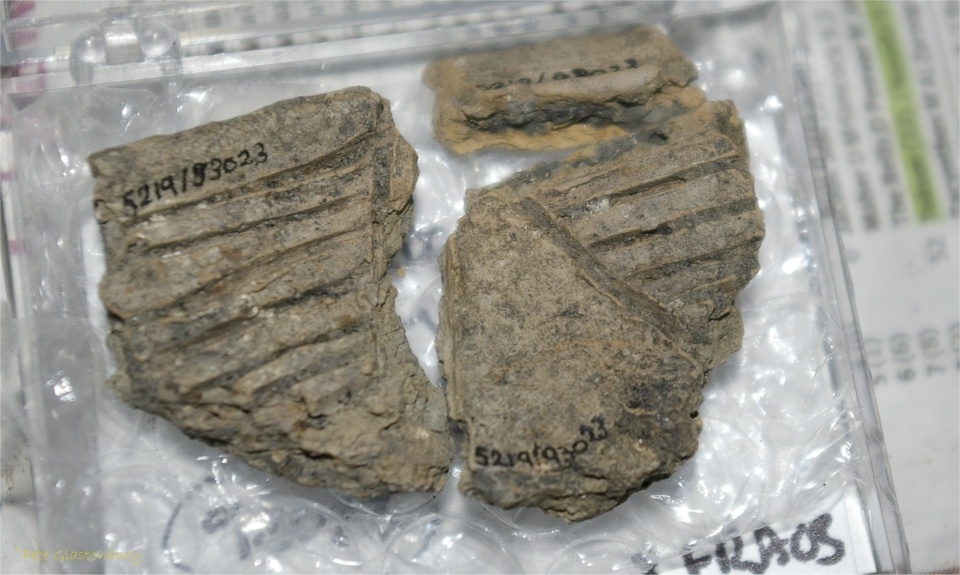 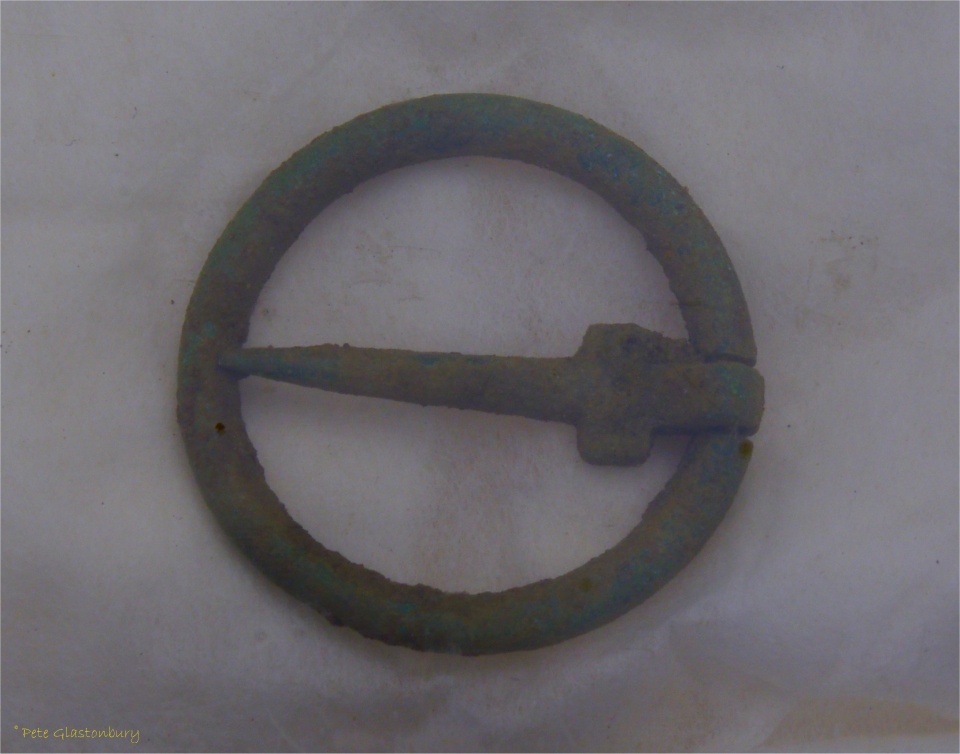 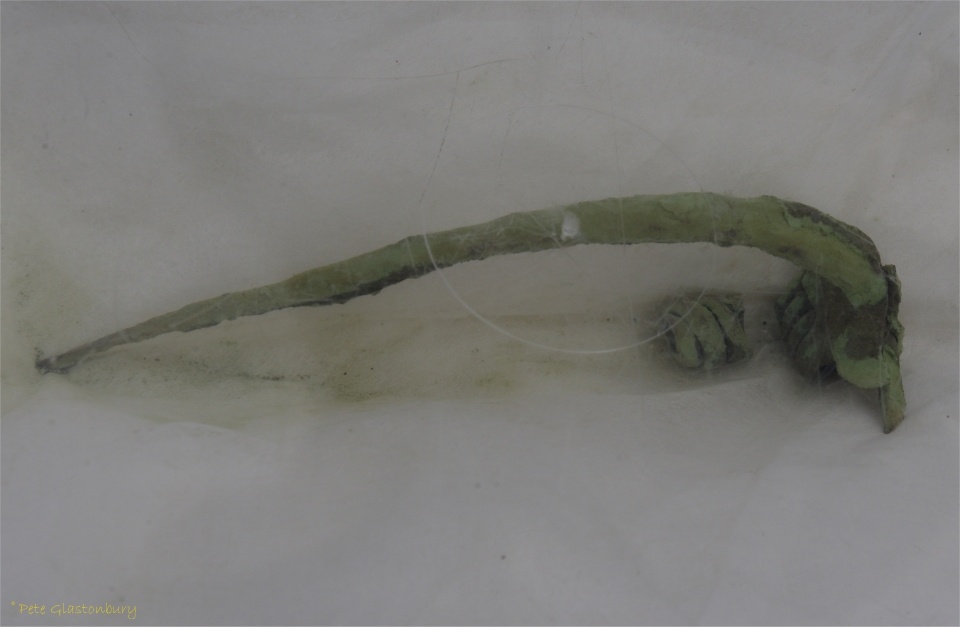 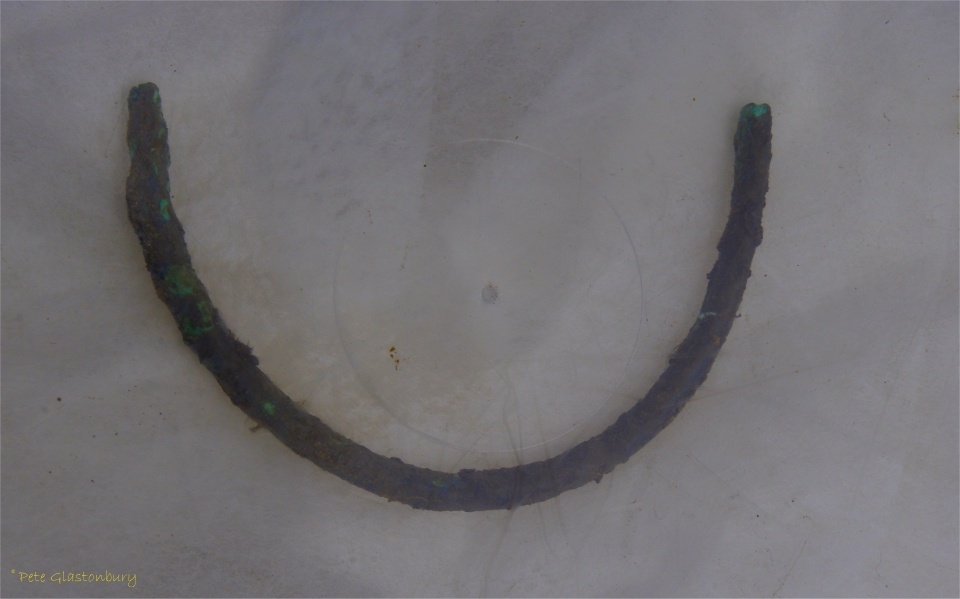 The image below looks east across Wilsford Henge Trench ‘E’ in the foreground with the Roman house Trench ‘D’ behind. An outline of the circular henge is visible as a darker green in the foreground. The main excavation in this trench during 2015 was at the henge ditch terminals, where the skeleton of an adolescent child aged approximately 13 was discovered. Impressions of post holes can also be seen here to the left and centre of the outer edge of the henge. 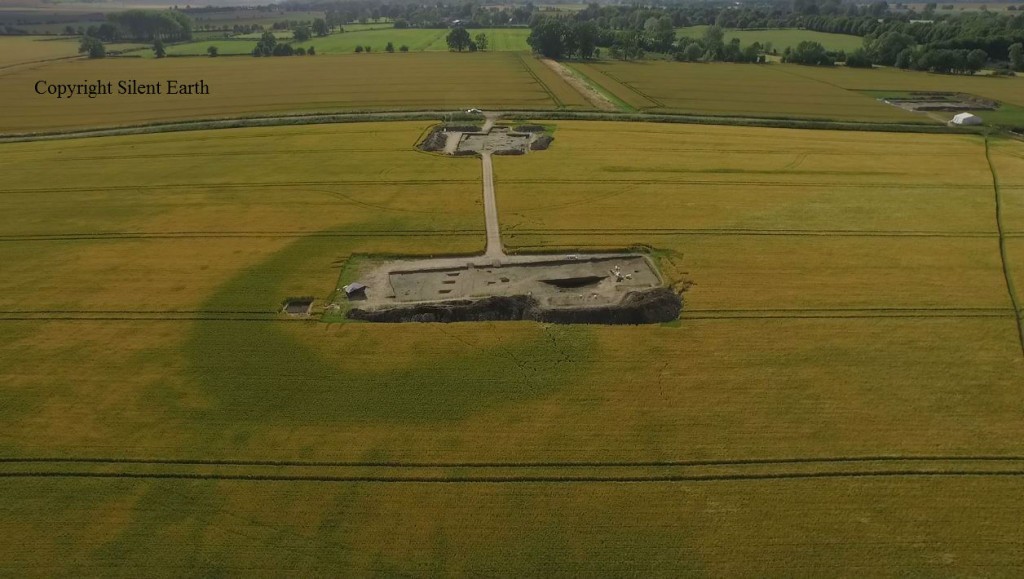 Wilsford Henge from the east

The image below shows Trench ‘E’ Wilsford Henge and Trench ‘D’ Roman house ( Trench ‘E’ is the upper image in this photograph). 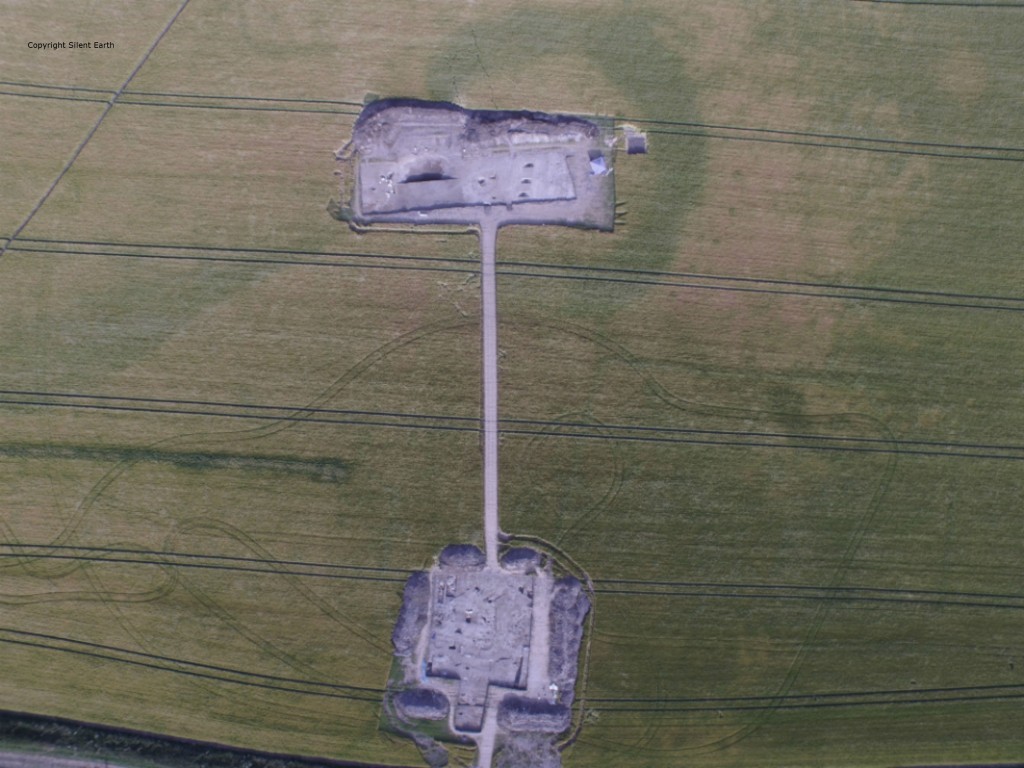 Below is Trench ‘E’ Wilsford Henge. 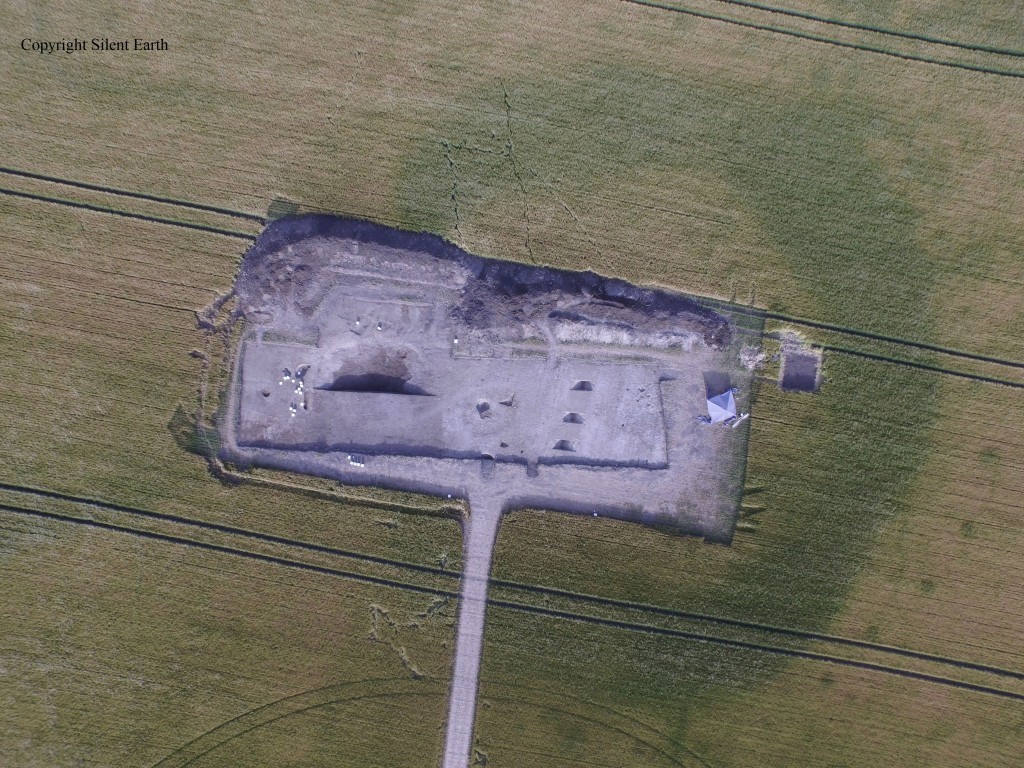 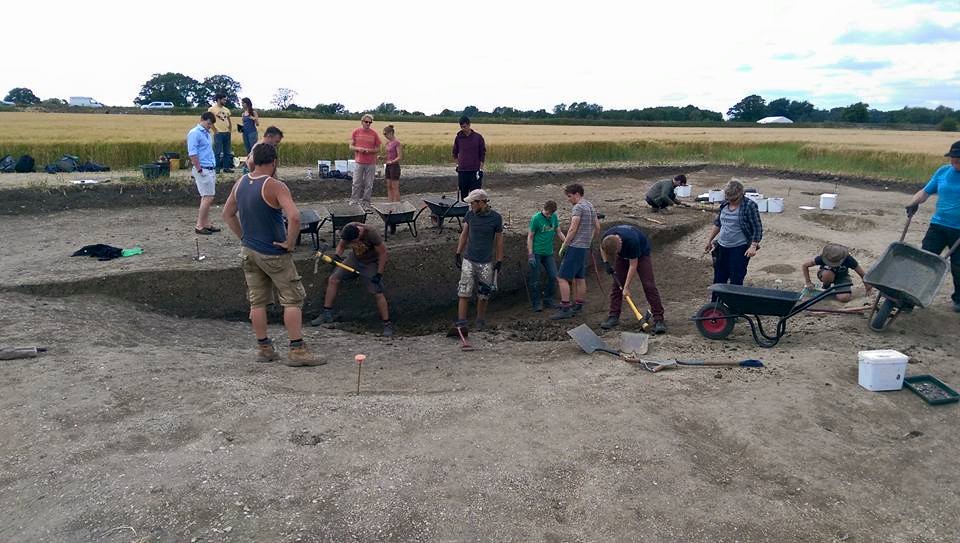 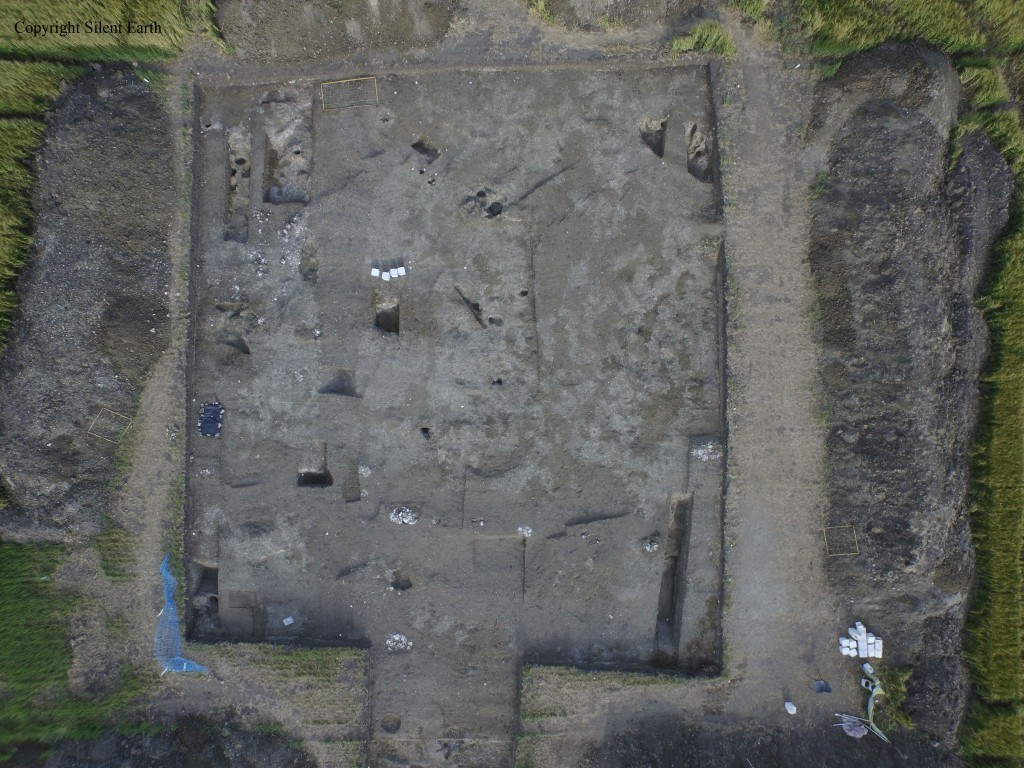 Below: Post holes being excavated in Trench ‘D’ Roman house on 11 July 2015. These post holes can be seen in the upper left-hand side of the aerial image of Trench ‘D’ above. 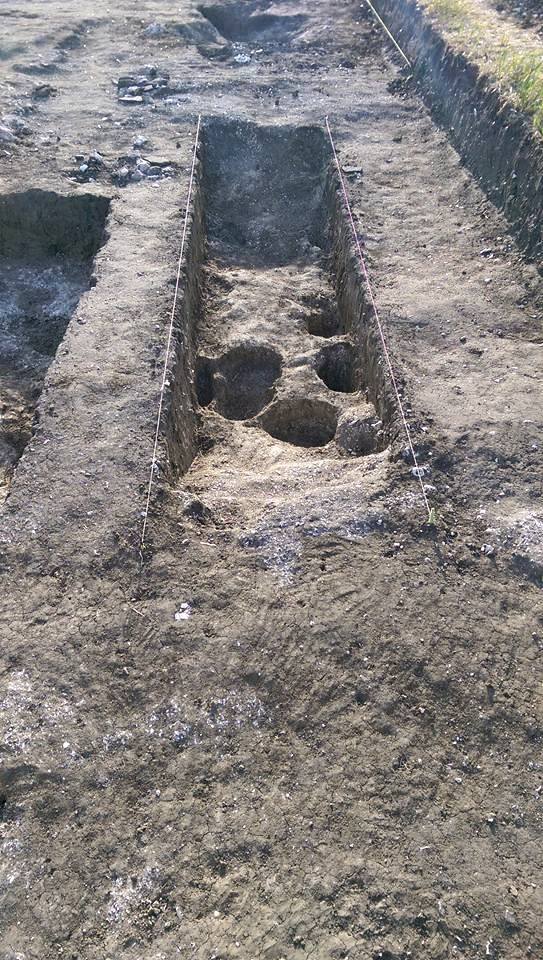 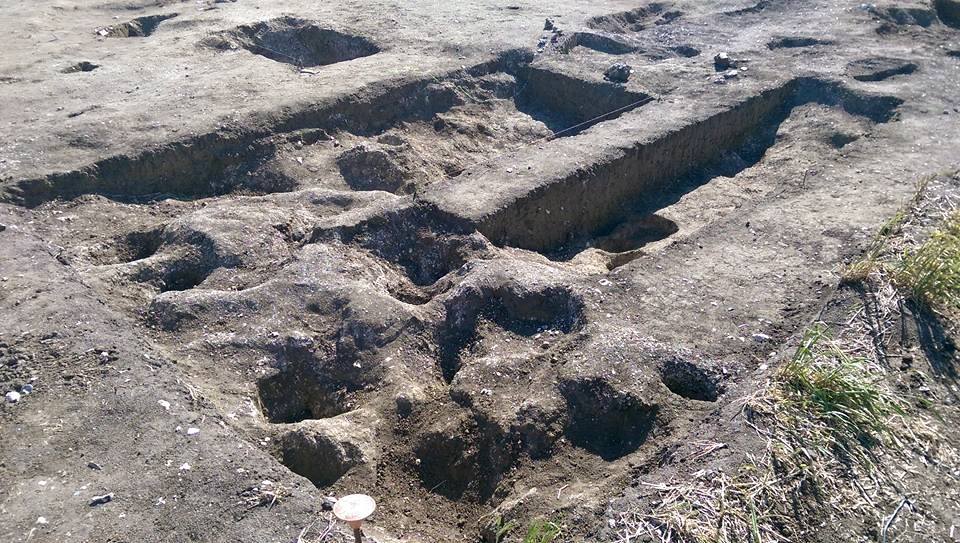 The image below is looking south across trench ‘C’, with trenches ‘D’ and ‘E’ in the background. I was informed that Trench ‘C’ is possibly a Roman cattle enclosure. Circular outlines of ploughed-out tumuli (burial mounds) can be seen in this image in the field south of Trench ‘C’. 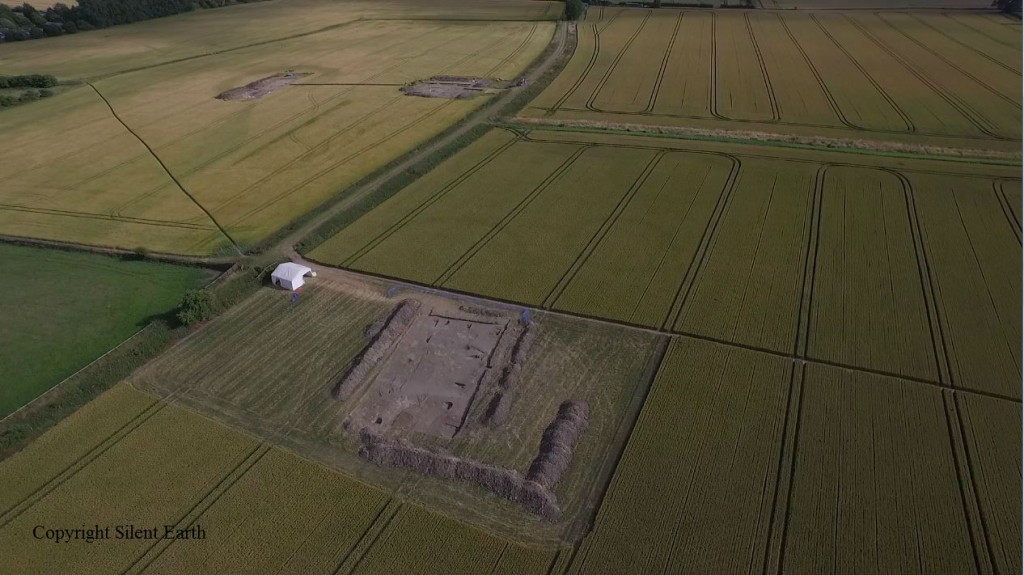 Below: Trench ‘A’, a large hearth in the middle and the entrance to the house, is at the lower right. 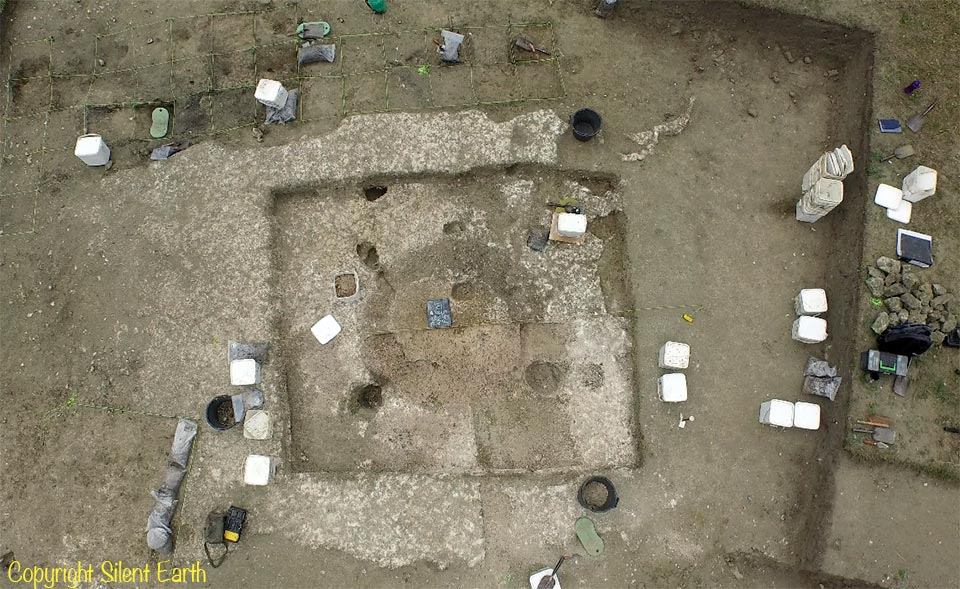 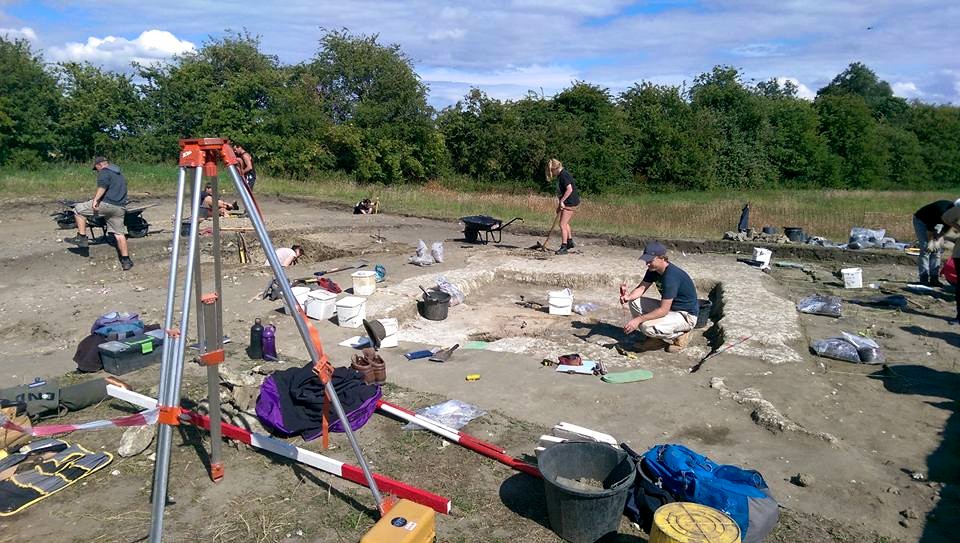 Below a second area being excavated west of the Neolithic house in Trench ‘A’ on 23 July 2015. 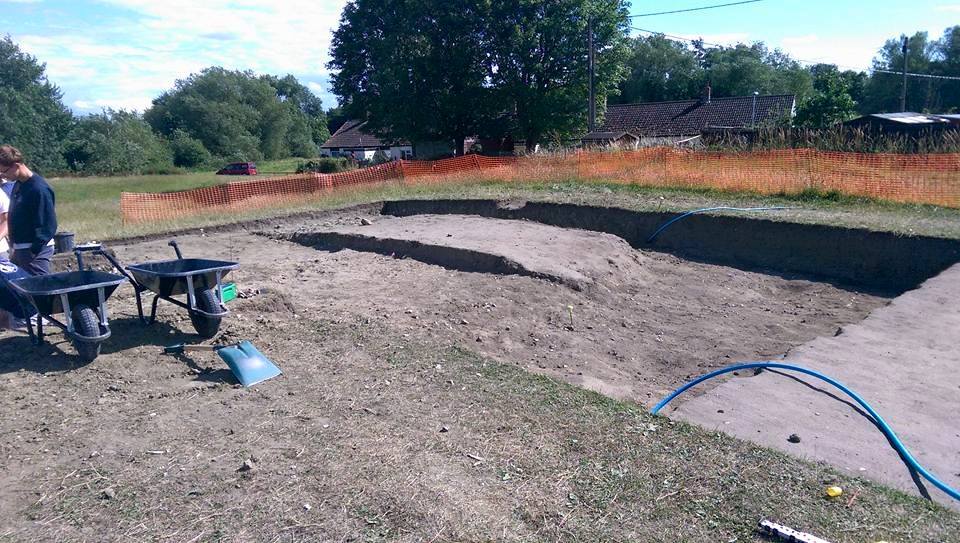 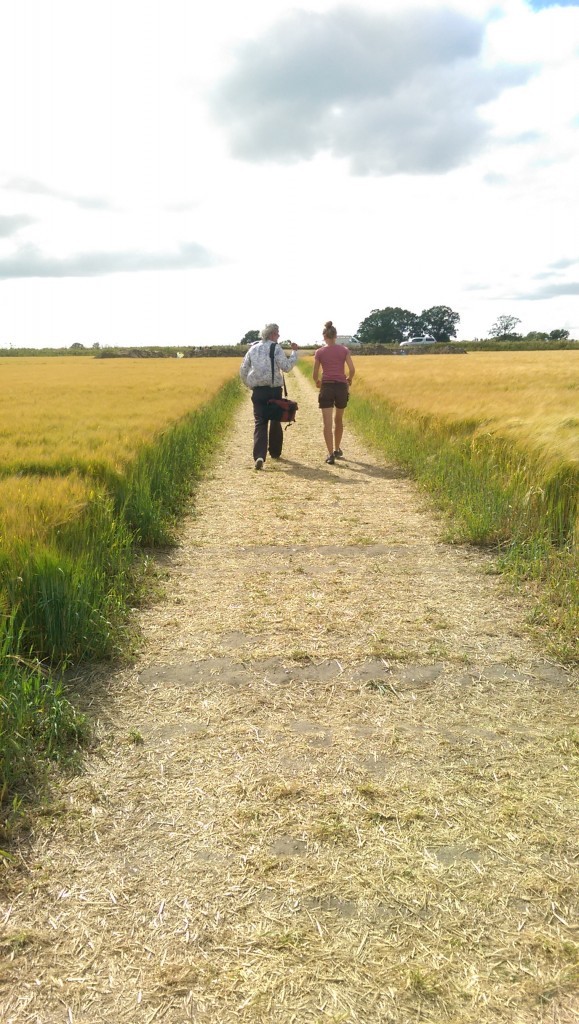 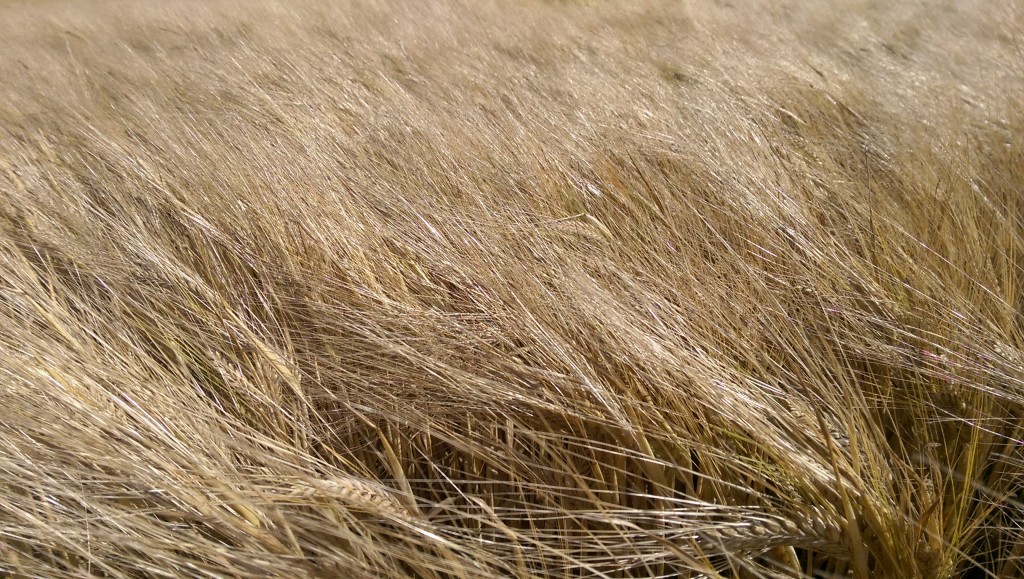 There can be few pleasures in the whole of heaven greater than resting in a field in the Pewsey Vale watching wind wash over fields of barley and wheat during the month of July.

Below: Looking south across the Vale of Pewsey, with Trenches ‘C’, ‘D’ and ‘E’ towards the upper left. 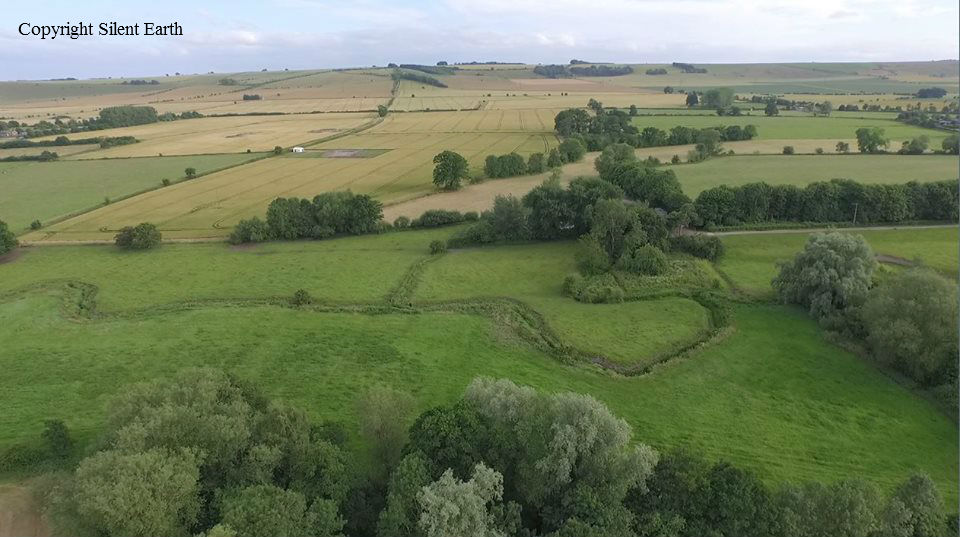 Thank you to the University or Reading and all working on the 2015 excavations who were unceasingly helpful and informative, and to Pete Glastonbury, my site guide, for the photographs of the finds.