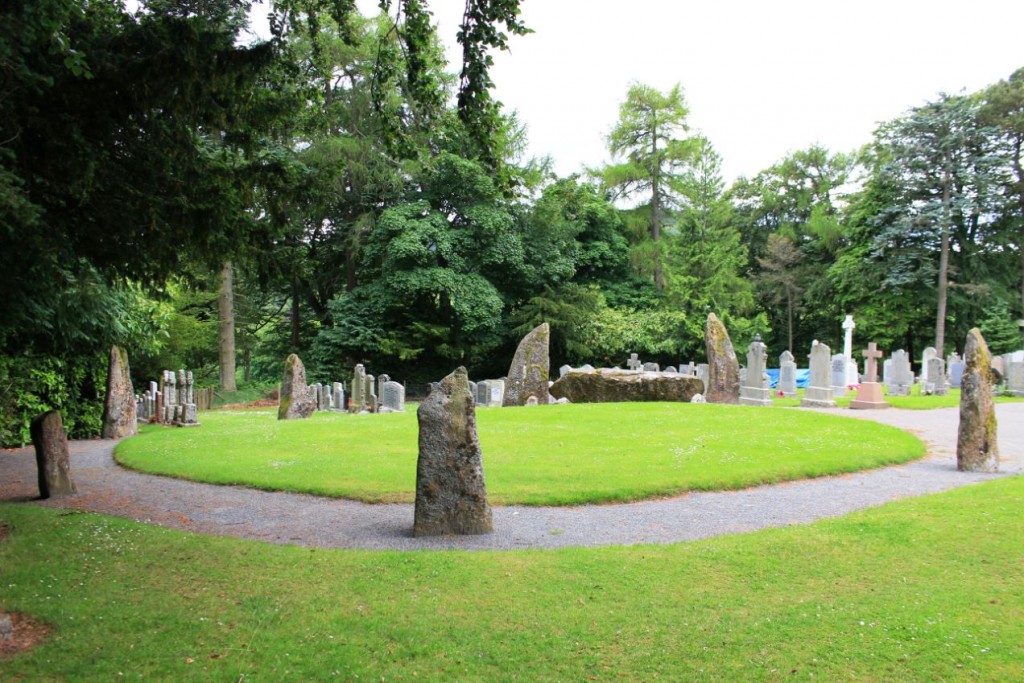 We visited Midmar Kirk recumbent stone circle on Sunday 18 June 2017, during a recent research visit to  Aberdeenshire, Scotland. The afternoon sky was leaden, but as chance would have it, rain held off during our short visit. First impressions of this uniquely distinctive site in a rural setting were strongly influenced by its location in the grounds of Echt and Midmar parish church, along with a setting amongst recent gravestones.

The web pages for the parish church here indicate: 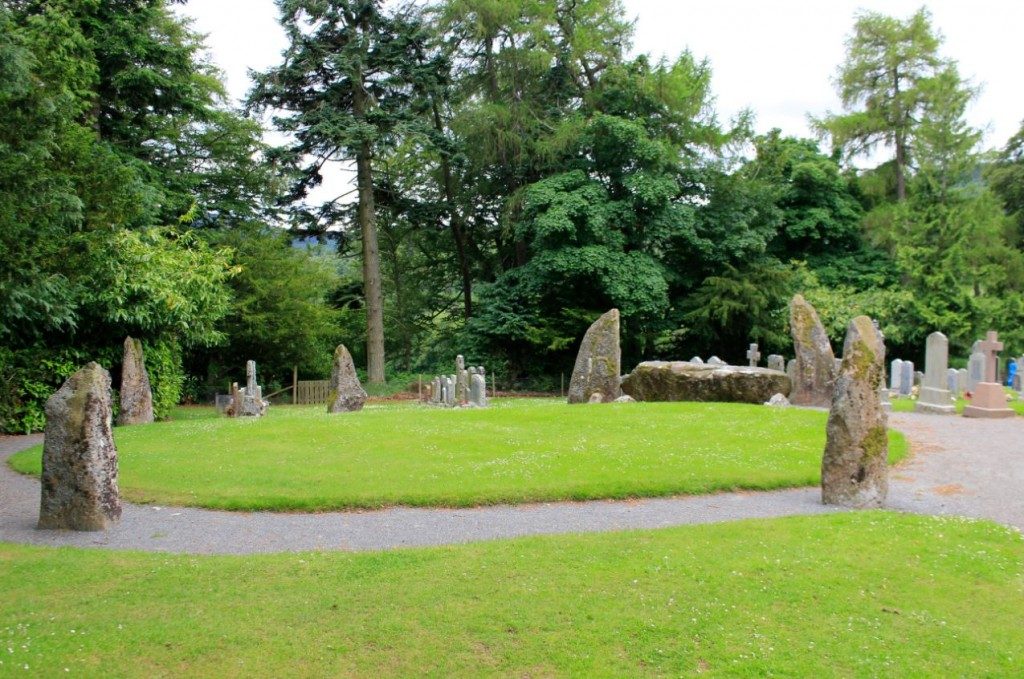 The onsite information board states: ‘The circle was tidied up when the graveyard was laid out in 1914. At this time, presumably, at least one stone was re-erected: that standing on the NNE of the circle, since its size does not follow the normal grading down from the flankers. Moreover, the recumbent and its easterly flanker are not exactly on the line of the circle as it is now laid out. The tidying up seems also to have removed traces of a later burial cairn.’

Below:  The recumbent stone with its flanking stones, photographed from inside the stone circle. The two flanking stones, each approximately 2.5 metres high, appear to have been matched and shaped into what have been variously described as canine teeth or horns. This region of northeastern Scotland is rich in farmlands, so perhaps the early prehistoric farmers who erected these stones viewed them as cattle horns. The onsite information board indicates that the recumbent is 4.5 metres long and weighs 20 tons. 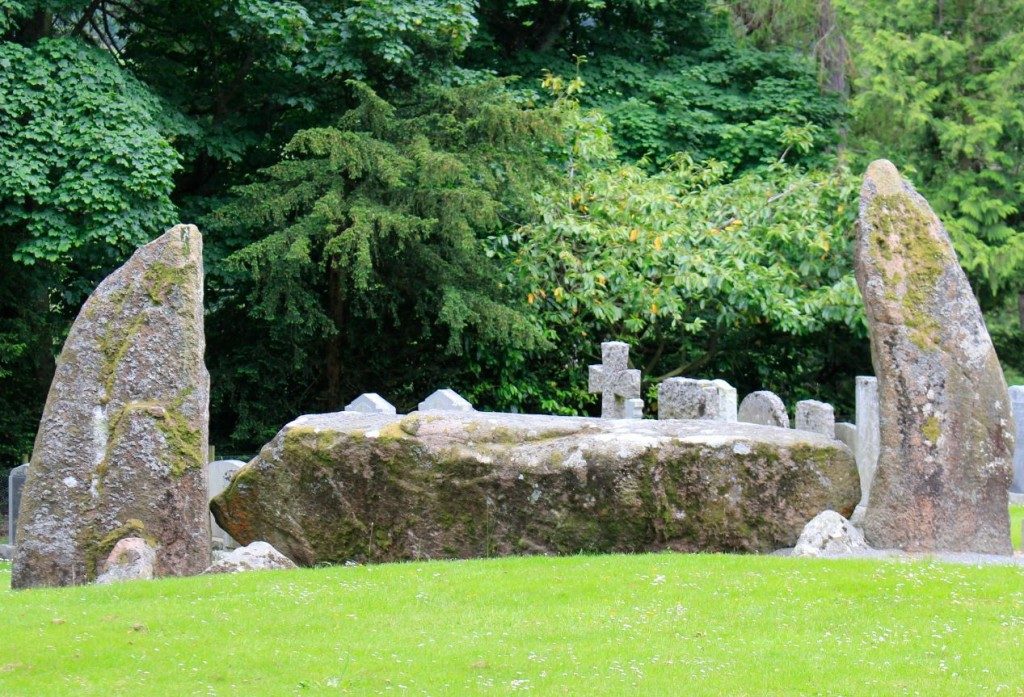 The onsite information board adds, ‘The size and weight of the recumbent show the skill and determination of the circle builders in handling large blocks of stone. They had, after all, no cranes, lorries or made up roads to help them. This testimony to their skill is reinforced by how they have ensured the upper surface of the recumbent is level. They had to use chocking stones, particularly at the westerly end to achieve this.’

Below: The recumbent stone and its flanking stones photographed from outside the stone circle. The chocking stones can be seen here. 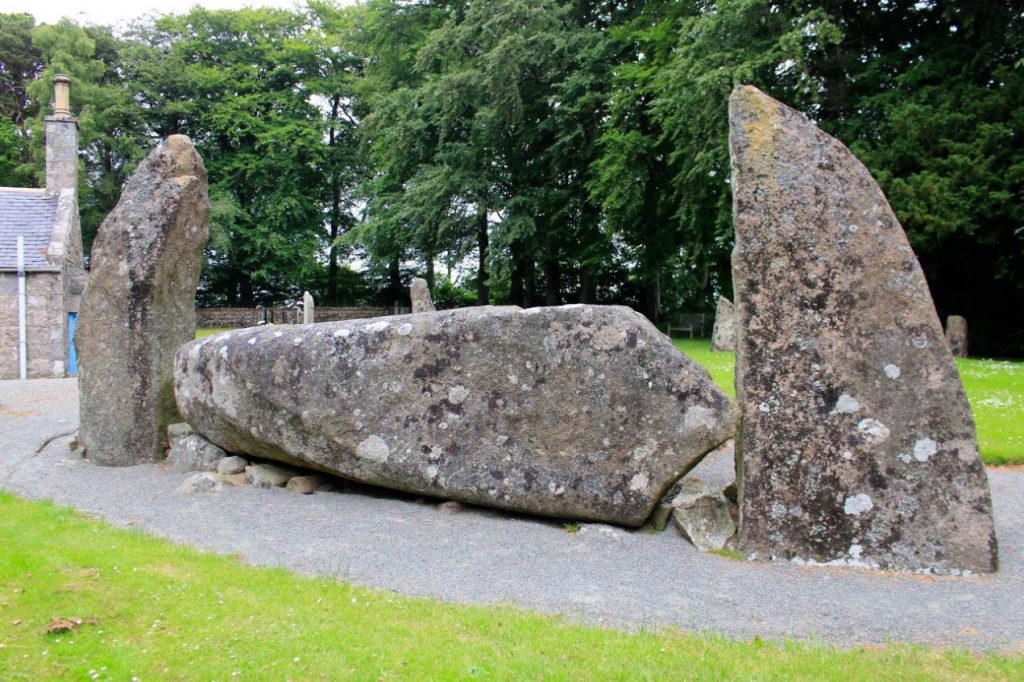 Aberdeenshire council’s record of the site confirms the stone circle also has the alternative name of Christchurch and is here.

Below: Echt and Midmar parish church, the grounds of which Midmar Kirk recumbent stone circle stands in: 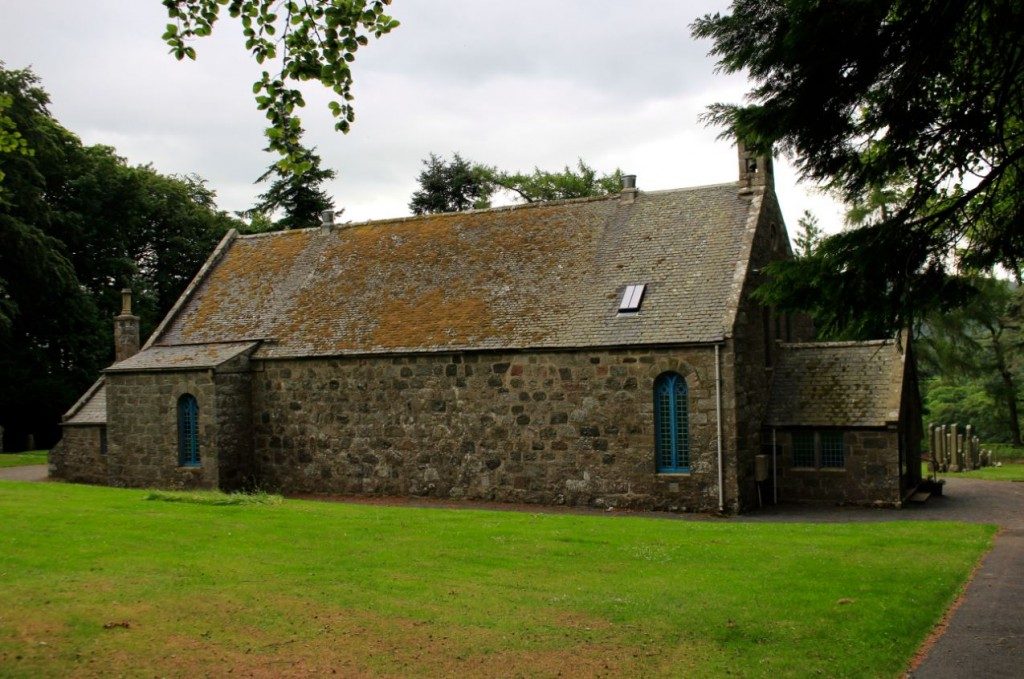 The online catalogue of Scotland’s archaeology lists its entry for Midmar Kirk recumbent stone circle here and its location is listed on The Megalithic Portal here. 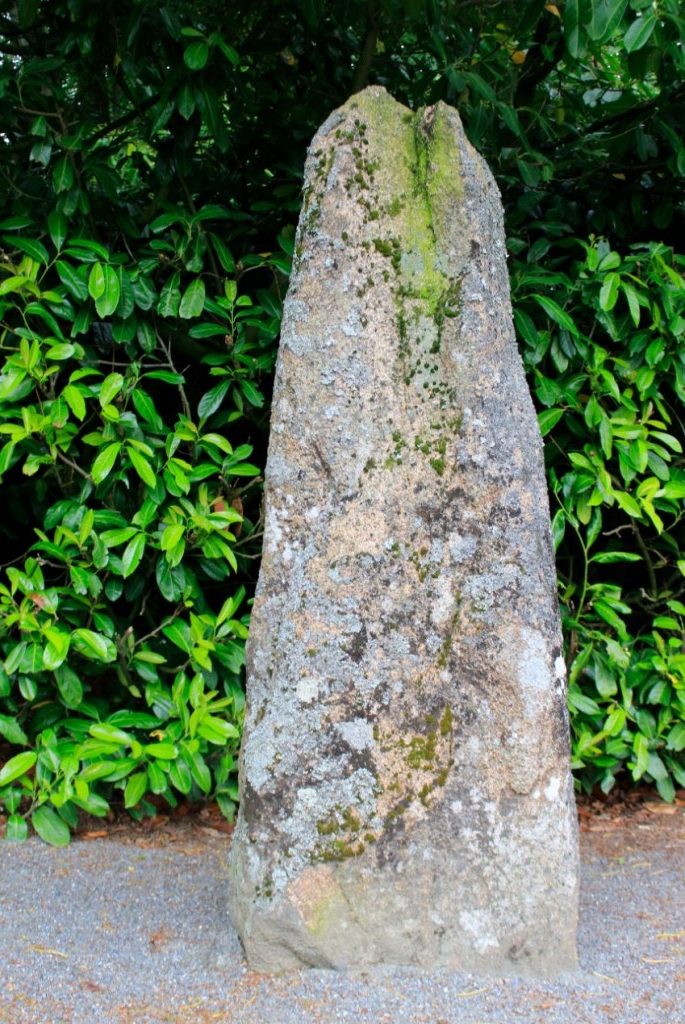 Descriptions of visits to this site can be found here on The Modern Antiquarian. 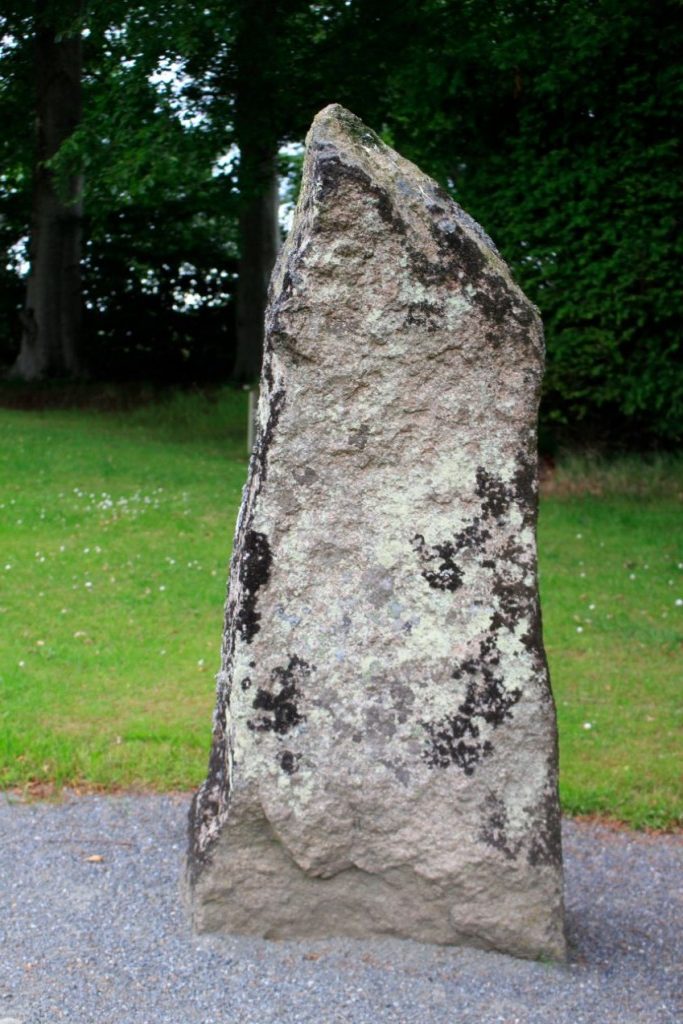 Unfortunately, our brief visit did not include time to visit the Balblair standing stone approximately 100 metres northwest of the stone circle in a small wood besides the road, described here on The Megalithic Portal. 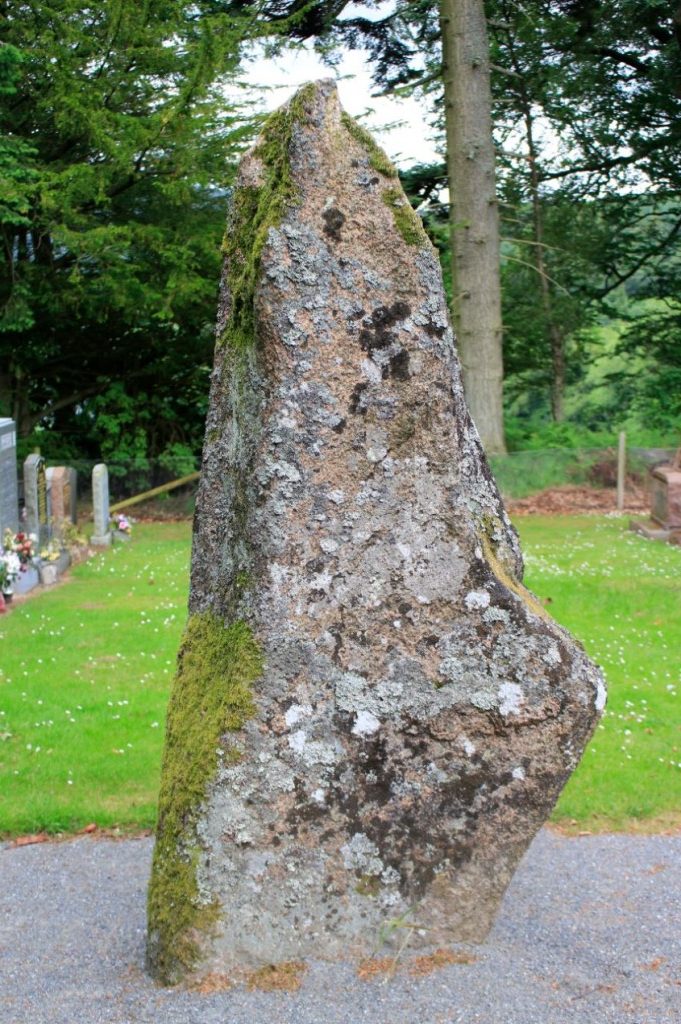 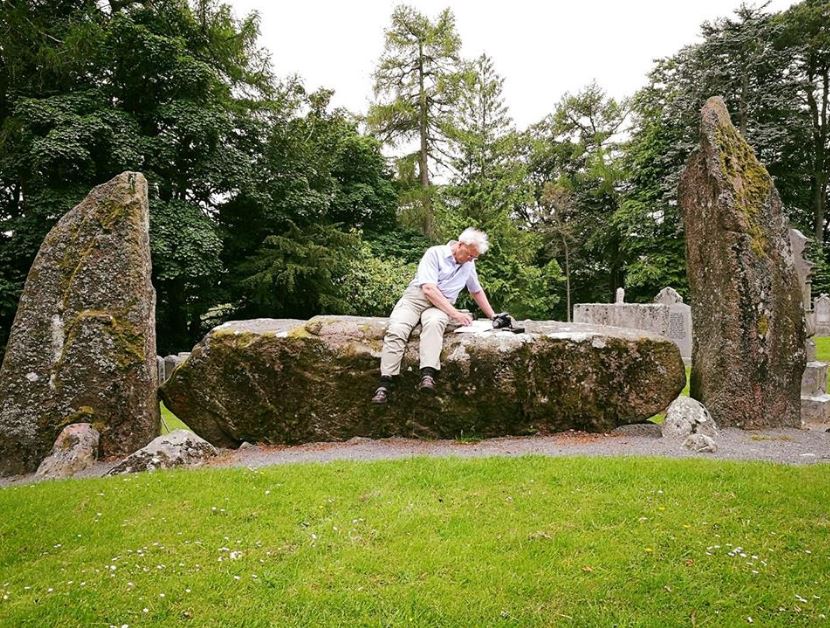