Ower Farm near Corfe and a Shrove Tuesday Tradition 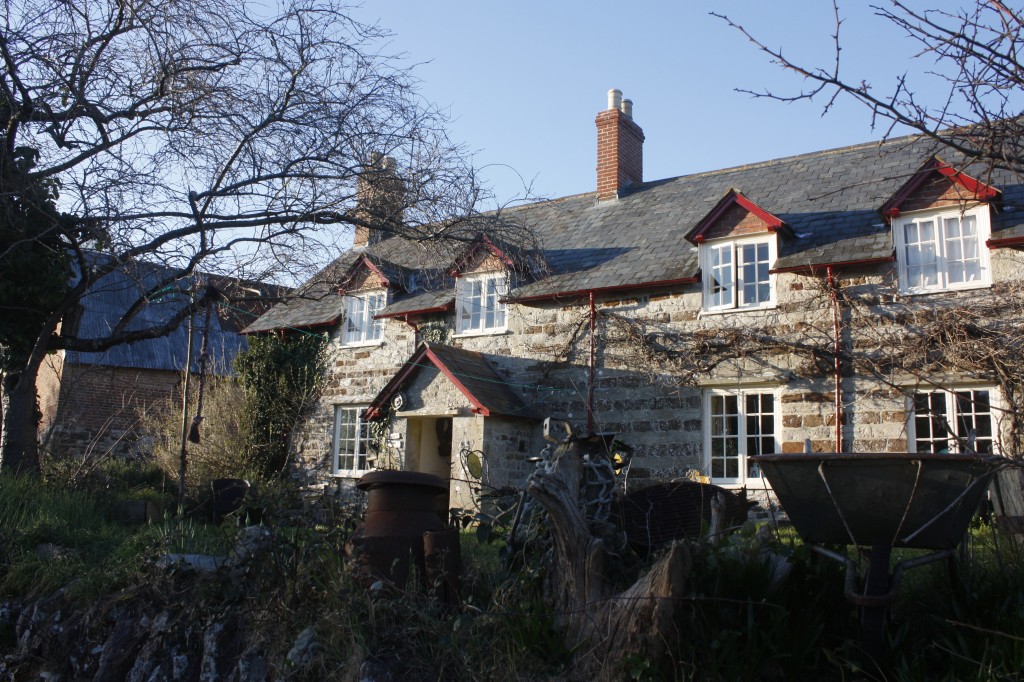 WRITTEN BY Austin Kinsley ON 05/03/19. Ower Farm near Corfe and a Shrove Tuesday Tradition POSTED IN Dorset

Before the town of Poole in Dorset existed, Ower, towards the south-eastern side of Poole harbour in the Isle of Purbeck (now lying within the Rempstone Estate) was mentioned in the Domesday Book of 1086 as ‘Ora’. The entry in Domesday reads ‘The same Abbey (i.e. Milton Abbey) holds Ora.’ In the time of King Edward the Confessor (1003-1066A.D.) it was taxed for 3 hides. ‘No ploughland is held here, but 13 salt workers (salinarii) pay a rent of 20 shillings.’

H.P. Smith M.B.E, J.P. wrote an enchanting and informative article titled ‘Memories of Ower’ published in The Dorset Year Book of 1940 and observes:

‘In the days when Corfe Castle was under construction, Ower Quay saw busy days, for it is on record that timber and other commodities were brought to Ower, and transported thence across the heathland to Corfe. Indeed the Purbeck folks hereabouts still point out the vestiges of ancient tracks which bear testimony to this Mediaeval traffic.’ Mr Smith also observes records from the Exchequer of which two are listed below:

‘Expenses of Brother Henry going to Twyford (Christchurch), remaining there to prepare the timber, and returning to Ower therewith…… £1  12s  0d.’

Of Ower Quay, Mr Smith adds, ‘Down to the early 18th century, this same quay was used for the export of celebrated Purbeck stone and marble, so that Ower was in very truth the principal port of the Isle of Purbeck. The Purbeck quarrymen of Langton, Worth Matravers and Swanage were naturally concerned about keeping open this valuable right of way and it was their invariable custom on Shrove Tuesday or Ash Wednesday to present the present tenant of Ower farm – as representing the Lord of the Manor with the quit rent payment of a pound of peppercorns. This quaint observance still survives, although it is many a year since a load of stone was transported across the heathland.

Mr Tom Churchill one of the twelve children born in the little cottage by the shore (at Ower), tells how on Shrove Tuesday the bell of the Church of St Edward the Martyr at Corfe rang out at noon, as a summons for the Ancient Order of Marblers to attend the annual session of their court at the Guildhall. And then, business transacted, it was their wont to repair to the local inns to end the day in jollification.’ 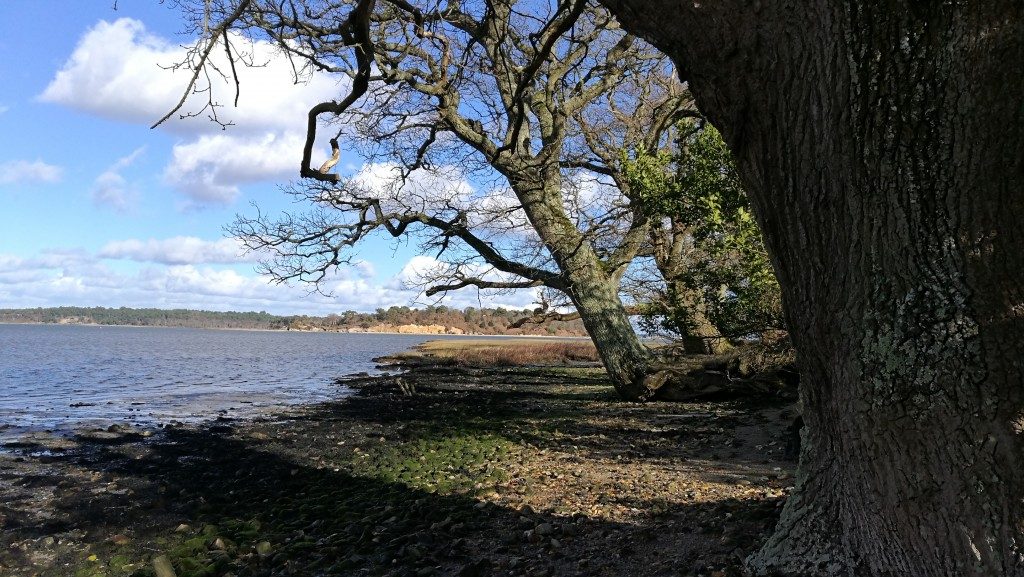 From Poole harbour shore at Ower bay looking north east towards the sandy cliffs of Green island and a distant Brownsea Island to the left on the horizon.

One of the regulations of the order enjoined:

‘That every man of our Company, the Shrove Tuesday after his marriage, shall pay unto the Wardens, for the benefit of this Company, twelve pence, and the last married man to bring a football according to the custom of this Company.’

‘In Charles II’s reign it was further decreed that this football should be kicked from Corfe to Ower along the right of way, and as Hutchins tells us, it became the custom to present the tenant of Ower Farm with both the ball and a pound of pepper.’ 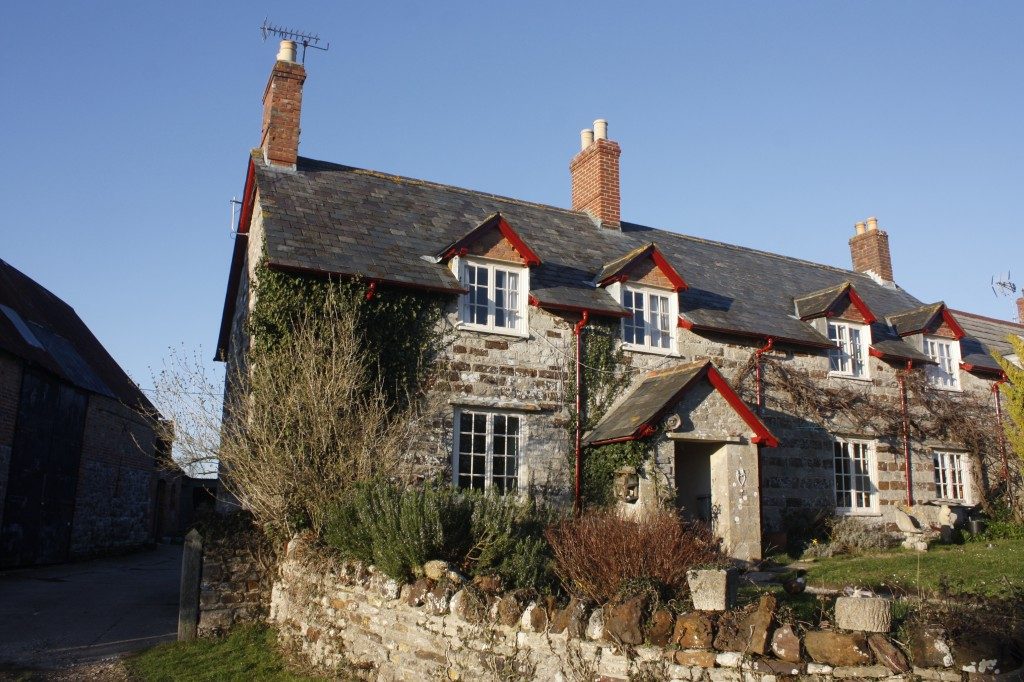 Ower farmhouse as it is today

Mr Smith also observes, ‘In recent years the quarrymen have not given themselves the labour of kicking the football all the way to Ower. They proceed to an open space at Corfe called ‘The Aves’ and kick the football there, as an indication of their preservation of the right of way. And I understand that when the stewards last conveyed the pound of pepper to Ower Farm, they journeyed by car!’

‘In this connection it is interesting to note that an overgrown trackway near the farm is still known as Peppercorn Lane.’ 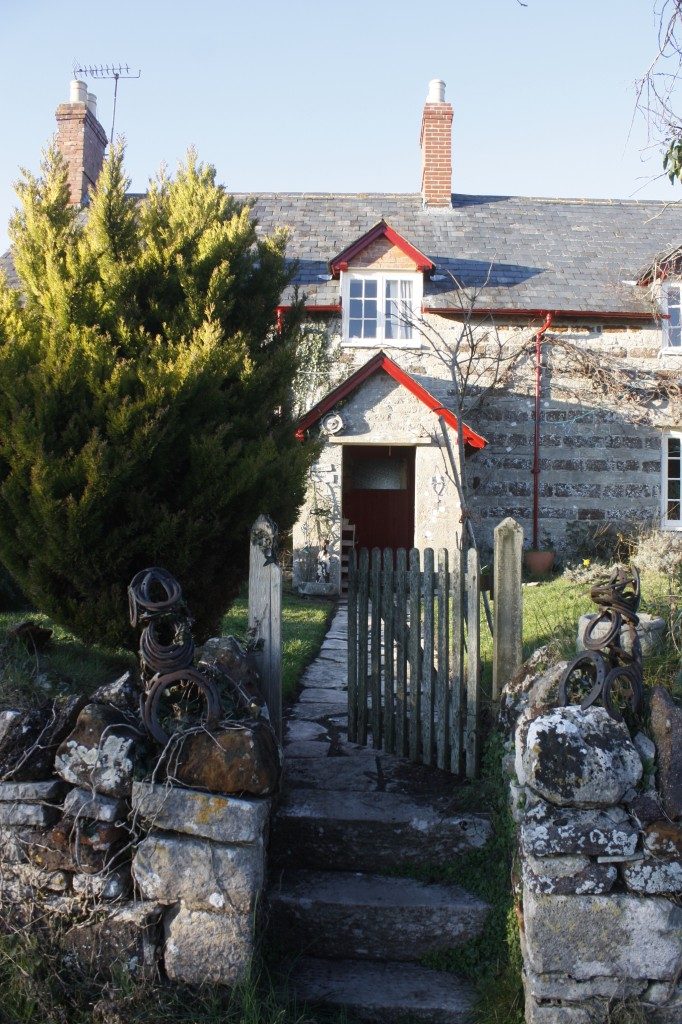 In ‘Memories of Ower’ Mr H.P. Smith recalls, ‘I have happy memories too of my friends, the Howards at the farm, and of the quaint Tudor kitchen “as old as Domesday,” so the peasantry have it – with its wide open fireplace, and massive “clavey beam” reminding us in the words of our Dorset poet, of days when:

My father’s vire were all o’logs

Of cleft wood, down upon the dogs

Below our clavy high and brode

Enough to teake a cart an’ load. 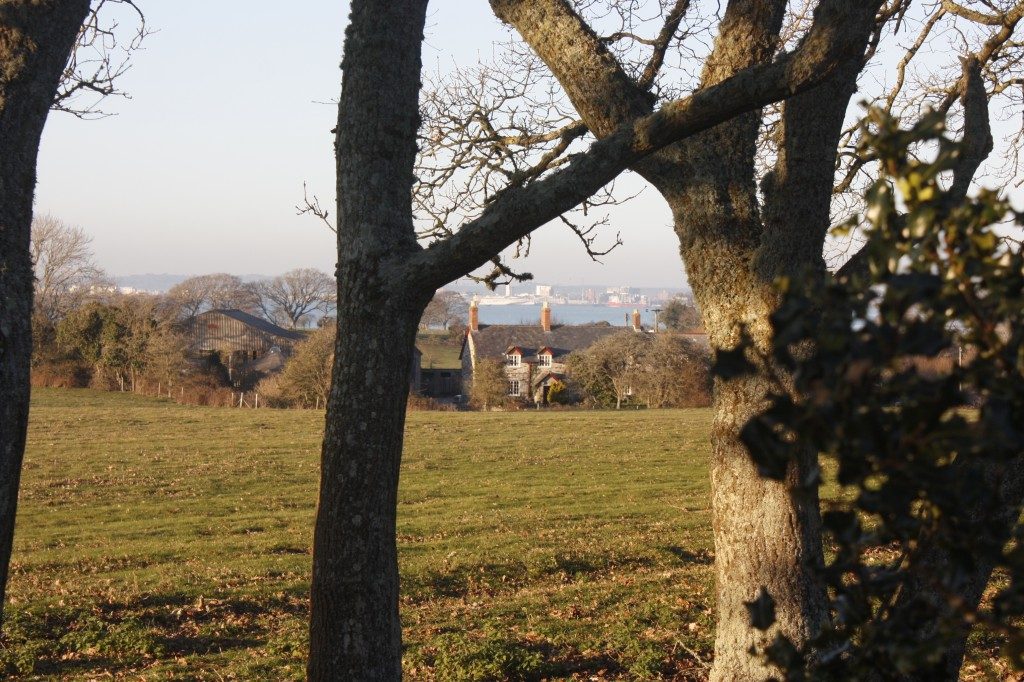 Approaching Ower Farmhouse on the path from the south west, with Poole harbour in the background 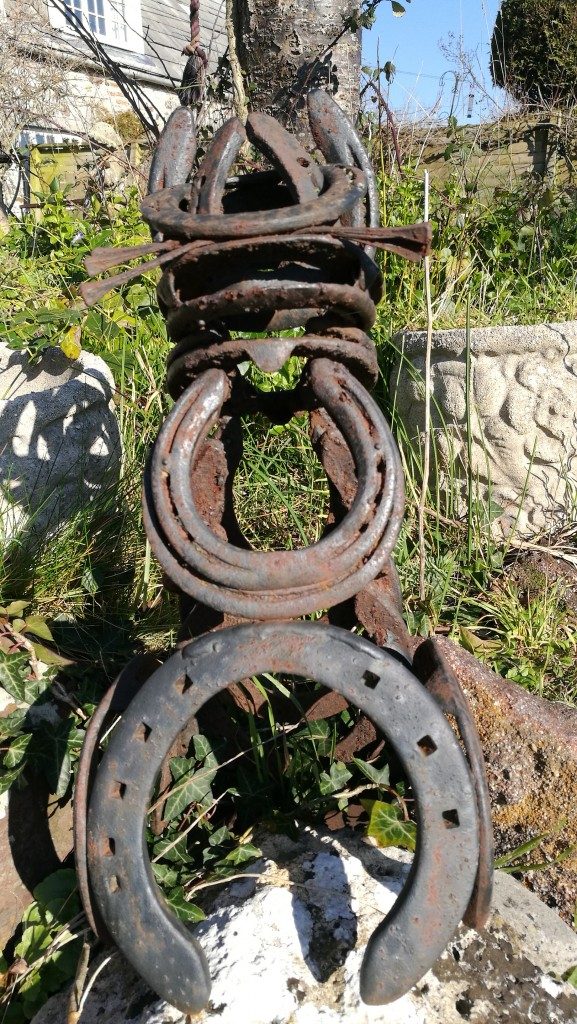 Thank you to Mr Callen for allowing the visit to the farmhouse and providing a copy of ‘Memories of Ower’ by H.P. Smith.