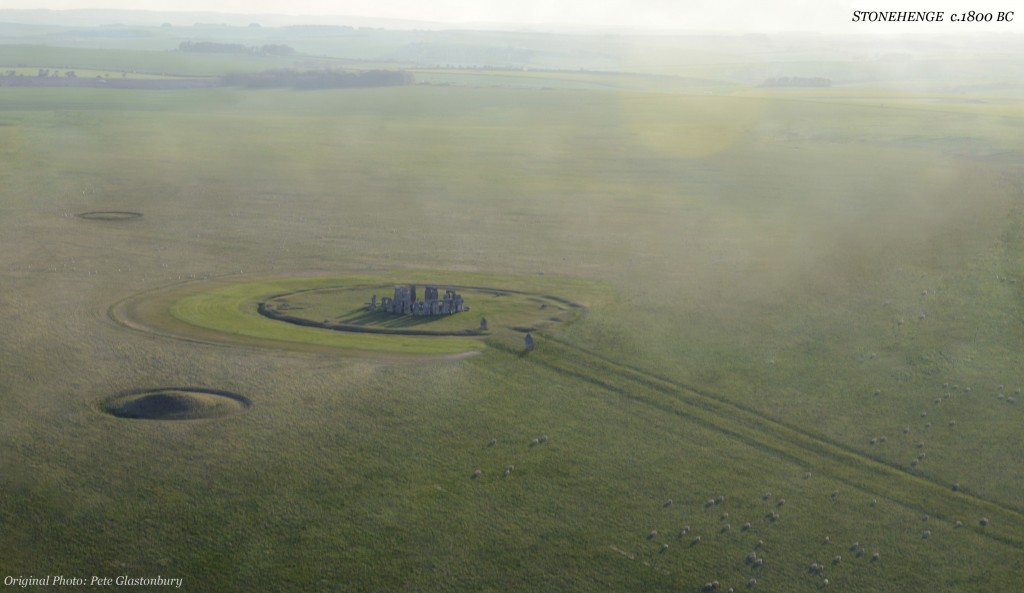 WRITTEN BY Austin Kinsley ON 20/06/15. Stonehenge and the Neolithic Cosmos POSTED IN Stonehenge

Neil Wiseman, the author of Stonehenge and the Neolithic Cosmos lives in Hyannis, Massachusetts, USA, thousands of miles from Stonehenge and the prehistoric monuments of Britain. However, his geographic location does not hamper his passion for and knowledge of these subjects. Neil probably knows more on the recorded history of each stone that remains at Stonehenge than any other person I know.

Millions of words have been written on the subject of Stonehenge, frequently repeating facts that are readily available by searching the World Wide Web. It was refreshing to find in the first paragraph of his book the statement “Forty percent of the stones are now gone, leaving behind this crumbled death mask, frozen in a rictus of ragged gap-toothed ruin”, a turn of phrase surely not repeated elsewhere. The author is quick to state “this book is not the answer to Stonehenge or ‘The Truth’. It does not breathlessly ‘blow the lid’ off other theories or ‘reveal the secrets of the stones.’ He adds, “I do have a few new things to say.” 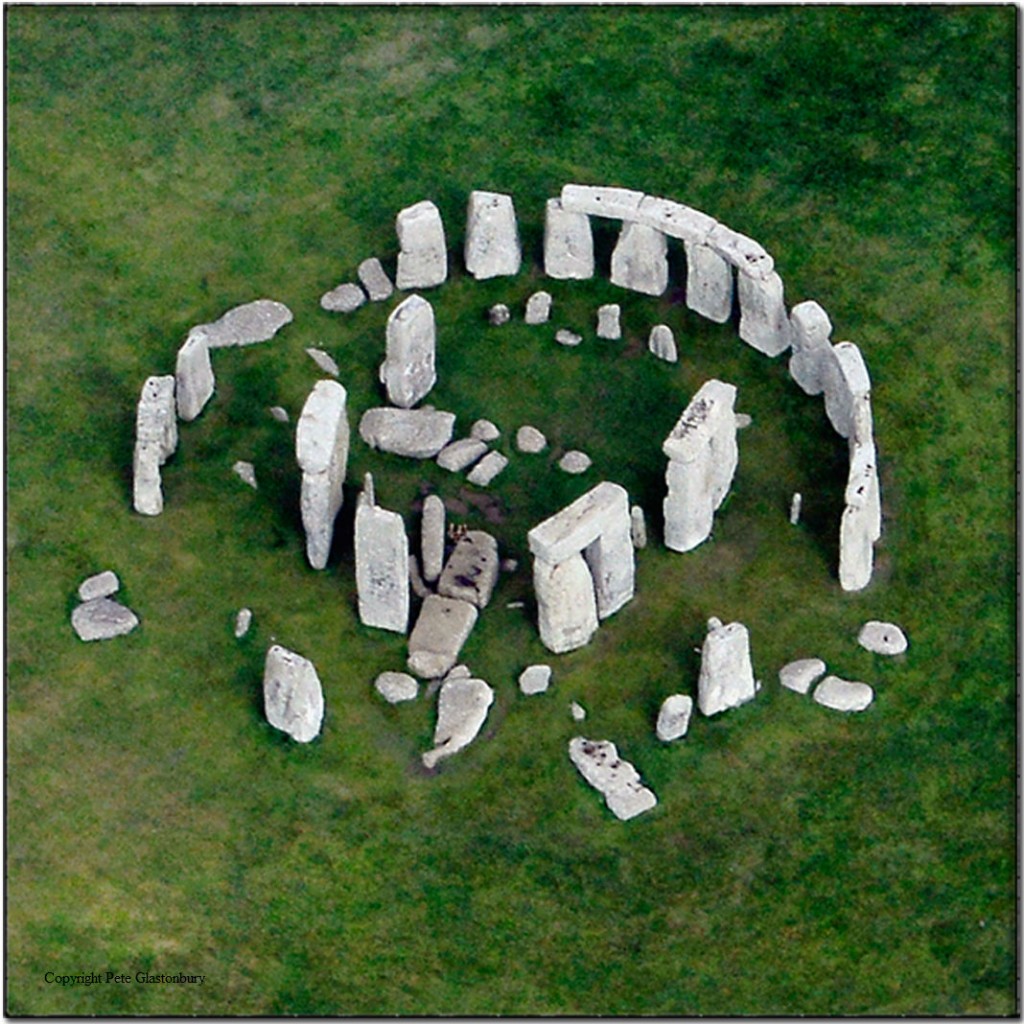 The author  suggests to his readers at an early stage that our ancestors were essentially  not so different to us,  illustrating this point in a humorous and thought provoking manner as follows :

“The people of the Mesolithic and Neolithic eras were just the same as we are. There is no difference physiologically, intellectually or emotionally. We’ve been this way for over a hundred thousand years, so there is no Fred Flintstone in our story. To truly understand who they were, you must turn off the lights, television, cellphone, tablet and laptop. No U-Toob, Netflix, Facebook, Twitter or Instagram. With none of these frivolous distractions, go outside, build a campfire and look up to a far more interesting show … Do this for a year. You’re no longer a 21st century person and will soon find yourself thinking like people did eight thousand years ago. Watch the seasons. Why is it cold in winter; hot in summer? Look for patterns. See where the sun rises and sets and how it spirals incrementally back and forth along the horizon every six months. Why do the stars swing ceaselessly around a single point in the northern sky as if attracted to a big pole? Notice the cycles. How is it the night sky rolls a little further west each night, slowly revealing its entire dome over the year? Why does every moveable object travel through those twelve weird star pictures, while the darkly stained, ever phasing moon wanders around, seemingly with a mind of its own? But more importantly: why does everything up there appear to orbit us? With fits and starts and many mistakes, it will take you and all your descendents about a thousand years to get all this stuff figured out.

When you believe these things to be completely understood, you may begin building Stonehenge.”

The book is generously populated with original and rarely seen photographs, artistic impressions by Peter Dunn, and genuinely informative illustrative diagrams. The image below, for example, from page 32, states “Bluestone-36 as excavated in 1953. Notice the two mortises and fine craftsmanship. Used as a lintel long before, it ended up as a circle stander. It was returned to the hole after being examined.” 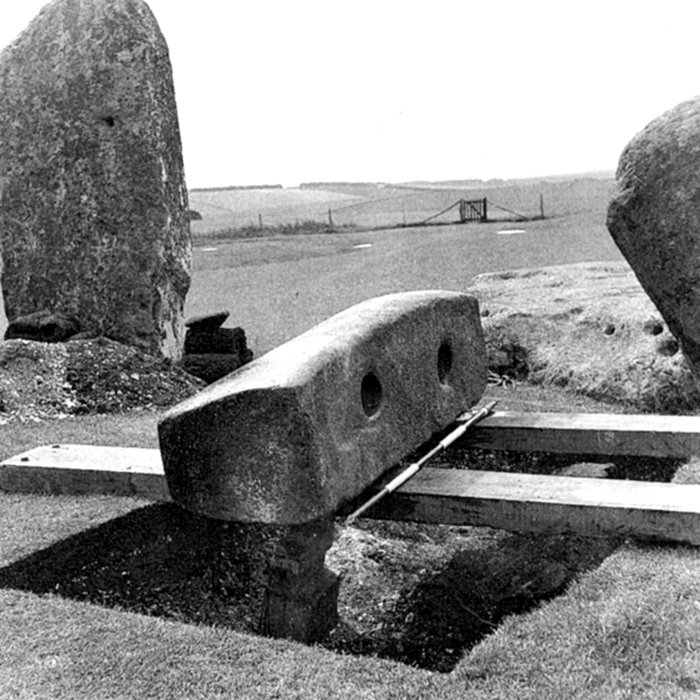 What seems like a machine gun firing of facts relating to the Stonehenge landscape is interspersed with the author’s good humour and a personal touch. Pete Glastonbury, an archaeological photographer based in Wiltshire, has contributed many of his original photographs to the book, which includes the image below with the caption ‘Sammy Glastonbury gestures triumphantly between Bluestones -49 and -31. The size and scale of Bluestones is often overlooked when compared with the big boys, but as shown here they are not so small when seen next to a human. Like the Entrance Stones seen behind, these two are spaced slightly further apart for the summer solstice sunrise.’

The book  falls into a number of sections and chapters covering: 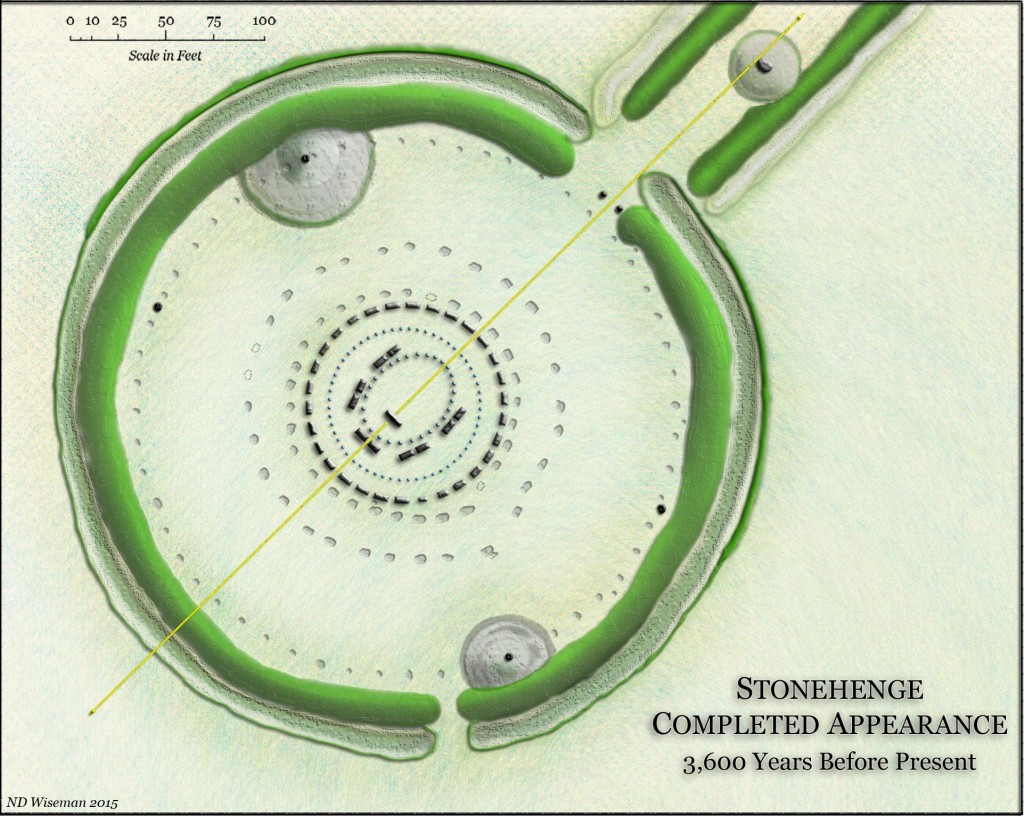 The author cites the idea underlying the chapter entitled ‘And now for something completely strange’ as the main observation which inspired him to write the book. I do not find his assertions strange at all, but rather thought provoking and well-illustrated. The author states, “the idea that Stonehenge represented a geocentric cosmos has been catching on recently”, and this book eloquently and with humour outlines this theory, which he has been a long-time proponent of.

The Cursus image below, from page 11 of the book, states “In this shot we are looking at the Great Cursus from the west north-west at an altitude of about 1,100 feet. Also known as the Stonehenge Cursus, it’s 1.75 miles long and has a long barrow outside the east end. Seen here is the West Terminal with the 1987 reconstructed banks. Roughly aligned to the equinoxes, according to dates given by antler tools found in its ditches, it’s about 5,500 years old, though no one has a clue what it was for. A recent idea is that it acts as a kind of barrier between the lands of the living and the lands of the dead. Maybe/maybe not. Its external bank might be the key to unlocking this age old mystery. The trenches are about 3 feet deep, with the fill used to create the banks. The width of the structure varies slightly towards each end, but averages about 300 feet.” 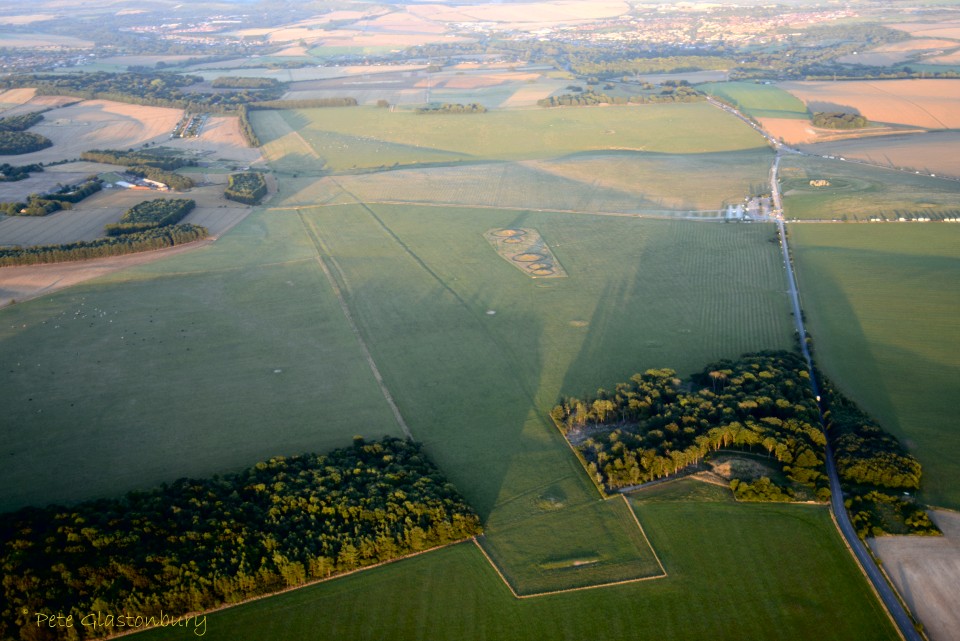 Below : “Bluestone-68 with its carefully incised intrusion, has been a puzzle for researchers. Though the groove itself is unexplained, it’s now known that the stone was part of a previous setting, either at the River Avon, or someplace in Wales, before being transported here. For many years this stone prevented the collapse of S-56, but for some reason, Gowland neglected to straighten it when he righted the big stone in 1901.” 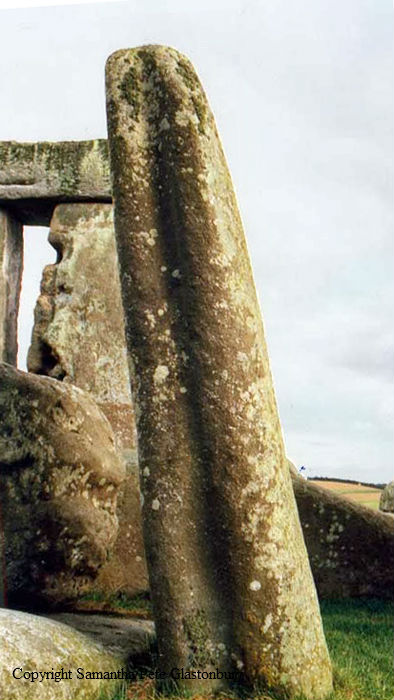 The author’s genuine passion for this subject, his often idiosyncratic writing style, factual accuracy and carefully crafted diagrams created specifically for the book, resulted in a Stonehenge book I thoroughly enjoyed reading. The photographs here are a sample, all taken from the book. The front cover of the book states ‘A New Look at the Oldest Mystery in the World’ and I feel it lives up to this promise.

Another review is here on Amazon, where the book can also be purchased. 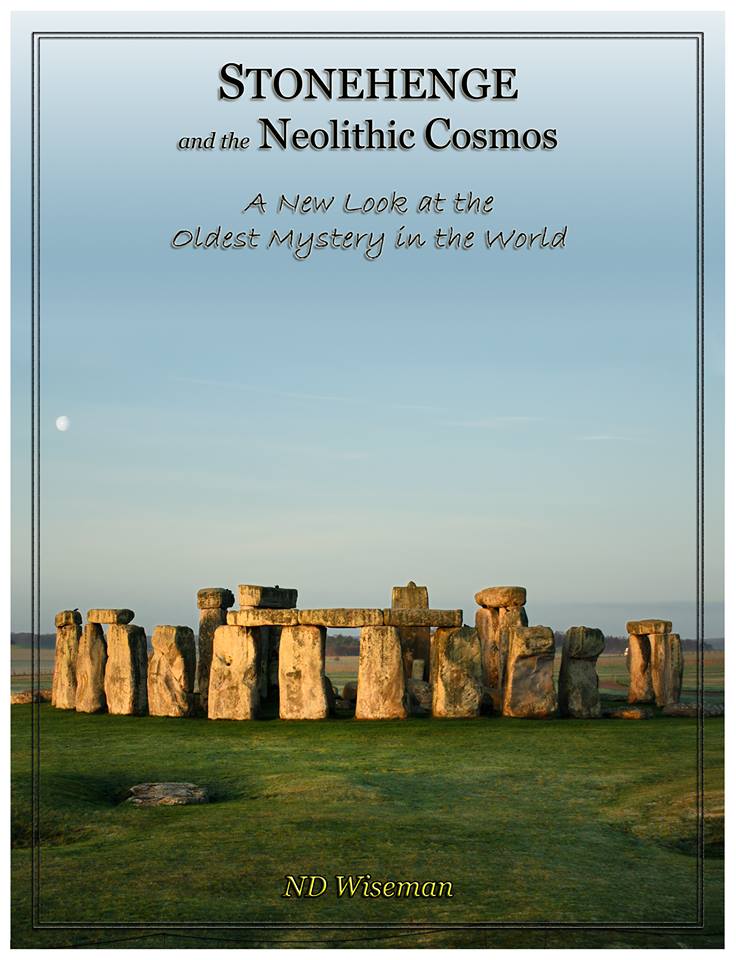