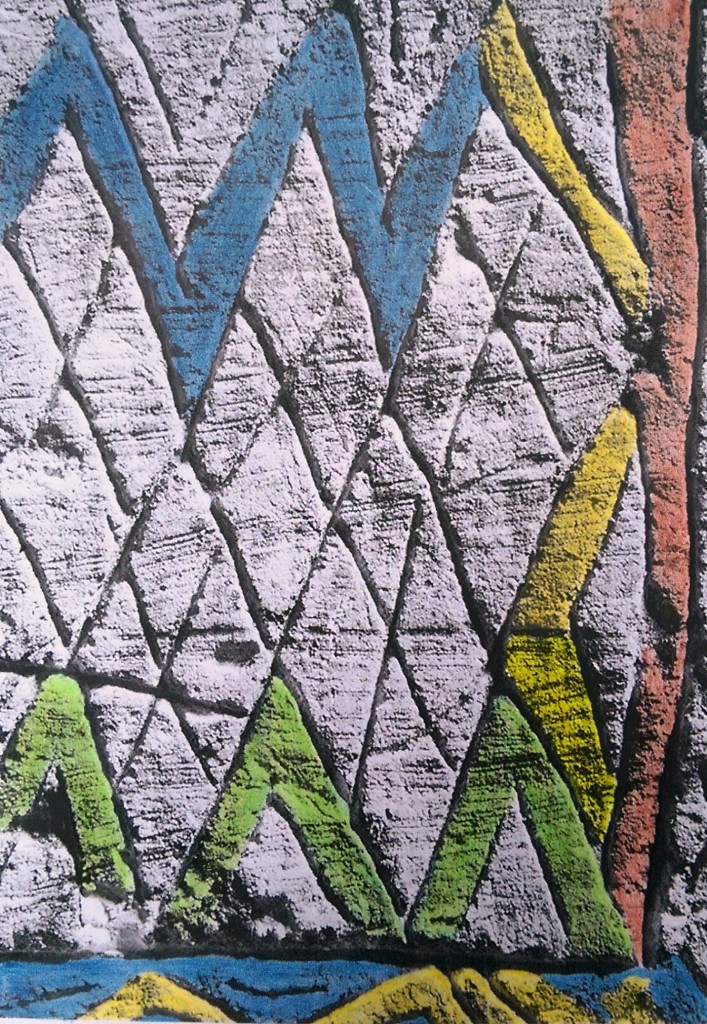 As Carl Sagan once said: ‘Imagination will often carry us to worlds that never were, but without it we go nowhere.’

The two chalk plaques below were discovered between King Barrow Wood and Stonehenge Bottom in the late 1960s by Major H.M. and Mrs. F. De M. Vatcher. They were found during the widening and lowering of the A303 road near Stonehenge in the chalk of the verge on the north side of the carriageway, 211 yards west of the wood. The larger plaque is approximately three inches square and seven-sixteenths of an inch thick. They were found near the base of the pit at a depth of a little under two feet from the surface. The upper part of the ditch filling was empty of finds and compacted, consisting of red-brown soil and fine chalk nodules. An antler pick sat on top of the lower layer near a small scapula, thought to be that of a sheep. Sherds of grooved ware and various animal bones were found throughout the lower layer. A number of small grooved chalk lumps were also found. It was concluded that the upper layer of the pit was filled soon after the placing of the goods in the lower layer, as the sides were not weathered.

Below are images of the chalk plaques kindly provided by — and copyright of — English Heritage:

These two chalk plaques form part of the permanent exhibition at the English Heritage Visitor Centre near the monument and feature on their website here, where they state:

‘Nearly 5,000 years ago, people dug a pit and carefully buried some objects: this plaque, another smaller one, other pieces of chalk, animal bones (probably the remains of a feast), some sherds of Grooved Ware and an antler pick. This extraordinary plaque, decorated with incised lines and marks, is unusual: we don’t know what it was used for or if its presence in the pit marks a special commemoration. The design resembles decoration found on some Grooved Ware pottery.’

Looking at a plan and section of the chalk plaque pit, three shards of grooved ware were found near each of the plaques. Two to the west, one to the south of the larger plaque, and three to the southwest of the smaller plaque.

During the monitoring of a cable trench across King Barrow Ridge by the Southern Electricity Board in 1968, Major and Mrs. H.L. Vatcher, for the Ministry of Public Buildings and Works, excavated two apparently isolated post holes just to the northeast of the plaque pit. The easternmost post hole was recorded as 3 feet 6 inches wide with a maximum depth of 2 feet 8 inches. The excavation plans and sections describe potboilers, charcoal, decayed wood, pottery and bone as present. The bone is described as bone on base ox fragments. Unfortunately, the only finds surviving with the excavation archive are three sherds of grooved ware.

A fragment of a tiny grooved ware pot was found in Aubrey Hole 29 close to the southwestern end of Stonehenge’s axis by Colonel Hawley while excavating the site in the 1920s. Whilst he was excavating the ditch alongside the south causeway, he unearthed six sherds, two of which joined together, making a typical grooved ware motif of a rough chevron pattern, together with a single ‘Windmill Hill’ style sherd found near the Heelstone. I am not aware of any subsequent grooved ware finds on the actual site of the Stonehenge monument. 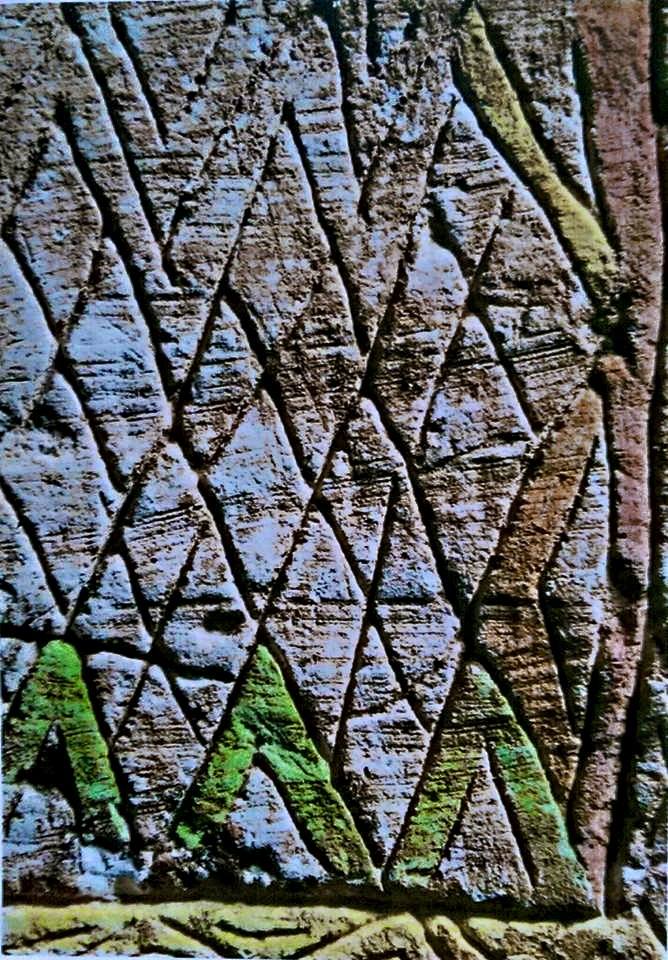 I have been studying these enigmatic objects, when time allows, since I first became aware of their existence on 21 December 2013. These plaques formed the inspiration to set up my Silent Earth blog in January 2014, and I have accumulated many sketches and interpretations provided by an artist of what the incisions may represent. My studies are far from completed as my thinking evolves. In the meantime, for relaxation I occasionally ‘doodle’ with colour on the plaque images, a number of samples of which are included here. 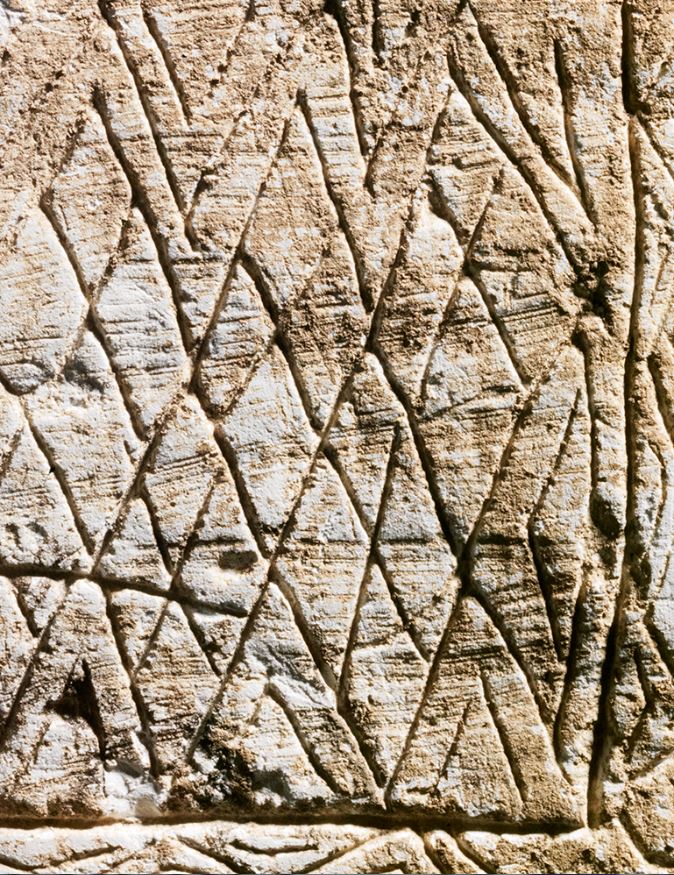 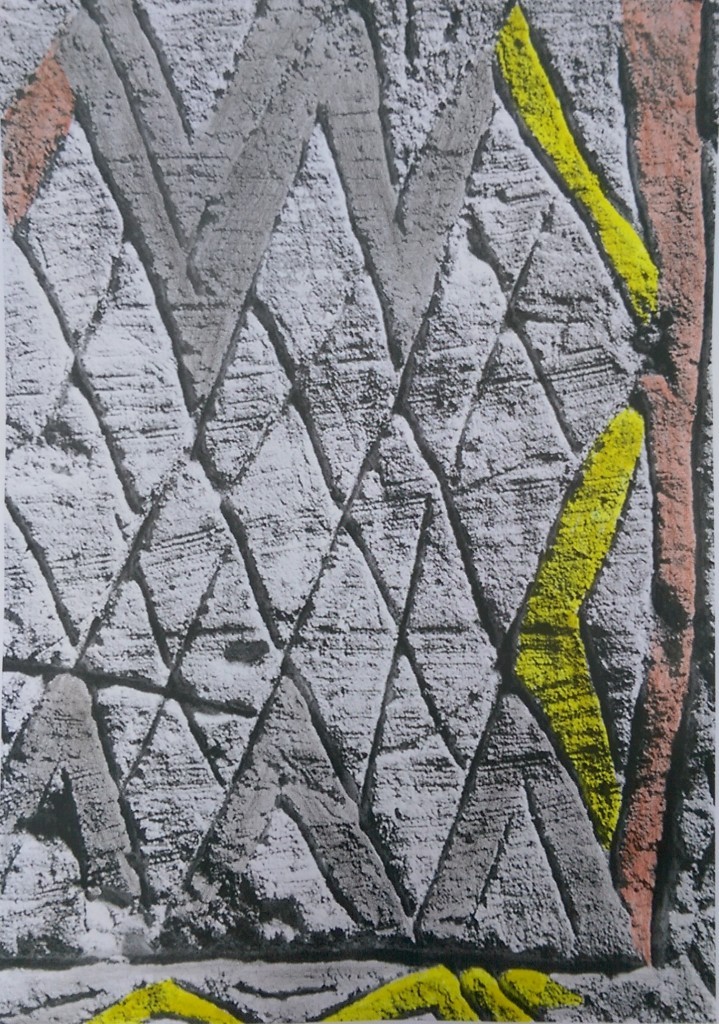 The lozenge shapes on the smaller of the two plaques shown above resemble the gold bush barrow lozenge, also found close to Stonehenge, which is described here. 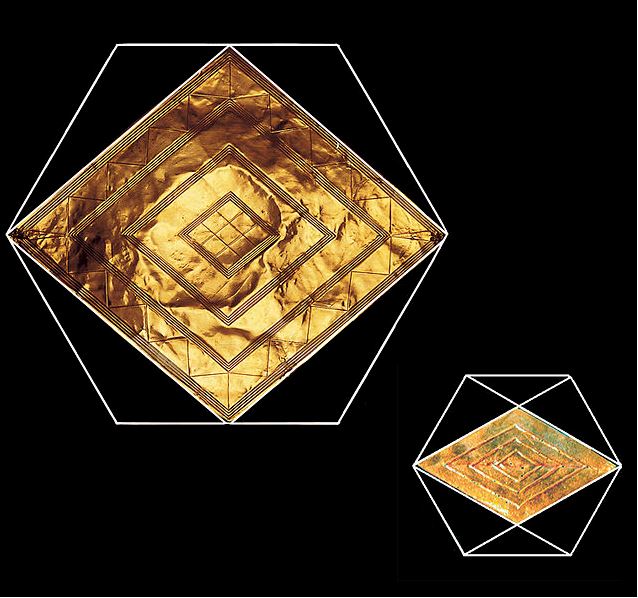 Above image posted under a creative commons licence here.

I will return to this fascinating fusion of subjects at a later date.

As Carl Sagan also stated: ‘Somewhere, something incredible is waiting to be known.’