The Jackdaws, Rooks and Crows of Stonehenge 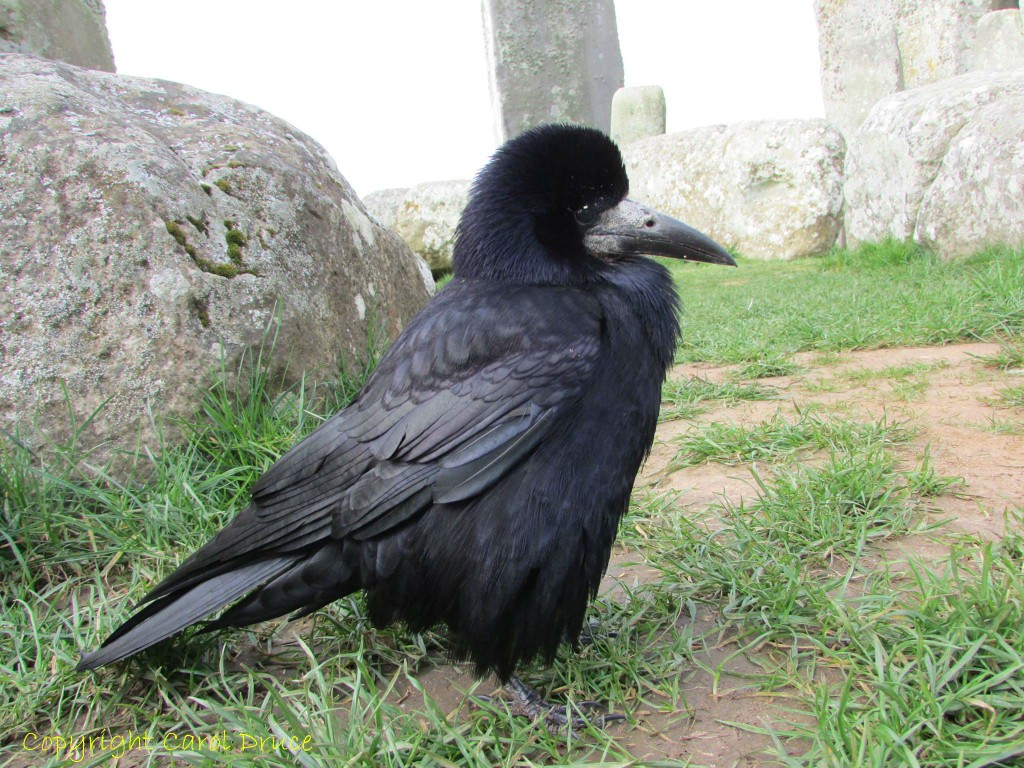 WRITTEN BY Austin Kinsley ON 04/02/16. The Jackdaws, Rooks and Crows of Stonehenge POSTED IN Stonehenge

Carol Druce recently kindly sent me the above image of one of the resident rooks of Stonehenge, adding, ‘There are three that sit on my hand for food now — one in particular. This one follows me around quietly and prefers to take food from my hand. (I work there).’

The jackdaws have nested under the lintels for centuries. The real guardians of Stonehenge! In his Natural History & Antiquities of Selborne, a series of letters written following visits around the area, the famous ecologist, Gilbert White, recorded in 1788 that “Another very unlikely spot is made use of by daws as a place to breed in, and that is Stonehenge. These birds deposit their nests in the interstices between the upright and the impost stones of that amazing work of antiquity: which circumstance alone speaks the prodigious height of the upright stones, that they should be tall enough to secure those nests from the annoyance of shepherd-boys, who are always idling round that place.”

At the old Visitor Centre of Stonehenge the rooks used to take on the character of gatekeepers to the stones. They must have noticed quite a change when the new and more distant Visitor Centre opened in December 2013. 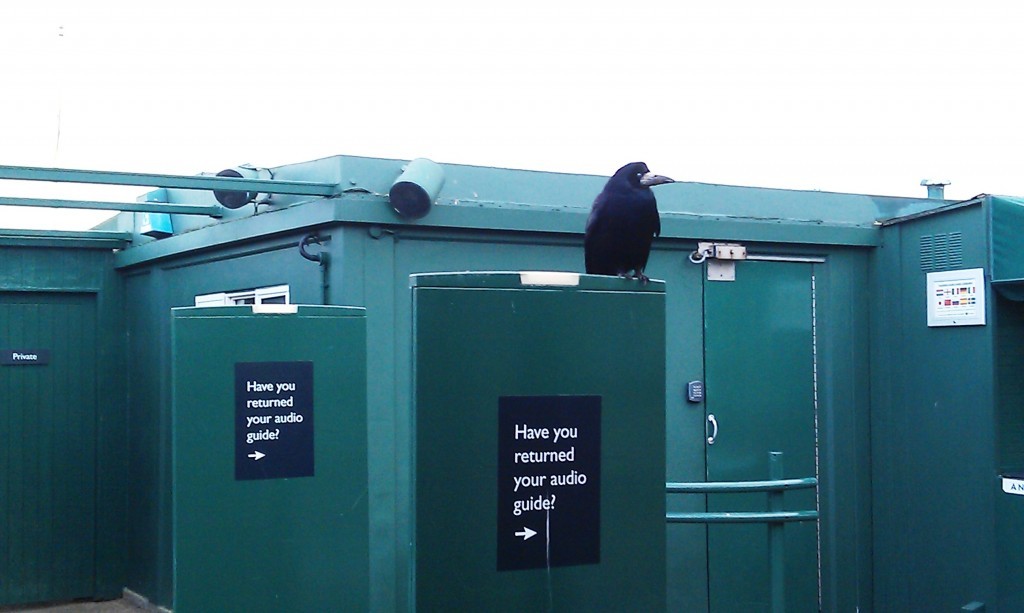 The rooks now sit on the fences and posts around the monument, more in this article in The Guardian newspaper here.

The place where the jackdaws, rooks and crows of Stonehenge take the high ground and leave us humans at a lower level standing on the earth itself is of course in and around the stones themselves. 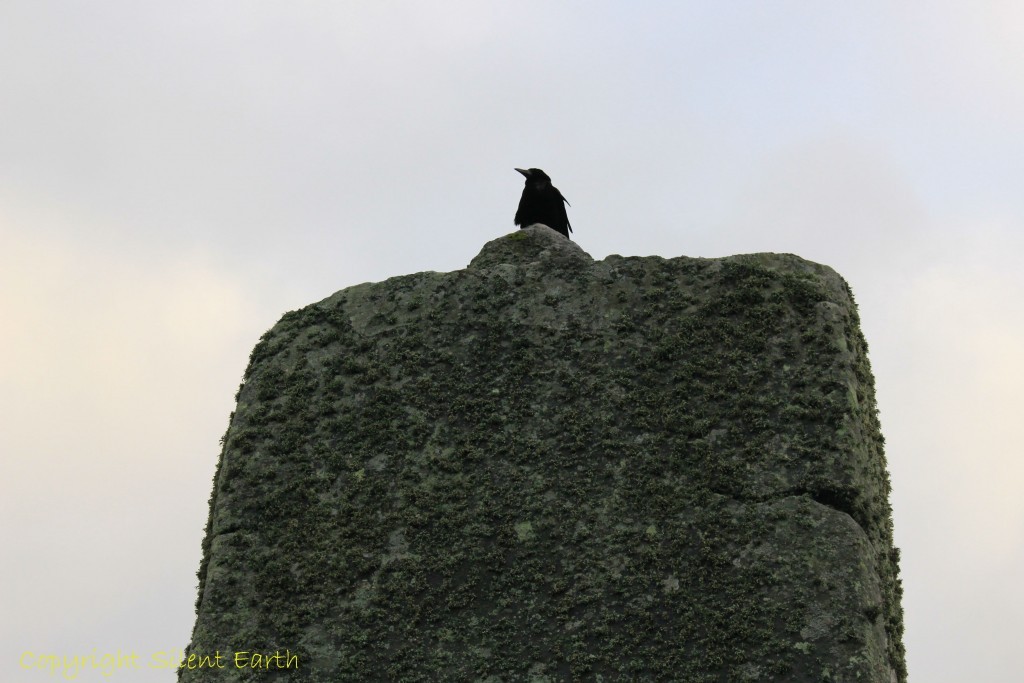 Below: to the centre left of this photograph is the Great Trilithon: 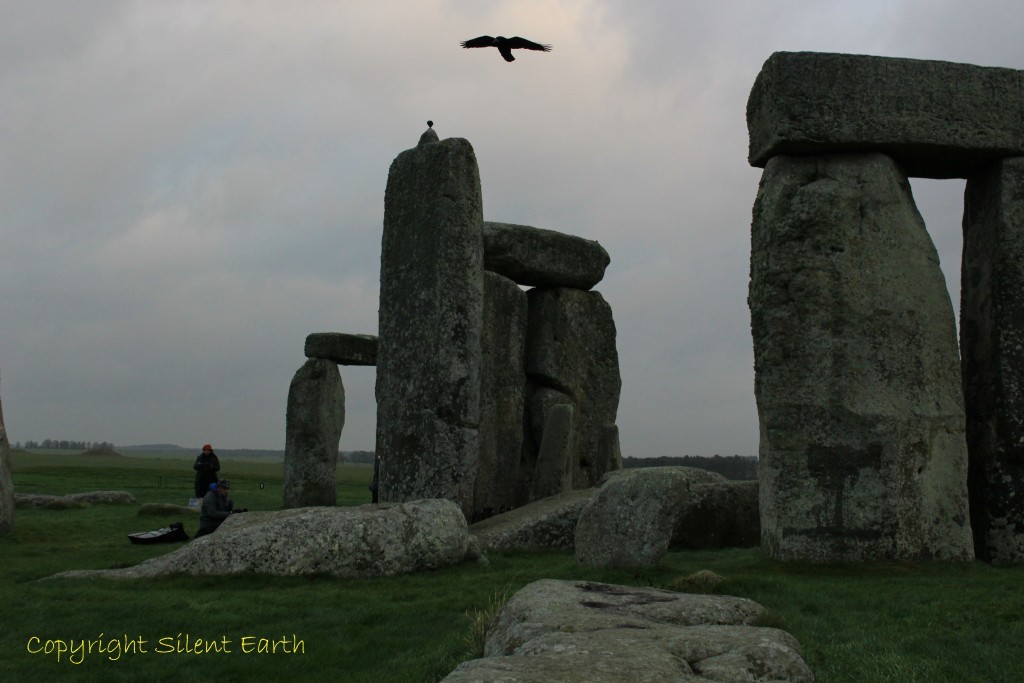 The Great Trilithon at Stonehenge

Below: Nesting on high at Stonehenge: 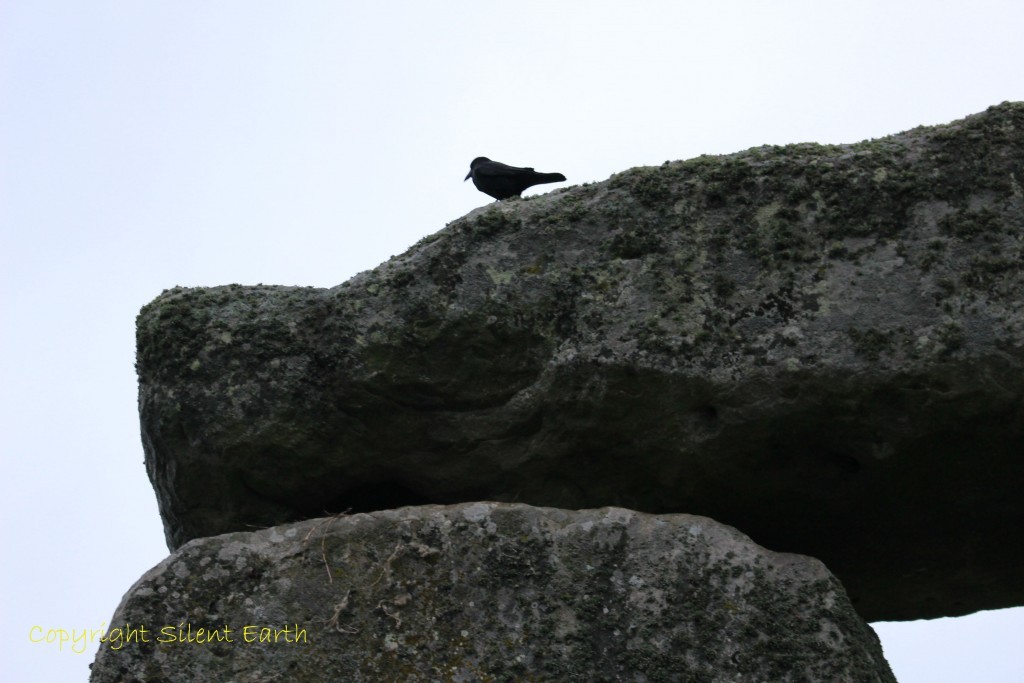 Rooks tend to build their nests from twigs bound together with earth and lined with moss, leaves, grass and wool, and sometimes use them again the following year. Collective nouns for rooks are: congregation, storytelling, building, parliament and clamour.

Below : A rook guards in silent purpose a nation’s golden treasure. 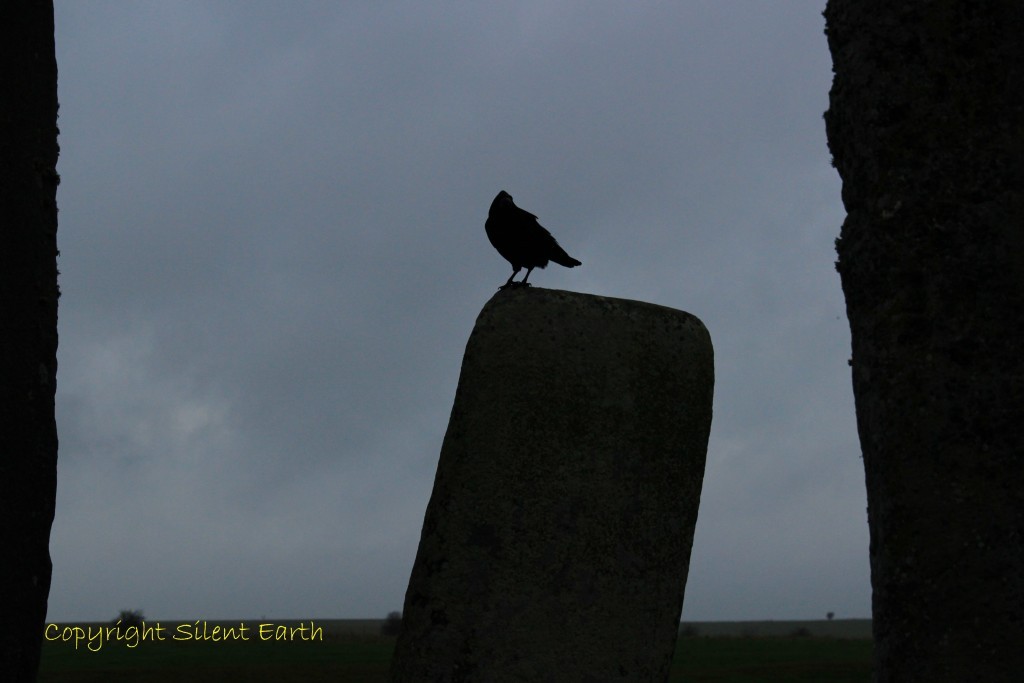 ‘No bird soars too high if he soars with his own wings.’ – William Blake 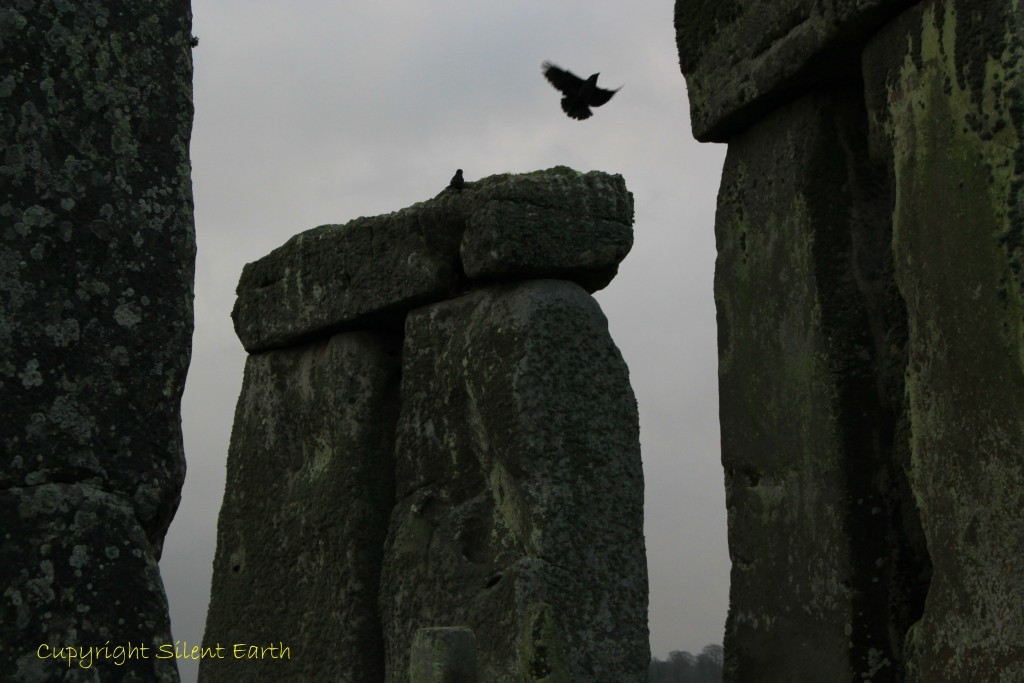 Thank you Sarah Maddison of Sixty Four Packing Cases for the textile work  below entitled ‘Guardian of the Stones’.

Guardian of the Stones Sarah Maddison

More on the work of Sarah Maddison and Sixty Four Packing Cases here.