WRITTEN BY Austin Kinsley ON 30/04/16. Walpurgis Night POSTED IN General

Walpurgis night is little known here in Britain but is celebrated in other Northern European and Scandinavian countries on 30 April. In Germanic folklore it is known as ‘Hexennacht’, literally ‘Witches Night’. Legend says that during Hexennacht, evil ghosts represented by cold weather, snow and darkness meet with witches and demons at Blocksberg Hill in the Harz Mountains, a range of wooded hills in central Germany between the rivers Weser and Elbe. Here they make mischief before taking off on broomsticks, pitchforks and billy goats at midnight. Customarily, children and teenagers play tricks on neighbours, similar to the night of 31 October here in Britain. Witches Night seems to have originated in distant times, when people believed that evil ghosts attempted to prevent the “Queen of Spring” from entering the country. The origins of the holiday date back to celebrations of fertility rites and the coming of spring. After the people in that region were Christianised, the celebration became combined with the legend of St. Walburga. 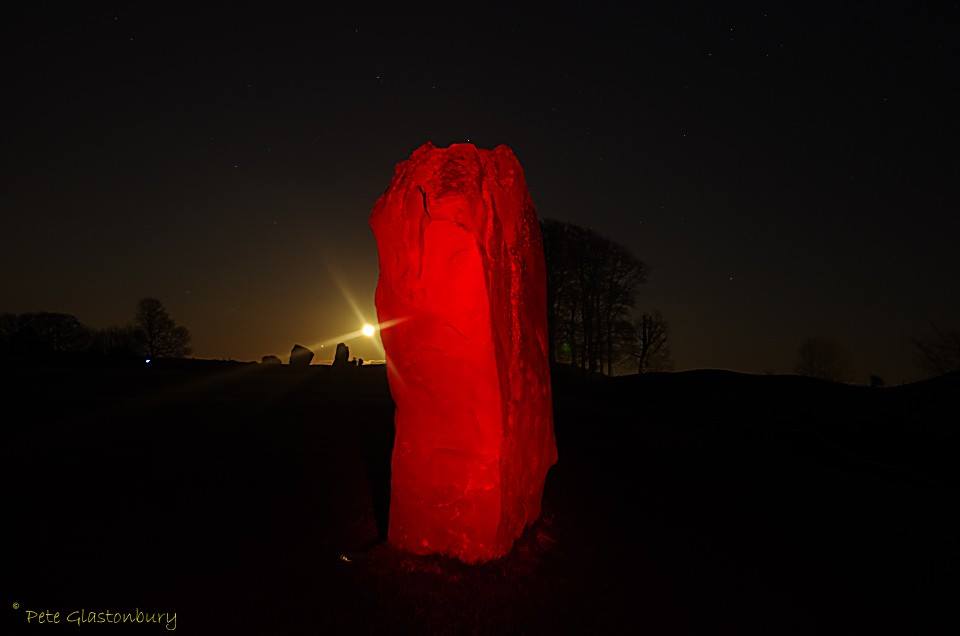 It was believed that witches and demons were masters of people and things, so the people did much to protect themselves: People hid billy goats and broomsticks so witches would not be able to ride on them throughout the night and do evil things; it was an unwritten law that children must not get beaten with a broomstick, because it could also be used as a witch’s tool; socks were put cross-shaped on children’s beds; pentagrams were put over house entrances or salt was scattered over the threshold; residents used several herbs known to ban witches to smoke out houses and stables, including rue and St. John’s wort; the stable doors were locked and sealed with three crosses; sprigs of ash, hawthorn, juniper, and elder were used as a protection; men made loud noises with whips and gunshots and lit fires to scare away demons; cattle were driven through fires to secure their fertility for the following year; and young couples jumped over fires to make sure their love would last forever.

Signs and omens on Walpurgis Night have more weight that at other time except on St. John’s Day:

but rain on May Day is harmful to them. 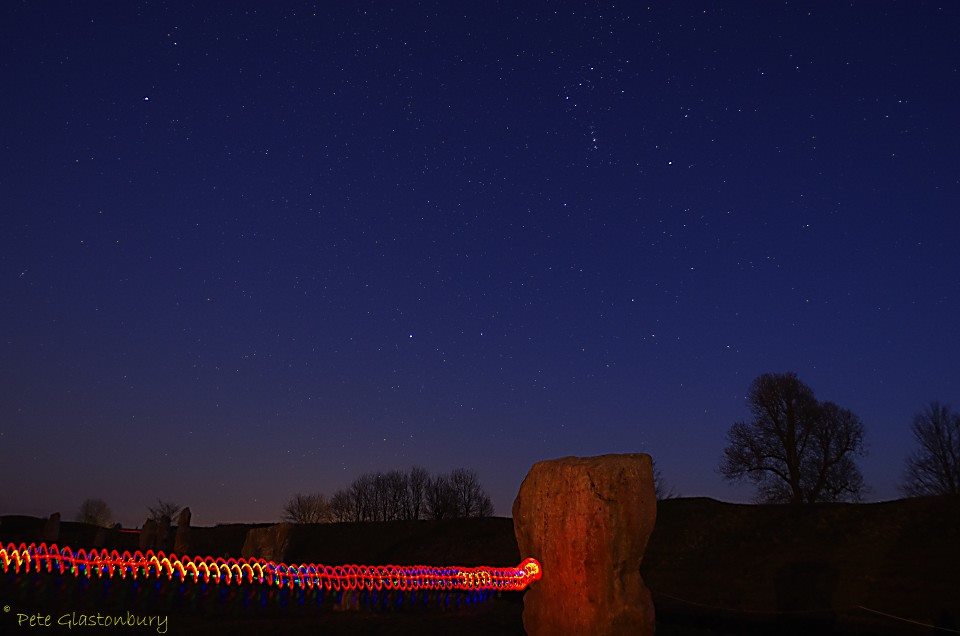 St. Walpurga was an English saint who worked as a missionary in Germany in the eighth century. In 761, she became the abbess of a monastery in Heidenheim, which was founded by her two brothers Willibald and Wunibald, who were also saints. She was known for exorcising demons from the bodies of the sick. St. Walpurga died in 777 or 779 (the records are unclear), and on May 1, 871 her body was transported to Eischstäett to be reburied next to her brothers. St. Walpurga was born in  Devon in England, into a local aristocratic family and was the daughter of St. Richard the Pilgrim, one of the underkings of the West Saxons, and of Winna, sister of St. Boniface, Apostle of Germany. St. Richard, when starting with his two sons on a pilgrimage to the Holy Land, entrusted Walburga, then 11 years old, to the abbess of Wimborne in Dorset. St Walpurga was educated by the nuns of Wimborne Abbey, Dorset, where she spent 26 years as a member of the community.  St Walpurga is traditionally associated with May 1 because of a medieval account of her being canonized upon the translation of her remains from their place of burial to a church circa 870. Although it is likely that the date of her canonization is purely coincidental to the date of the earlier celebrations of spring, people were able to celebrate both events under church law without fear of reprisal.

Dew on the first morning of May first makes girls who wash in it beautiful:

“The fair maid who on the first of May
Goes to the fields at break of day
And washes in dew from the hawthorn tree
Will ever after handsome be.” 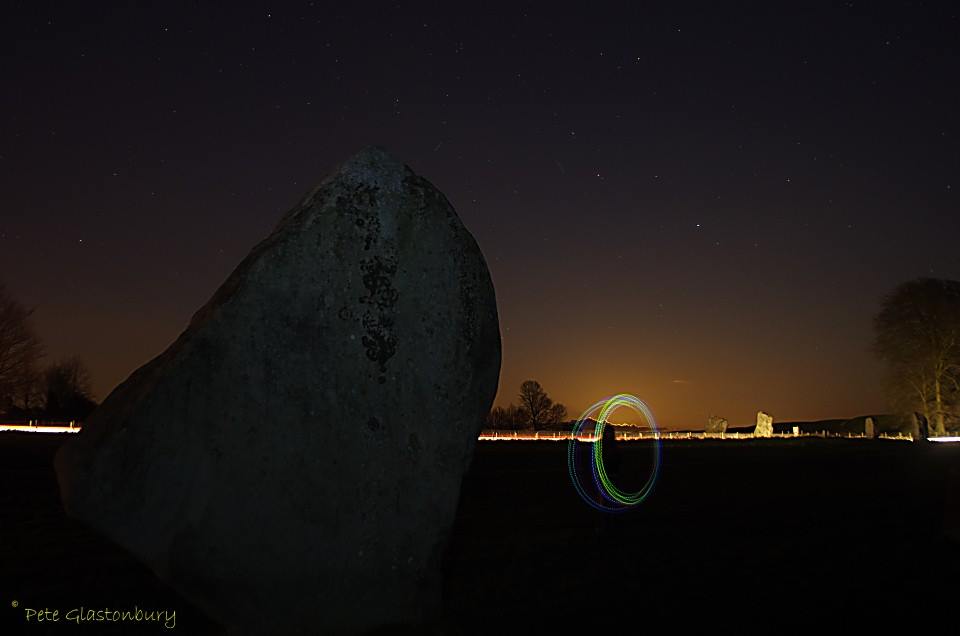 In villages in Germany, the May tree will be put up the evening of April 30 or in the morning of May 1. The May tree is usually a fir with the lower branches stripped and only the treetop untouched. The pole is decorated with colorful ribbons and craftsmen’s trade ornaments like sausages for the butchers, pretzels for the bakers, or carved wooden figures. Maypoles symbolize the beginning of spring and hope for a good harvest. 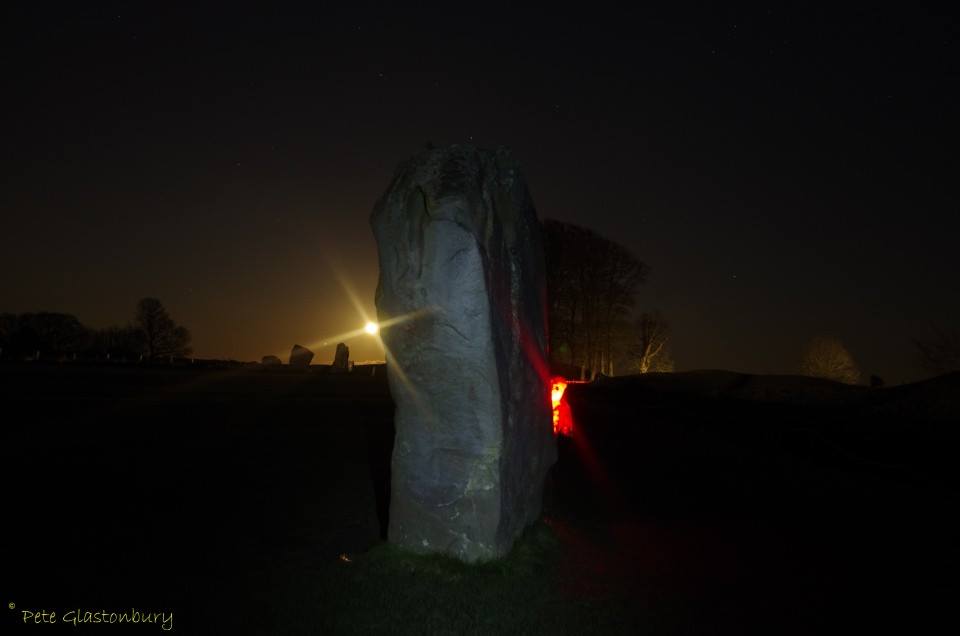 Thank you Pete Glastonbury for the photographs, taken during a recent night visit to Avebury stone circles in Wiltshire.