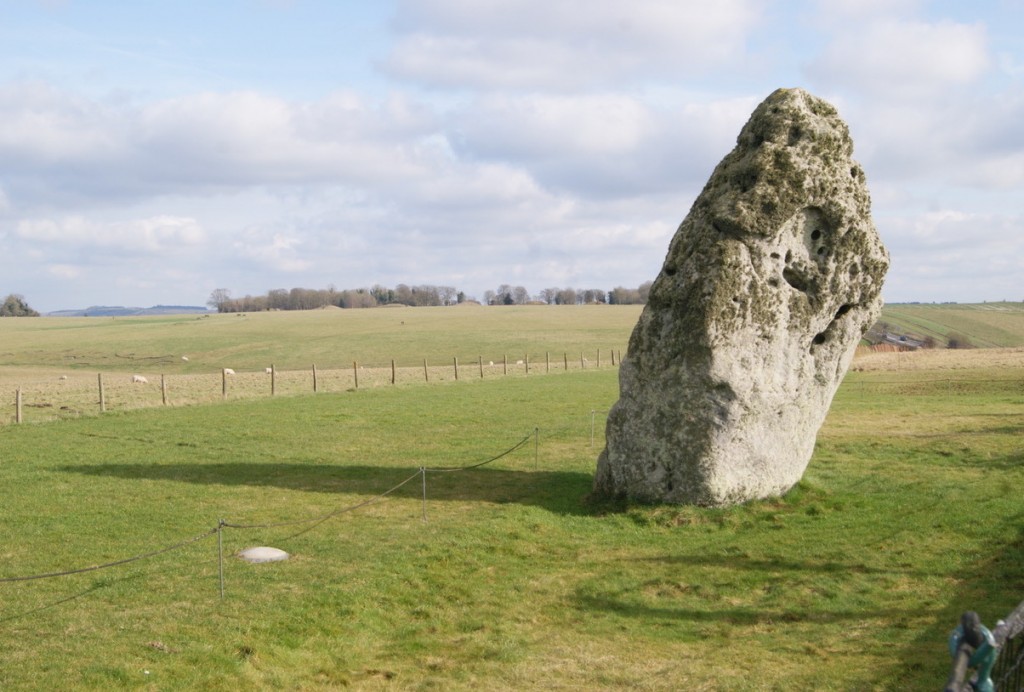 WRITTEN BY Austin Kinsley ON 15/06/20. Ode to The Heel Stone and Summer Solstice Sunrise at Stonehenge by Terence Meaden POSTED IN Stonehenge

This guest blog by Wiltshireman Prof. Dr Terence Meaden is an ode partly written in Wiltshire country dialect. It is a companion piece to the Silent Earth blog dated on 6 June 2019 about the summer solstice sunrise and the core meaning of Stonehenge. A link to the original post is here.

In the Stonehenge blog of 2019 it was explained how the planners’ concepts and belief in the Marriage of the Gods, or hieros gamos, was translated by the Stonehenge planners into watchable dynamic action involving stone-to-stone union by the Heel Stone’s moving shadow and its penetration into the female fertility monument that is Stonehenge. It is a joy to watch.

Unfortunately, every year on 21 June great crowds stand in the path of the consummating shadow, blocking the spectacle that was built into the monument 4500 years ago. But this year, 2020, because of Covid-19, the crowds will be absent; so, if sunny, it will be possible to film the action of the moving shadow by ground cameras and drone if English Heritage agrees to do so. (English Heritage have subsequently consented to film this for their own archive after the initial suggestion by Prof. Terence Meaden.)

ODE TO THE HEEL STONE AND SUMMER SOLSTICE

—and has done yearly ever since
when people needed to convince
themselves that this would show them how
to get the fertility they needed now,
and this because Stonehenge’s grace
assures fertility in every case
and why the priests control the place,
lined by stones set round the space
of sarsen circles raised by their race
so long since gone whose unseen face
resembled ours through ancestral ties
—for DNA here applies—
Cos we descend from the ancient Brits
who planned Stonehenge—those clever wits—
who passed us secrets till we cried:
“Oh, Eureka! Now we know, we swell with pride
for having answered the why and how,
it’s like we found The Golden Bough.”
…………………………………..
Terence Meaden 6 May 2020 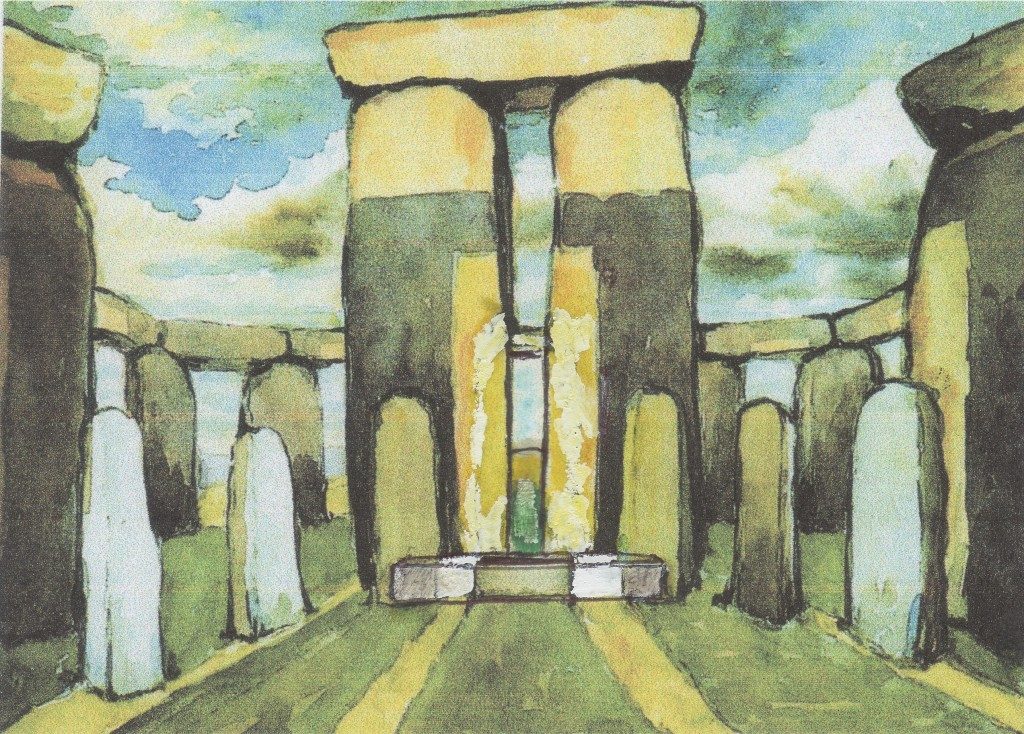 Stonehenge painting by M. Oliver with flat Altar Stone and H_S upon it 1992