The Names of the Hare 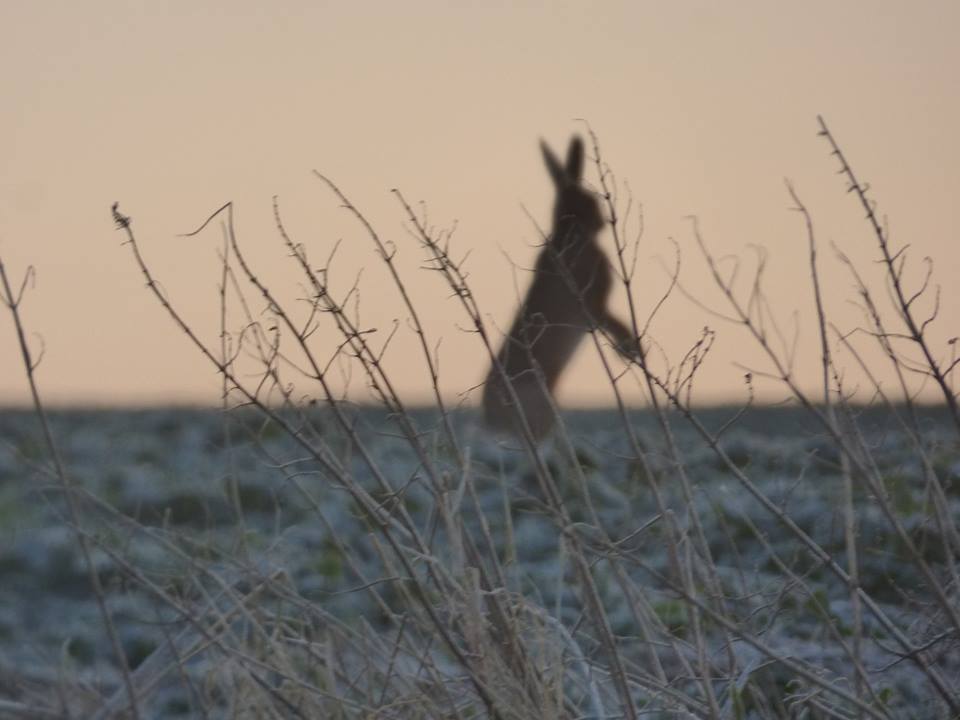 WRITTEN BY Austin Kinsley ON 08/05/16. The Names of the Hare POSTED IN General Stonehenge

Over recent years I have spent many hours exploring the Stonehenge landscape and the ever present hares are an integral element of that region of Salisbury Plain. They are recorded as being coursed on the Downs around Amesbury in the late 16th century and in the early 19th century, and the coursing was recorded as ‘excellent.’ Amesbury Coursing Club was formed in 1822, at which time the owner of the land allowed hares to be preserved on the downland near Stonehenge. Elsewhere in the parish was also regularly used for coursing. The Altcar (Lancs) Club held a seven day meet at Amesbury in 1864 and the South of England Club used to meet at Stonehenge. Immediately southeast of Stonehenge is Coneybury Hill, where Coneybury Henge once stood. ‘Coney’ is a Middle English word deriving from Old French meaning ‘rabbits’. Hares and rabbits clearly have a long association with the Stonehenge landscape.

‘The Names of the Hare’ is a poem written in the late thirteenth century, originally in Middle English, that is attributed to a Shropshire family on the Welsh borders. The poem is said to be a ritual to be recited by a hunter on his first encounter with a hare, and the seventy seven different names given to the hare in the poem were supposed, on recital, to deliver it to the hunter’s power.

The man the hare has met
will never be the better of it
except he lay down on the land
what he carries in his hand—
be it staff or be it bow—
and bless him with his elbow
and come out with this litany
with devotion and sincerity
to speak the praises of the hare.
Then the man will better fare.

‘The hare, call him scotart,
big-fellow, bouchart,
the O’Hare, the jumper,
the rascal, the racer.

The starer, the wood-cat,
the purblind, the furze cat,
the skulker, the bleary-eyed,
the wall-eyed, the glance-aside
and also the hedge-springer.

When you have got all this said
then the hare’s strength has been laid.
Then you might go faring forth—
east and west and south and north,
wherever you incline to go—
but only if you’re skilful too.
And now, Sir Hare, good-day to you.
God guide you to a how-d’ye-do
with me: come to me dead
in either onion broth or bread. 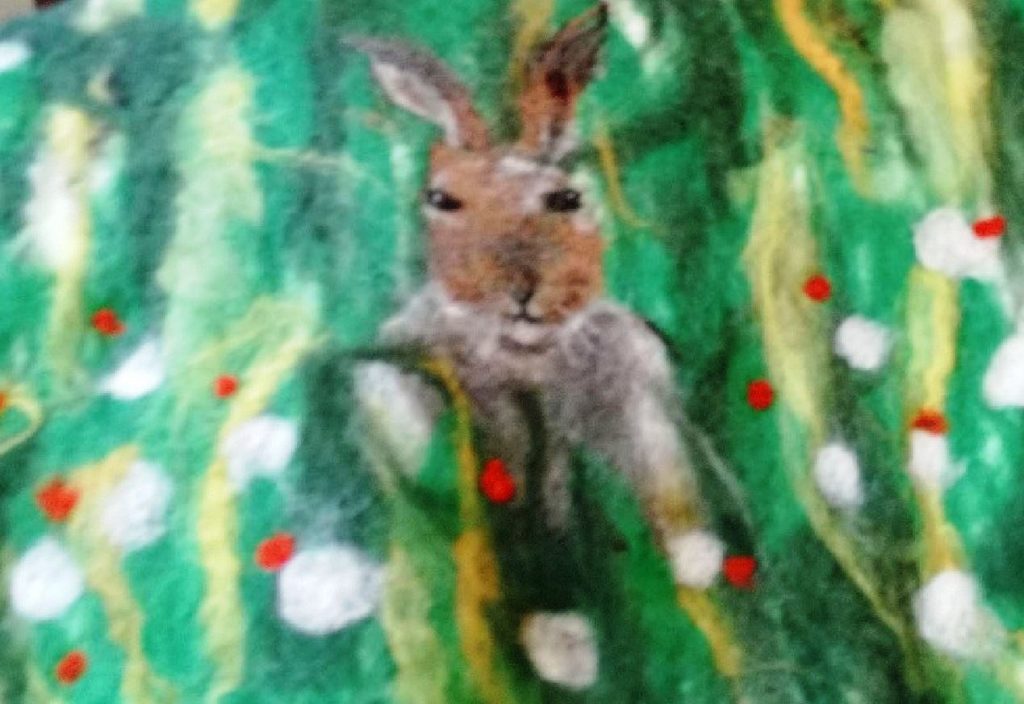 Hares are intimately woven into layer upon layer of folklore in Britain, particularly associated with the moon and witches, which I do not propose to explore here, beyond an illustrative quote of Margaret Murray’s, purportedly from seventeenth century Scottish witch trials. The method of making the ritual change into a hare (or other animal) was by the incantation:

‘I sall goe intill ane haire’
With sorrow, and sych, and meikle caire,
And I sall goe in the Divellis nam.
Ay whill I com hom againe’

To revert again to the human form the words were:

‘Hare, hare, God send thee care.
I am in hares likeness just now,
But I shall be in a woman’s likeness even now’ 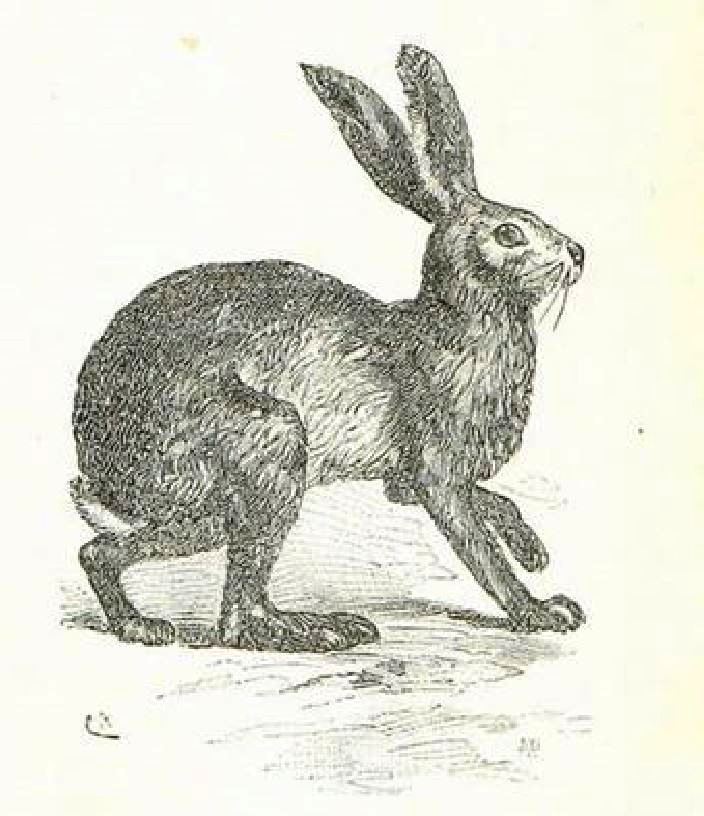 Below is a photograph I took recently of a 12th century carved stone depicting a hare playing a harp, originally from a cottage in Powerstock, Dorset and believed to have come from the site of Wytherston Church. It is on display at  Dorset County Museum. 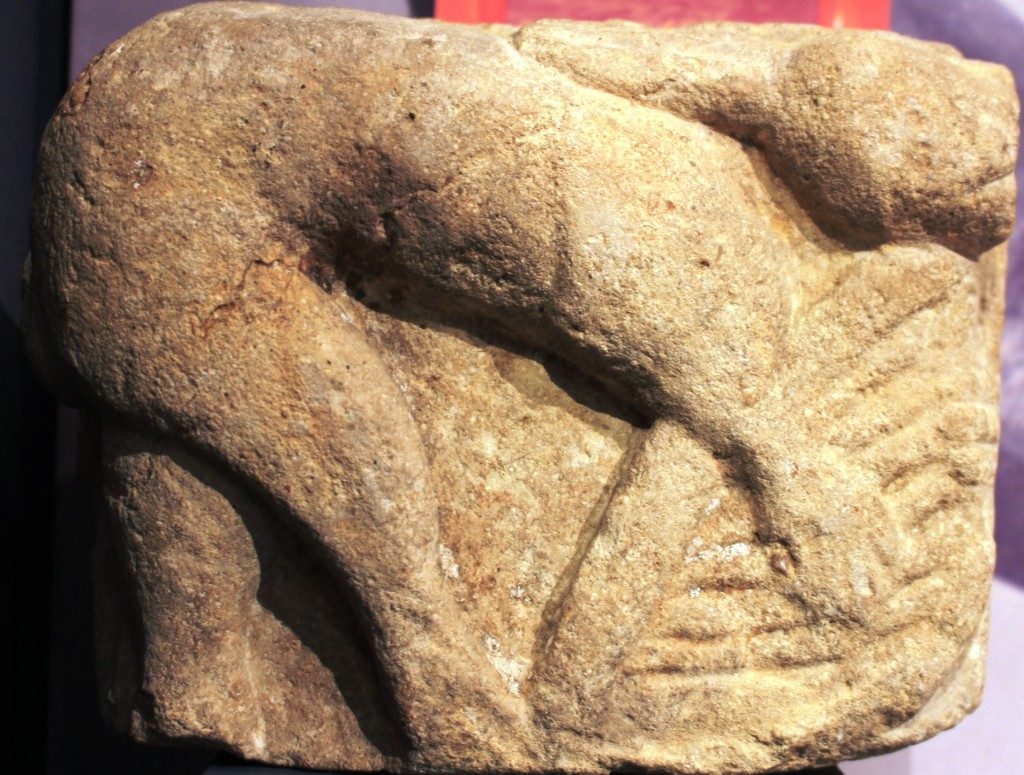 Below: A photograph of one of the stones in The Cove at Avebury stone circles in Wiltshire on which to the lower right hand side, can be seen the image of a hare. 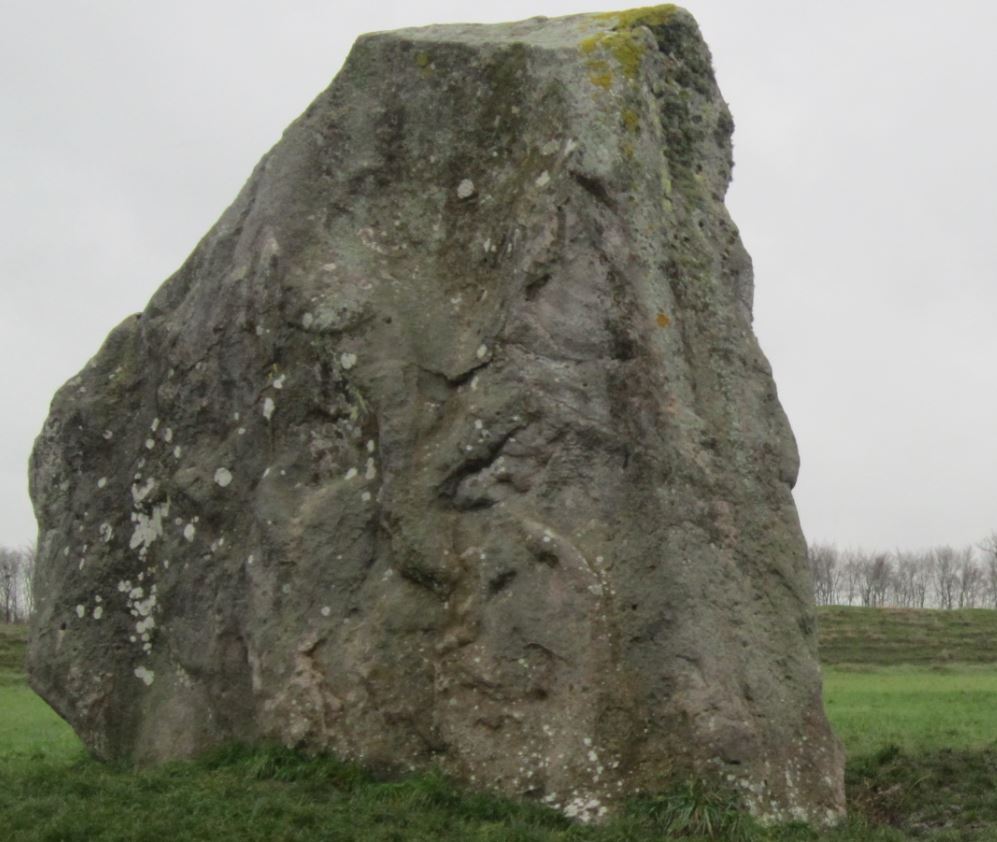 The Cove at Avebury

Thank you to Wesley Smith of Wesverines Prehistoric Sites for use of the lead image above, a photograph of a hare in the Avebury landscape in late winter 2016, and to Sophie Kinsley for the use of her felt hare collage photograph.

Dedicated in loving memory to ‘Charlie’.